From cleaning up rubbish to reaching out to those in need, Cedric Amolis is loved by the OneWave community. 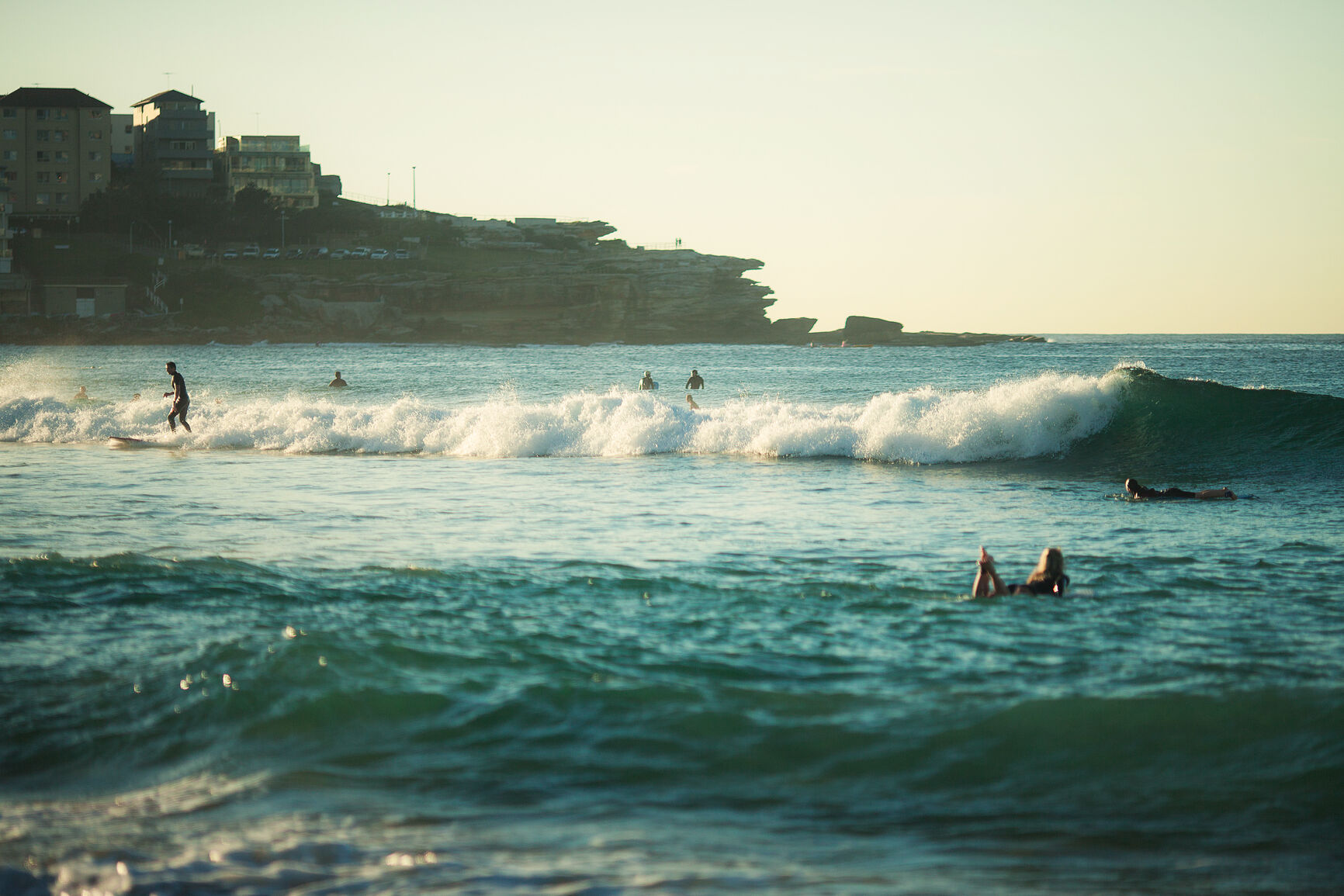 Cedric Amolis requires no introduction down at Bondi Beach. A local for close to a decade, Cedric spends time every morning walking a stretch of the beach and collecting rubbish. At 83 years old, he has a drive to stay active and support his community. “I do a lot of voluntary work, I play bowls twice a week… I’m determined not to be a couch potato watching TV.” In fact, Cedric’s determination to be up and moving is exactly what led to him meeting the Bondi OneWave tribe, a community which Medibank is proud to support.

His desire to clean up the coastal wonderland also serves a more pragmatic purpose—fitness. Five years ago, Cedric had coronary stents put in his heart. His doctor recommended that he exercise more frequently, and so Cedric did just that, starting daily walks from the south to north end of Bondi Beach. He noticed “all sorts of plastics and bits of rubbish” being brought in by the tide, and found that by bending his knees and picking up as much as he could, he was benefitting both the environment and himself. A short time after he began this morning ritual, Cedric had a chance encounter with the Bondi OneWave tribe and the community’s founder, Grant Trebilco.

MORE: Find a OneWave event near you

The shore after the storm

On a blustery Friday morning in 2015, Cedric began his usual routine and took to the sand. There had been a major storm the night before, and Cedric found more rubbish than usual to collect. As he approached the south end, he noticed that there was a group of people wearing bright colours who had been cleaning the rubbish as well. With the litter they’d found piled up on surfboards, they called Cedric over. He recalls the introduction fondly. “They gave me a yellow beanie, put a Hawaiian lei around my neck and said ‘we like what you’re doing and we’d like you to become part of our group.’” After hearing about their free, weekly Friday morning sessions (known as Fluro Fridays) which focus on surfing, yoga and opening up about mental health issues, Cedric didn’t need much convincing.

Since that day, Cedric has joined the Fluro Fridays group at Bondi every week. But it was only two months in to his experience as a tribe member that he remembers feeling like there was something missing. He approached Grant and shared that he was concerned he wasn’t doing enough to help the rest of the tribe. Grant explained to Cedric that with his wisdom and age, simply communicating with and listening to the younger members was already a valuable contribution to the group.

Cedric pondered this, and decided he still needed to add something extra. “I got on my computer and I started looking on the internet for something I could share with the people at OneWave.” It wasn’t long before he realised that he could share famous quotes with the tribe as a means of inspiration. “I gave them John Lennon, Martin Luther King, Maya Angelou, JFK…”, he says. In time, his searches became more focused on general messages of compassion, motivation and positivity which he continues to share every Friday. Most recently, Cedric has even taken to reading jokes to the group.

Although Cedric doesn’t surf and only occasionally joins in the yoga sessions, he sees the benefits of both and knows how important the activities are in terms of bringing people together. In his mind, the power of the OneWave gatherings lies in the compassion, empathy and care of the people involved, and he embodies these traits on a daily basis. He says, “Every day that I go to the beach, I make sure to look for anybody that’s sitting by themselves and I walk up to them and ask, ‘Are you OK?’”

Cedric knows from experience how important it can be to reach out. He recalls saying hello to a woman on the beach early one morning and asking how she was. She immediately burst into tears, admitting that although it was her birthday, she was feeling emotionally very low and isolated from her friends and family in her home country of Brazil. Cedric listened to her, told her about the Fluro Friday gatherings and made sure that she felt like she could come along and be supported. Months later, at a OneWave session on New Years’ Day, he was surprised to find himself being greeted and hugged by the same woman. “She said, ‘Thank you for what you did for me’”, Cedric remembers.

Although Cedric has not personally faced mental health challenges in his life, his passion for supporting those who need help is unwavering. He hopes to spread the influence of the OneWave tribe to as many people as he can, and he beams when he thinks about new tribe members joining in. “Come and join a group of people who will be your friends and care for you forever.”

Learning to cope with intense feelings

Surfing, music and finding your tribe