For too long, women's football has been played in the shadows. Now, a new surge of footy fever has captivated women and girls all across Australia – and they're fiery, swift and unstoppable on field. 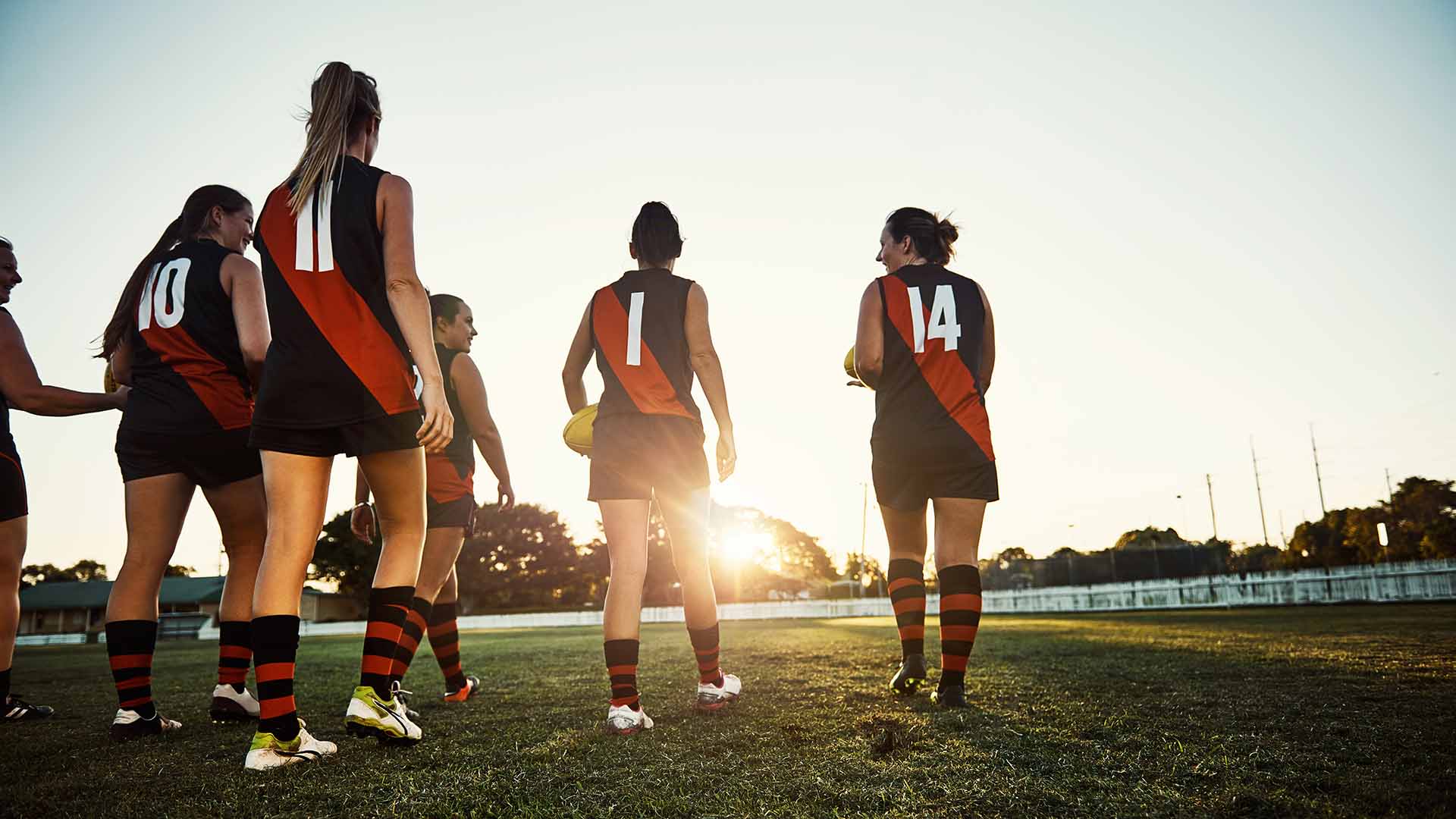 Medibank is proud to be a partner of AFL Barwon.

Footy is in our bloodstream, as Australian as Tim Tams and Ugg boots and summer barbecues. A sea of colourful scarves and flags, the familiar punt of footy boot against ball, a raw outpouring of joy from the crowd – it’s an experience that stirs us up and brings people together.

It’s been 18 months since the AFL launched its first women’s competition, sparking a new surge of footy fever all across the country. From the very first game in February 2017 – where a capacity crowd of 24,500 jostled in Princes Park for a glimpse of the action between Carlton and Collingwood – something big was crackling in the air.

For young women watching powerhouse players like Daisy Pearce, Erin Phillips and Darcy Vescio slaying the game over the eight-week season, an exhilarating sense of possibility was brewing. Footy wasn’t just a boys’ club anymore. This was something real that girls could aspire to do.

At the end of 2017, the AFL reported a mammoth 76% growth in female footy participation across all levels, with women and girls making up a third of all players. This is a moment in Australian sporting history we’ll always remember. And it’s all just getting started.

“I feel like we have an opportunity now to make a real difference within the sporting landscape in Australia,” says Tiarna Ernst, one of the Western Bulldogs’ star players.

Originally from far north Queensland, Tiarna moved to Melbourne in 2013 and started playing for the Diamond Creek Women’s Football Club in the VFL. The idea of one day playing in the AFL was always a fantasy, but like for many female players, she never dreamed it would really happen.

“We knew we had an entertaining product – we knew we could play, and that if people watched us maybe they’d enjoy it as well,” she says. “But I think everyone underestimated how significant it would be, especially that first season. There was a lot of surprise nationally about how much it took off.

“Overnight after that first round, it changed society’s opinions and understanding about what women are able to do on the sporting field. Two years into it, it’s really changed perspectives – we’ve shown that girls actually can play footy.”

Working hard and striving for excellence is in Tiarna’s DNA. Off the footy field, she’s an obstetrician at Monash Health, often delivering three or four babies a night. Her weeks are a whirlwind of long, demanding hospital shifts, hours studying to keep up with the latest medical research, with footy training and gruelling strength and conditioning sessions on the side.

For Tiarna, playing the sport she loves has become so much bigger than just the pleasure of running on the field, the feel of the leather in her hands, the roar of the crowd behind her.

“Seeing the impact it’s having on girls’ lives, that they now have older women they can aspire to be like – that’s the thing that really gives you goose bumps, and that you end up playing for. That’s what I’m really proud of,” she says.

“I’m really striving to be the best I can be on the footy field as well as being a doctor. I hope that gives young girls growing up the inspiration that they can do whatever they want, regardless of where they’ve come from.” 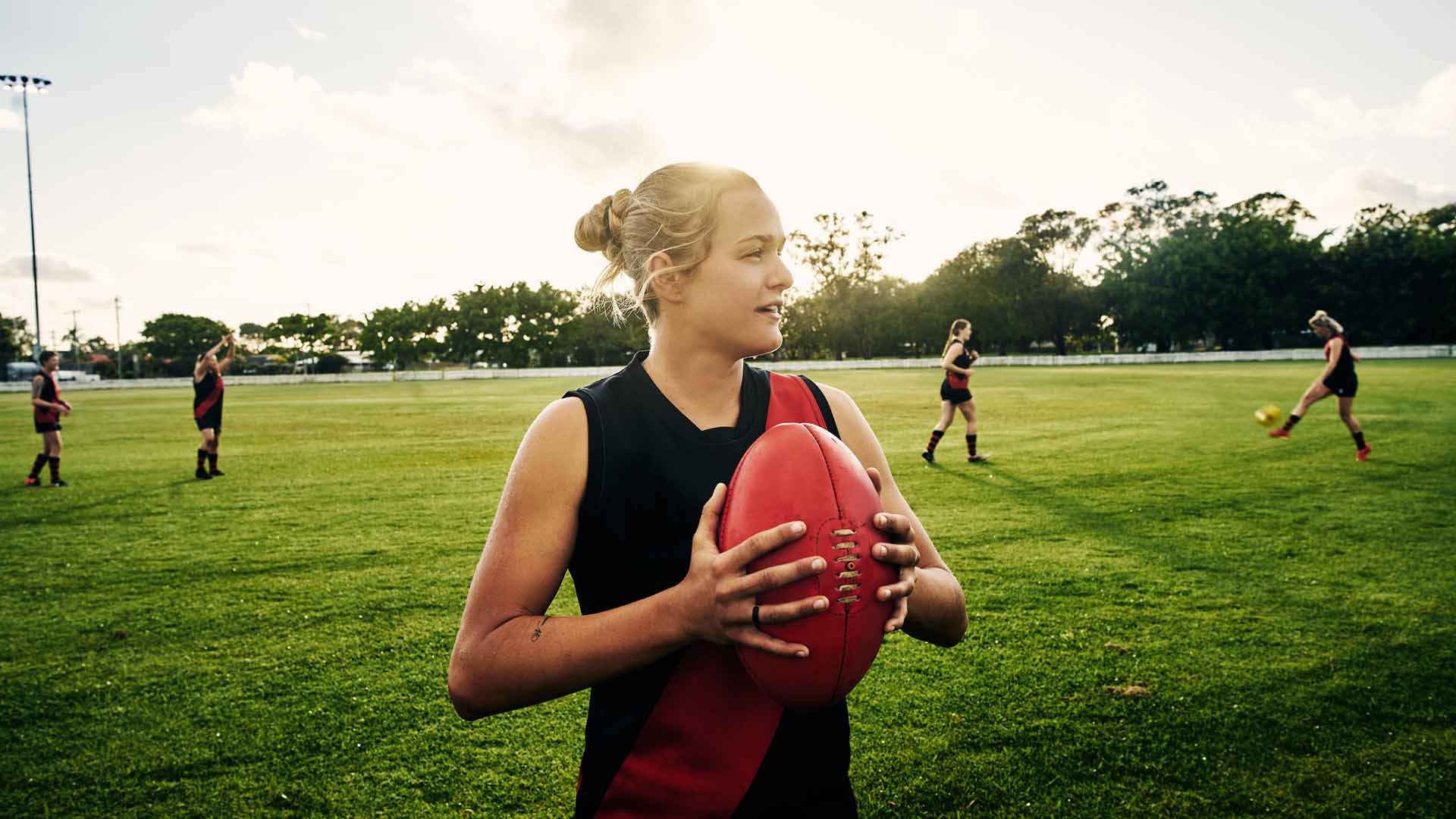 Passion for footy is pulsing at a local development level. In Geelong, young women and girls are flocking towards their local footy fields to show what they’re made of, and the competition is swelling across all age groups. Two years ago, there were 59 women playing footy under AFL Barwon. In 2018, there are 1,600.

“Female teams have grown substantially in the AFL Barwon region, from only four youth girls’ teams in 2014, to now having 60 teams across U12, U15, U18 and open female competitions. This growth looks to continue to rise, with new teams enquiring about entering across different age levels in 2019.”

Women’s footy in the area is bolstered by the influence of the Geelong Cats, who have a VFLW team and will introduce an AFLW team in 2019. This means there’s now a genuine pathway for female players in the region, from U12s all the way up to the national level.

“The future of women’s football is bright. It will continue to grow at all levels as girls receive greater coaching, improved female friendly facilities and further opportunities in development and talent,” Will says. “One key area that will also grow is opportunities for women to gain employment in the industry off field as well.”

For Lauren Marino, a health and physical education teacher, playing for the Geelong Amateurs in the AFL Barwon Division One competition has enriched her life physically, emotionally and socially.

“I love the challenges that come with learning and perfecting the skills associated with playing a new sport,” she says. “Each week I learn something new about the game and the way it is played. I have developed a new appreciation for those that play and now enjoy watching footy from a whole new perspective.

Lauren first started playing footy as a child in her local Auskick program. But as she got older, she quickly found there was little room for girls on the field. “There were no opportunities to play locally growing up. My only chances to play competitive footy were through school competitions.”

“I feel a great sense of hope and excitement for young girls and future generations of women,” she says. “The door is now wide open for women to not only perform and succeed at the highest level, but to also be recognized as the incredible athletes that they are.

“I also feel inspired and motivated, as more and more women are playing sport so the competition is only going to get tougher – which means everyone has to be better and improve!”

Written by Rebecca Howden
Rebecca Howden is the editor of be. magazine and has been writing about arts, culture, lifestyle and health for the past 10 years. She reads too many books and has a cat named Gatsby.

How to make your workout a game