8 AFLW players you need to know 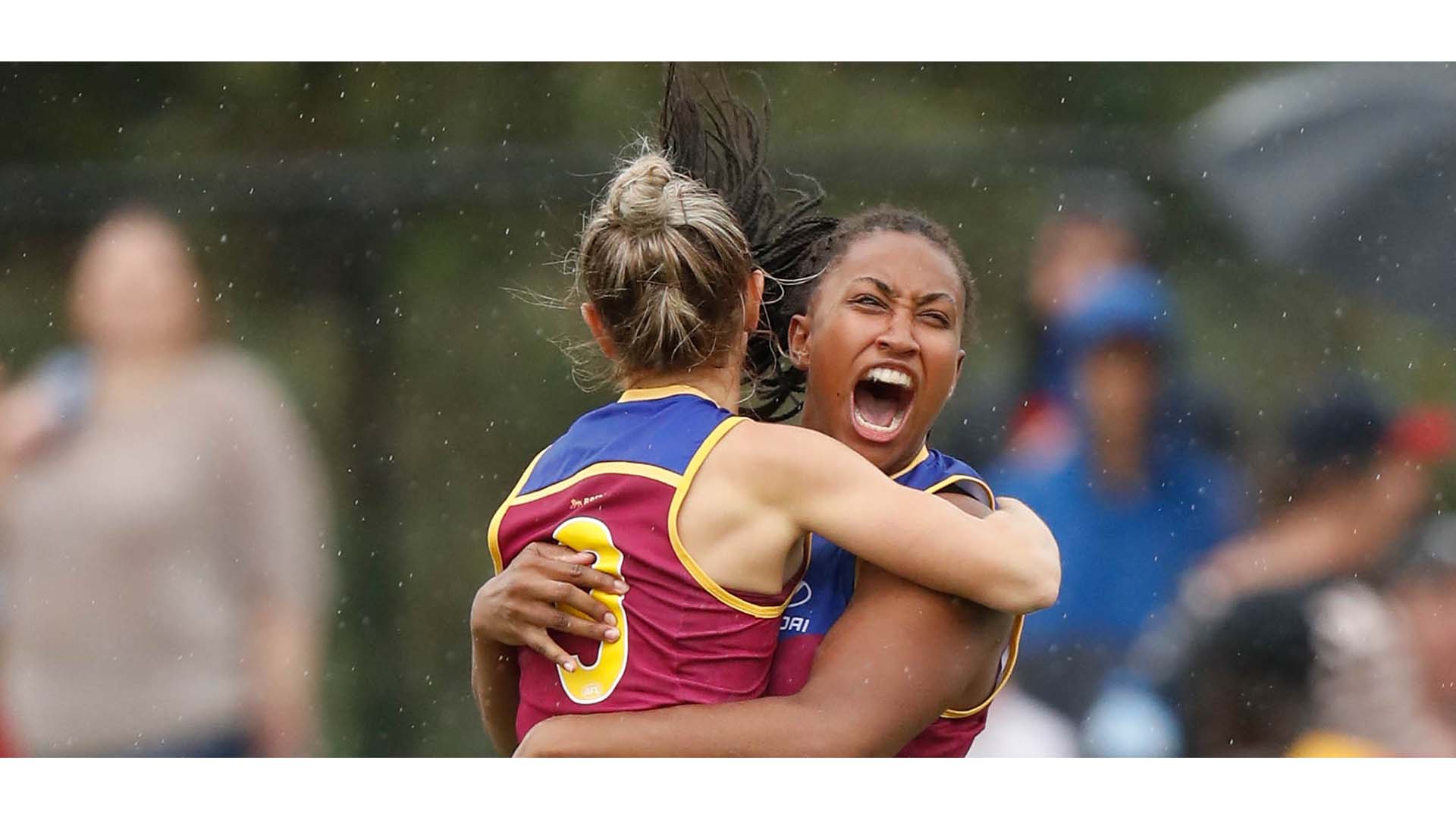 From the very first kick of the AFLW’s inaugural season, one thing was clear – women’s footy is here to stay. There’s no shortage of talent across the eight teams, with every player giving it her all and making huge strides for Australian sporting history.

Here are just a handful of the incredible women you need to get to know.

Darcy’s been playing footy since she was five – and her dedication to the sport shows. In the very first match of the AFLW season, the 23-year-old was a clear star on field, kicking four goals to the soundtrack of a crowd roaring her name. Before she was selected as a marquee player for Carlton, she played for the VFLW’s Darebin Falcons, where saw three premiership wins. A woman of many talents, Darcy also works for Carlton as a graphic designer, and was involved in the design of the women’s guernsey.

One of the most recognisable faces in the league, Mona is a strong and skilled full-forward. She comes to Collingwood from the VWFL’s St Kilda Sharks, where she’s racked up over 200 games and regularly tops the goalkicking list. By day she works as a traffic operations manager, and is a carer for her sister, who has a rare disability. After a moving appearance on ABC’s Australian Story, she’s also quickly making a name as an inspiring media personality.

She’s widely considered the best in the game. Over her years as captain of the VFLW’s Darebin Falcons, Daisy has earned a reputation for her speed, agility, toughness and versatility on field, and in 2016 she was named the AFL Football Woman of the Year. By day, the 28-year-old former midwife now works for Melbourne as an intern.

She may be small, but she’s tough and hardworking, with a strong left foot kick. Another Darebin Falcons star, Jessica was picked as a priority player for GWS and has proved to be a real asset to the midfield. Outside footy, she’s studying health science, loves surfing and hiking, and works as a netball and football coach.

Erin’s better known as a professional basketballer – she plays for the Dallas Wings in the WNBA, and has represented Australia, including scoring an Olympic silver in 2008. Now, as co-captain of the Crows alongside Chelsea Randall, she’s quickly making herself a new name as a stellar footy player with a strong, accurate kick. If that doesn’t keep her busy enough, Erin and her wife Tracy Gahan are also new mums to adorable twins Brooklyn and Blake.

One of the tallest players in the game, Akec (known as Suzie to her friends) is a fantastic ruck and is known for her agility on field. Born in South Sudan, she spent 12 years living in a refugee camp in Kenya before coming to Australia. The 24-year-old was recruited from the WAWFL’s Swan District, and by day she works as a community engagement coordinator at the WAFC.

After moving from England as a child, Sabrina started playing footy with the boys to help her get used to Australian life. Now at 20 years old, she’s a star full forward for the Lions, known for her clean footskills, high leap and strong overhead mark. Off the field, Sabrina studies sports psychology, and she’s also an accomplished guitar and clarinet player.

Katie was picked as captain for the Bulldogs after three years with the Darebin Falcons, where she booted over 150 goals. The Queensland-born star forward has been praised for her fierce work ethic, endurance and natural leadership. 23-year-old Katie also runs her own strength and conditioning business, KB Performance.

7 reasons to see a physio before you get injured