The history of the treadmill

Treadmills are a staple of the modern gym, but these devices have been around for centuries. 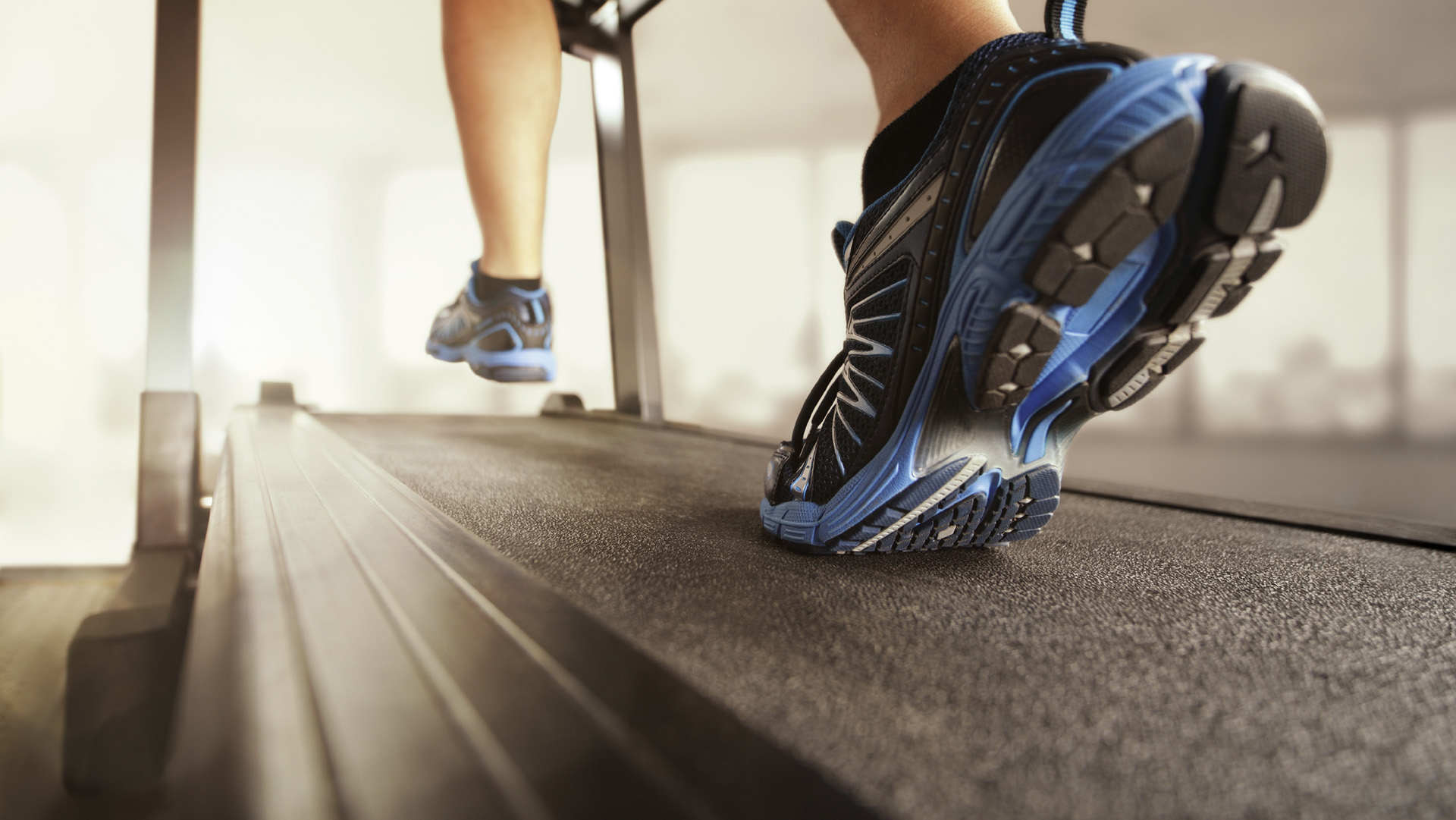 No one knows for sure when the first treadmill was invented, but three basic types have been around since ye olde times.

The most common involved a horizontal beam, usually strapped to oxen, mules or even human slaves, turning on a vertical shaft. The second type was a vertical wheel with internal steps – pretty much like a hamster wheel, except, y’know, with more nasty whips involved. And the final iteration involved a sloped, moving series of stepped platforms assembled with wooden planks, rope and pulleys that required constant climbing in order to turn.

Much of the Ancient World’s spectacular architecture – from the Egyptian pyramids, to the castles and cathedrals of the Middle Ages – are due to the legacy of the Roman Empire’s Polyspastos treadwheel crane, which allowed four men to lift as much as 3000kgs (and sometimes double that).

By the mid-19th century, farmers were using various types of beast-powered treadmills to draw, pump or lift water, and later, ground grain – most notably in the form of the rotary grain mill. In fact, a horse treadmill’s basic design, which was patented in 1834, is still used today in racehorse training. Even man’s best friend was brought in on the fun – dog treadmills became a trendy piece of kitchen equipment as a means to use centrifugal force to separate milk, churn butter, shell corn or sort beans. Sure, it probably meant dog hair wound up in the butter, but housewives dug ’em!

Then, in 1818, came a guy called Sir William Cubitt – a name that many a convict would come to curse. See, during that time, there existed a notion in penal governance circles that, aside from a daily dose of Bible, hard labour was the only practical way to “rehabilitate a prisoner’s soul and cure them of their criminality and idleness”. So, being an engineer, the son of a miller and, let’s face it, a bit of a sadist, Cubitt invented the prison treadmill. Hapless jailbirds were lined-up on a six-metre paddle wheel and forced to walk up a steep stepped incline that encircled a 2metre cylinder. Chained to a banister for stability, they climbed (depending on their degree of punishment) for up to ten hours a day (roughly 4,300 metres). Countless collapsed from exhaustion and sometimes died, and it became an instrument of fear in English and American prisons. Eventually, after the degree of cruelty came to be understood, it was phased out.

While there was an American patent issued on a treadmill-style ‘training machine’ in June 1913 and treadmills for the home pet took off in the early 1930s, it took until 1952 before anyone decided to reintroduce human application. Studying heart and lung disease, Washington University’s Dr Robert Bruce and Wayne Quinton invented the first prototype of an exercise treadmill. Expounding on their theories, a bloke called Dr Kenneth H Cooper wrote a book called Aerobics in 1968, where he basically said everyone should own a treadmill if they want to stay healthy and live longer. And sure enough, an entrepreneurial mechanics boffin from New Jersey called William Staub, read Cooper’s book and saw a gap in the market for affordable home treadmills – he built one, dubbed it the PaceMaster 600, and called up his buddy Dr Cooper to test it out. Sales went gangbusters, treadmills became a must-have device for the modern exercise buff, and the brand remains iconic to this day.

As for ol’ William Staub? Well, he was an avid user of his own equipment and lived to the ripe age of 97 before shuffling off this mortal coil… Or should we say, jogging off this mortal conveyor belt. Shucks, maybe there’s something to running in one spot after all? Shame the view sucks.

5 ways your body changes by running