Londoner Huw Gill tells us about his ideal morning routine — a swim with old and new friends, followed by a coffee. 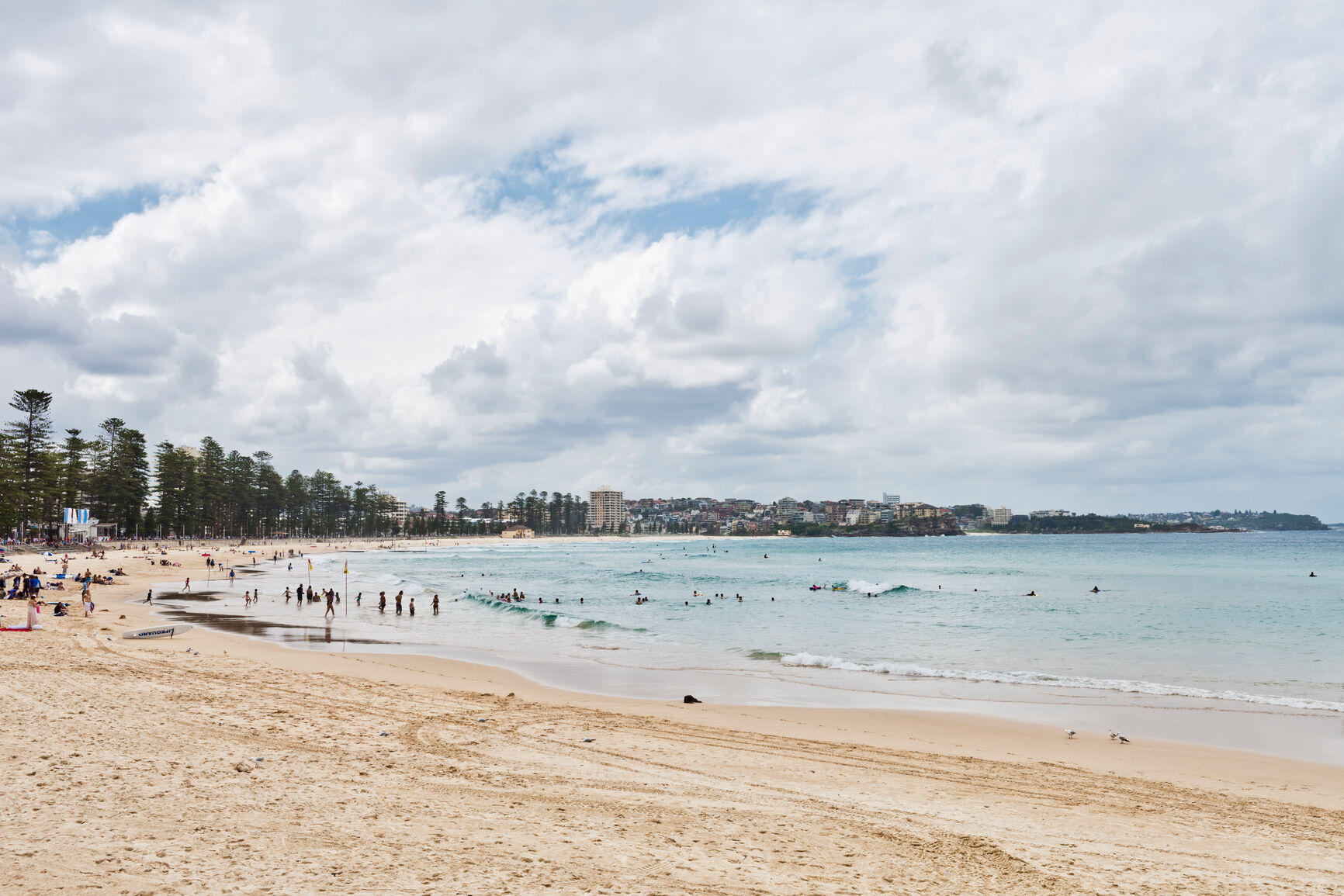 Hailing from London, 46-year-old Huw Gill is no stranger to the cold. But even for many Londoners, the idea of going for an early morning ocean swim in the middle of winter might send shivers down their collective spines. Huw has no such reaction. A passionate member of the Bold and Beautiful swimming club, Huw swims along the Manly coast every morning of the year—from the height of summer to the middle of winter—and he absolutely loves it.

For Huw, there’s a good reason to brave the cold water (though Bold and Beautiful caution that participants swim at their own risk at all times): “The advantage in winter is that there’s less swell, less chop, the water’s really really clear. So your reward is swimming with fantastic sea-life… It’s like swimming in an aquarium every day.”

Huw joined Bold and Beautiful in December of 2013, although he’d heard about them months prior. He’d already been a resident of Manly for some time, and in April that year, Huw had caught wind of the club and was interested in finding out more. He thought the free organisation, which facilitates morning swims along Manly Beach sounded right up his alley. But, as bad luck would have it, shortly after he ended up meeting with some members, he needed to move away from the suburb and couldn’t make the long trips to the beach. It wasn’t until that December that he was able to make his way back, and he’s been diving in every morning since. As he says, “It’s an incredible way to start the day.”

With a busy professional life, Huw thinks the structure of the Bold and Beautiful meet-ups is perfect. The main daily swims take place at both 6:30AM and 7:00AM, allowing for people like himself to start the day off with waves and coffee (“Coffee after a swim is a must,” he says) before heading to work.

He estimates that an average day would see around 150 participants and up to 300 in the summer months in the group he swims with, although he’s quick to point out that the numbers can grow significantly. While holidays like Australia Day might attract between 600 - 1000 swimmers depending on weather and ocean conditions, Huw says that any day of the year will have “newbies”, many of whom aren’t even locals. “Lots of people will even join in while they are travelling. [They] will swim for a couple of weeks while they’re here in Sydney before they head off.”

Though new members joining the group is commonplace, Huw also enjoys the long lasting friendships that have grown out of his participation in the Bold and Beautiful swims. “Being new to the area, it’s a great way to meet new people and make friends. I’ve got a solid friendship that started with swimming, but now we spend Christmas together!” In fact, Huw points out that the social aspect may even come before swimming for some. “I think the group would be happy to describe themselves as ‘a social club that swims’.”

For anyone considering joining in with the morning swims, Huw’s advice is simply to dive in. “It’s a fun exercise – we’ll help, support and encourage anybody and everybody to come and give it a go.”

Bold and Beautiful is an informal group who meet at the front of Manly Lifesaving Club and swim at 6:30AM and 7AM, 7 days a week from Manly to Shelly Beach and back, approximately 750 metres each way. Each swimmer has a personal responsibility to decide whether or not they swim on any particular day. They should only swim if they are completely confident about the conditions of the surf, ocean and weather that they are choosing to swim in, as ocean swimming can be a dangerous recreational activity.