Paralympian Sam Bramham shares his advice for getting the most out of life. 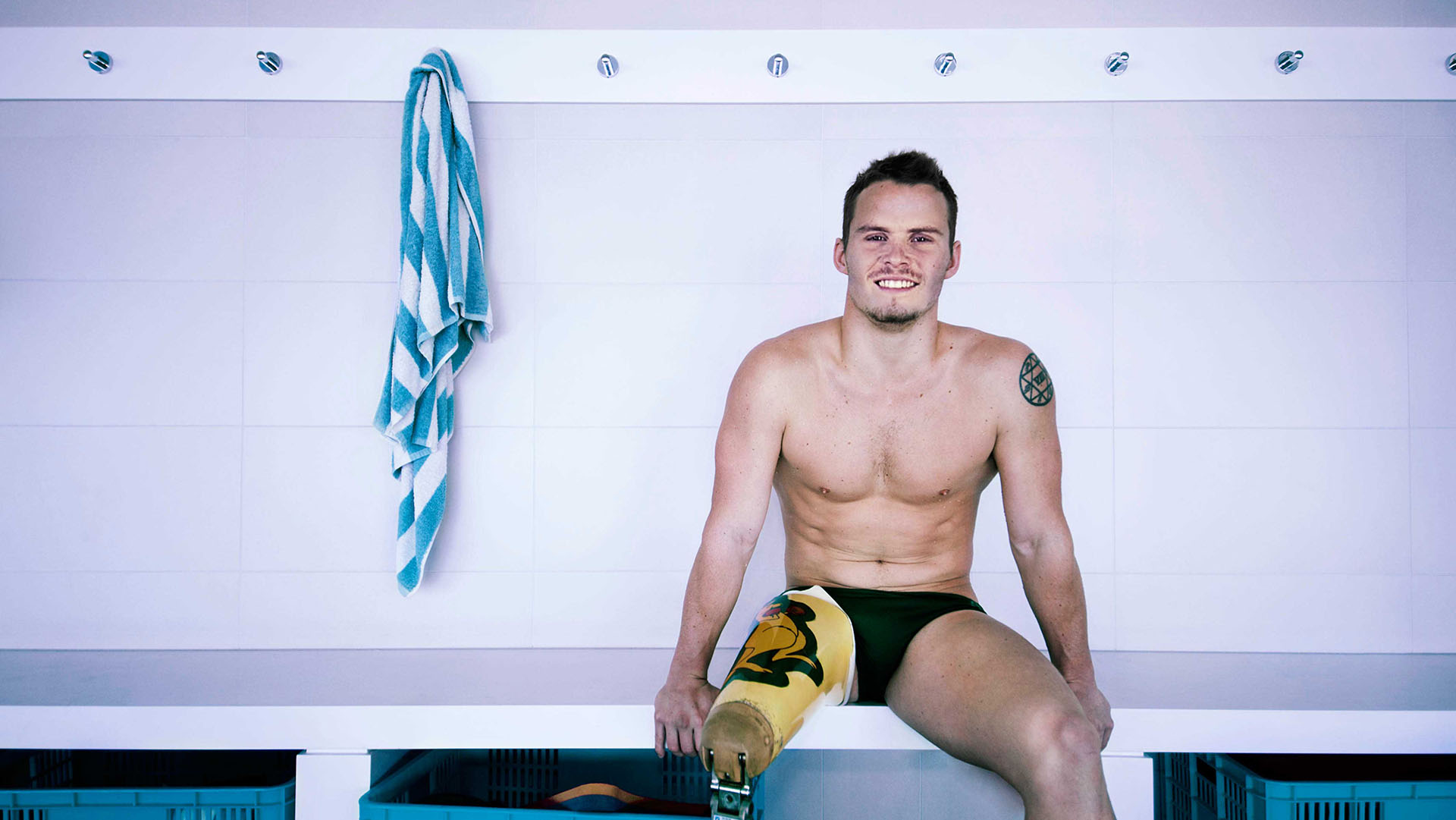 There’s more to Sam Bramham than meets the eye. On the one hand, there’s Sam the swimming champion, who won a chestful of medals at the 2004 and 2008 Paralympics, and is gearing up for gold in the first ever Paralympic triathlon in Rio 2016

Then there’s the fun-loving prankster, who made international headlines when he told an American journalist that his leg had been mauled off by a kangaroo as a child, and who once spent a night in jail after he and his mates faked a shark attack on a busy NSW beach, using McDonald’s tomato sauce for effect.

And then there’s the captivating motivational speaker, who was awarded an Order of Australia medal for being an inspiration to Australian youth.

In his new autobiography, Three-Quarter Man, Sam shares his story with characteristic candour and wit – from having his leg amputated at the age of 5, to hitting his stride in the pool, to some very funny tales about the mischief athletes get up to behind the scenes.

We had a chat with Sam about achieving goals, staying positive, and life in and out of the pool…

What made you want to become a swimmer – and do it professionally?

Originally I hated the water. There videos of me as a toddler crawling around the edge of the pool, more interested in the creepy crawly than the water. It’s ironic that I went on to choose it as my profession. I really engaged with swimming after my first operation. I lost a lot of muscle and fitness, and swimming was recommended to me as a good non-contact sport to get it all back so it took off from there. I decided to take it to the next level when I was 13-14. I wanted to be the best and set my sights on the 2004 Athens Paralympics.

You've had an incredible career so far. What have been some of your proudest moments?

It’s been a lot of fun. Really. Meeting people and travelling the world while doing something I love is incredible. I always find it awkward to talk about the success I’ve had with swimming. But I am proud of what I’ve achieved. My proudest moment to date is watching my friend Laura win her school wheelchair race. I visited Laura, 8, at the Royal Children’s Hospital after she had both of her legs amputated due to sepsis. She really wanted to engage is sporting opportunities once she got back to school, so I arranged a wheelchair event at her school with the other kids. She was so nervous the night before. Long story short – she won the race. Well, smashed it! She felt included and was happy, so to facilitate and be involved with that was a very proud moment for me.

Your book is full of hilarious stories about what goes on behind the scenes in the world of elite sport. Can you share one of your favourite anecdotes?

My favourite ones didn’t make the book as they were too rude. There is so much discipline which is a bad thing for me because it encouraged me to rebel. That discipline fostered an environment where we could set up some comical opportunities. My favourites have been lying to the American media that my leg was mauled off by a kangaroo and hiding each other’s mobility aids. There have been repercussions for my bad behaviour though. I once had my bathers torn off me and pushed down a water slide when we were in America.

Who have been some of the most important or inspiring people in your life and career so far?

Mum and Dad are my most important and inspirational. They made me! They also sacrificed a lot so that us kids could have a great life. But specific to swimming, it would be Michael Klim and Geoff Huegill.

You seem to have such a positive outlook on life. What are some things you do to relax and deal with stress?

I like to think so too, but I can definitely get into moods from time to time. Be a bit of a cynic, so to speak. We are human; it’s only natural to go through the emotions. Staying active and positive can get pretty exhausting and I need my down time. I like working on my car by myself or throwing on a Mad Max movie. I can’t wait for the fourth one to come out!

Outside of the pool, what do you like to do with your spare time?

Hanging out with friends and family. I love their company. Each one of them offers me something different. I also enjoy working on my car – Valiant Charger. My brother is a mixologist, a professional cocktail maker, so I try and grab a drink with him whenever I can.

Your story inspires people, and you're well-loved as a motivational speaker. What are some of the key messages you want to give people?

Do stuff, try stuff. Didn’t like that stuff? Try other stuff! We should be constantly trying and experiencing new things. That’s how I feel we can best develop as humans. Once we find something we can really enjoy, revel in it and give it a good crack! Hone your skills and upgrade yourself. That’s something that anyone can do. If you then want to be the best at something, just know that it won’t be easy – it’s supposed to be hard. If it was easy then everyone would be doing it. It will take commitment, consistency and sacrifice. That’s what really separates the ‘breakers’ from the ‘world record breakers’.

5 ways Fitbit can help you reach your goals