Surfing, music and finding your tribe

Even when he’s touring the world, internationally recognised musician Billy Otto can't wait to get back to his next Fluro Friday. 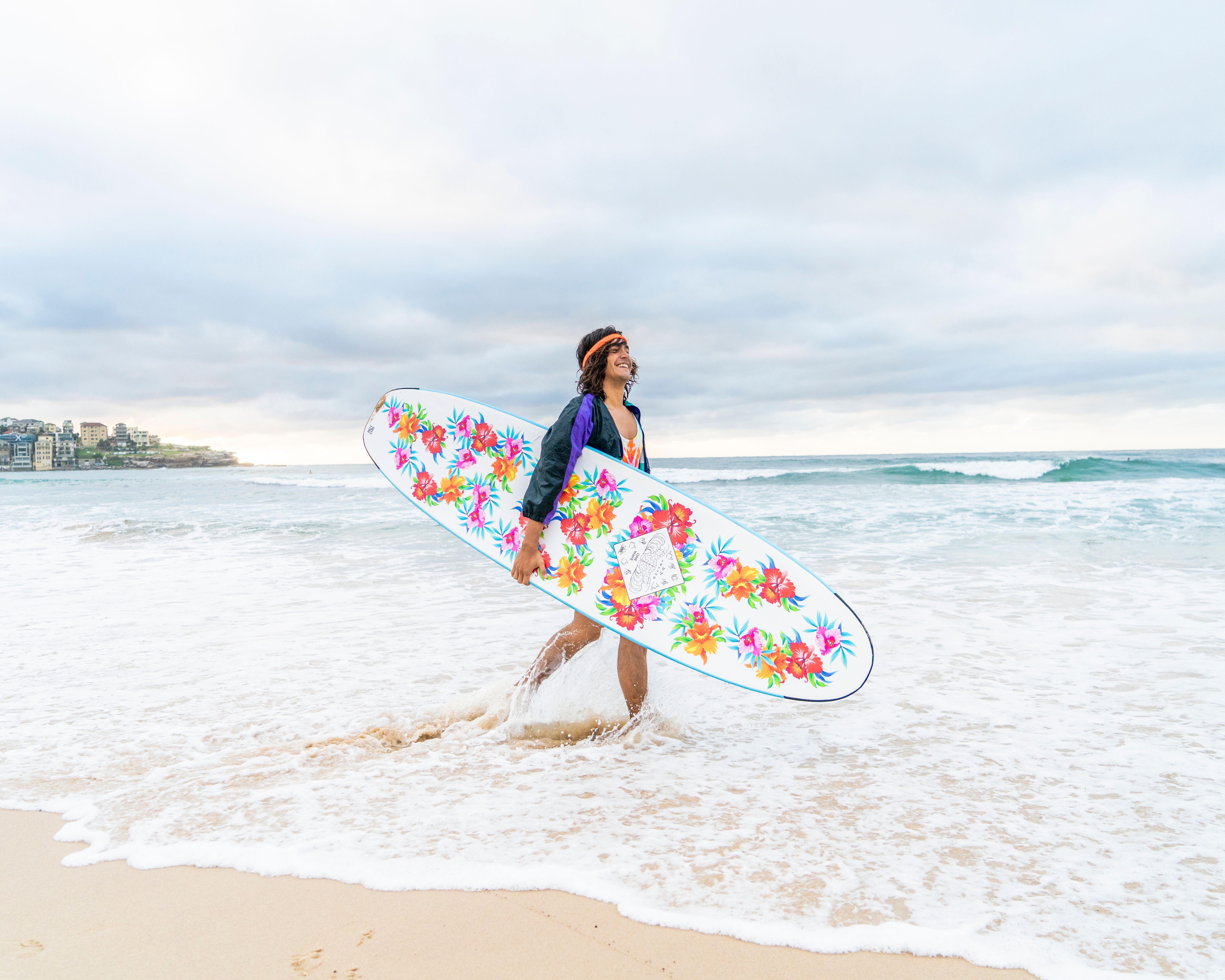 Billy Otto believes in the potential for art and music to create change for the better. From singing harmonies with his siblings at the age of four, to signing with a record label at just 15, Billy’s extraordinary talent has seen him grow into a professional, internationally recognised musician. Now 31 years old, Billy has become a part of a community that he has found a kindred sense of compassion in: OneWave. A surfing community sponsored by Medibank that proudly boasts a unique method of raising awareness about mental health, Billy is always eager to share the story of how he came to find himself a member of the tribe.

Billy found himself at his first Fluro Friday (the name for the weekly OneWave gatherings where everyone is encouraged to dress in colourful, attention-grabbing outfits) in 2018 at Bondi Beach, the site of the community’s 2013 conception. The world-famous beach wasn’t new to Billy (a Newcastle-born, avid surfer now based in Sydney), but he remembers the uniqueness of the OneWave event like it was his first time there. He was at his self-described “lowest point” mentally following on from the break up of a relationship, and had been encouraged to attend the event by a friend. The experience was unlike any other, and Billy realised he had found a network of people (or ‘tribe’, as the group describe themselves) who understood his pain. “I talked to so many people who had been through similar things, and I just realised that I wasn’t alone in this great battle.”

Billy recalls his own mental health struggles beginning when he was only 13 years old. A confident, popular young teenager, he was suddenly confronted with ongoing cyberbullying and racial abuse from a group of older students at his school. Feeling insecure and powerless, his demeanour began to shift, and soon Billy found himself struggling with new, unfamiliar thoughts. “I wanted to sleep and never wake up. I just knew I didn’t want to exist anymore.” He remembers feeling unable to share his confusion and depression with anyone, a feeling he is keen to help prevent in others now. Connecting with the OneWave mantra of ‘it’s OK not to be OK’, Billy stresses the importance of making earnest discussions about mental health “not an anomaly, but normal.”

More: Find a OneWave event near you

Since these teenage years, Billy has grown acutely aware of how important it is to be open and honest about mental health. His 20s presented him with further challenges, and even now, he shares that it’s crucial for him to have a support network in place. “I’m 31, I’m still alive, I’m thriving... but I can still come down, just crash. What OneWave does is it keeps me in check. Knowing that I have a completely supportive network is massive. We need our anchors.“

A member of both the Bondi Beach and Byron Bay tribes, Billy loves seeing his fellow OneWavers dressed in a rainbow of colours on the beach, encouraging anyone to join in and “making invisible struggles visible.” With his ‘mermaid tights’ on, he and the rest of the tribe draw attention from locals, many of whom often end up approaching the group out of curiosity and join in the session. The Fluro Friday sessions are free and welcome to anyone who wants to come along. People who attend are encouraged to open up about their mental health struggles in an ‘anti-bad vibe circle’ if they want to share, and are able to surf or do yoga with the group if they want to.

Billy is quick to emphasise that the inclusive nature of Fluro Fridays applies equally to surfing and the anti-bad vibe circles. “You’re with good surfers, you’re with beginner surfers and everyone just protects each other. It’s the perfect place for anyone who’s interested in surfing.” OneWave members know this ritual of getting out in the ocean as ‘saltwater therapy’, and Billy couldn’t agree more with the benefits - or the fun. “There’s no better way to start at 6:30AM on a Friday...You have a good chat, you have a good hug, you have a good catch-up, then you’re out the back with 30 or 40 legends sharing a wave.”

Enjoying the “protective” magic of the ocean combined with the support of his fellow tribe members has had an effect on Billy that he hopes more people can share and understand. “I think I’ve realised that I’m in solidarity with hundreds of people, even just in Sydney, that see mental health conversations as a beautiful thing, a human thing and a relational channel.” He can’t wait for the next Fluro Friday, regardless of whether he surfs or even shares any personal stories with the tribe. After all, as Billy puts it, “just being there is healing.”