Hosting Fluro Fridays at Woopi Beach allows Lisa Nichols to help her community become even brighter and more supportive than before. 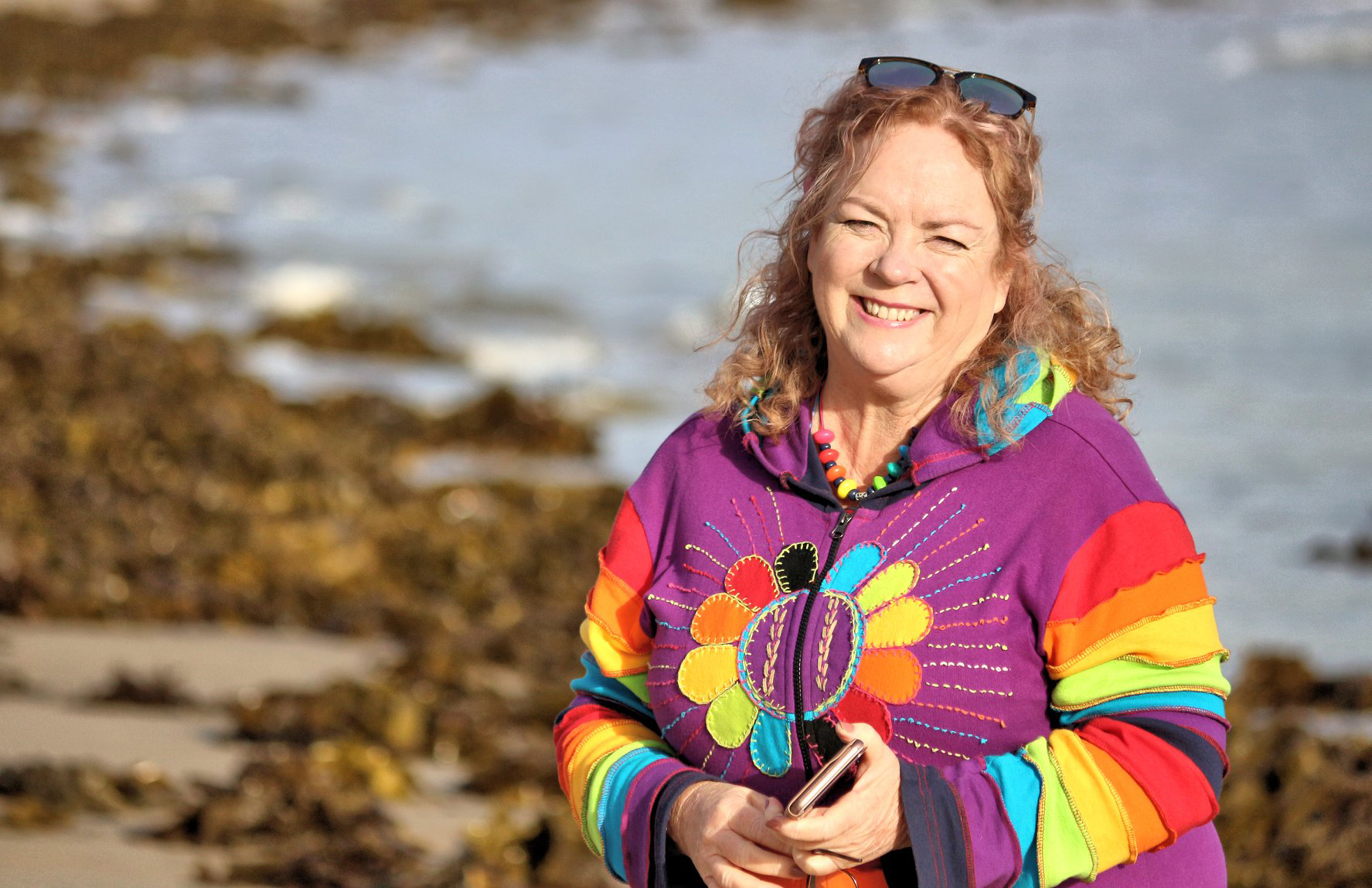 After her mother suicided in 1988, Lisa made a promise to herself to learn more about mental health and educate people about depression. She has since helped turn the coastal town of Woolgoolga (or, “Woopi”) in northern NSW into a community brimming with colour. Along with her Fluro Fridays partner Brett, Lisa is making sure that Woopi doesn’t shy away from conversations about mental health.

Where the waves started for Woopi Beach

Lisa first heard about OneWave through a chance encounter her son had on a bus. He had met a young woman who was part of Fluro Fridays in Bondi and discussed the program with him. She explained that OneWave holds weekly ‘saltwater therapy’ sessions that utilise surfing, yoga, open dialogue and colourful outfits to raise awareness of mental health. Lisa’s son later saw her in a OneWave video online and shared it with his mum along with a simple question: “Why don’t you do this in Woolgoolga?” Soon after, the Woolgoolga OneWave tribe was born.

It’s been 3 years since then, and Lisa has been making sure the town is as brightly decorated as it is willing to talk about mental health. From the magic of walking into a sea of colourful outfits early on a Friday morning, to passing by street art surfboards painted yellow, the constant vibrancy is a reflection of the spirited community. Following the Fluro Fridays tradition, members of the community hope to raise awareness about mental health and encourage others to open up about their own struggles by wearing bold, eye-catching outfits. As for Lisa’s go-to look? “Lots of different colours that don’t go together. Sometimes I wear a wig, sometimes I wear silly glasses. I have a really beautiful jumper that’s stitched together from all different colours, everyone calls me Princess Rainbow Arms.”

More: Find a One Wave event near you

In the end, though, for Lisa and her tribe, embodying the passion and spirit of OneWave is about more than just wearing striking costumes. In fact, for the Woopi tribe, ‘freeing the funk’ doesn’t even have to rely on surfing. With the majority of its members aged between 40 and 80, Lisa says their focus is “more on talking and on our ‘anti-bad vibe’ circle”.

She also notes that although some people come down on Fridays to find mental health support, “not everybody there has suffered from depression, but everybody is there to be respectful about it.” This sense of camaraderie also extends well beyond the Fluro Friday catch-ups, with multiple members becoming close friends. Lisa fondly recalls seeing former strangers walking down the street on their way to get coffee together after meeting through the tribe.

A community of caring

The caring, understanding community are there for each other through thick and thin. Lisa remembers one member who was going through a particularly difficult time, unable to find the energy to leave his home for almost a month. The Woopi OneWave tribe made sure to text, email, call and even visit his house in person. Though he didn’t feel able to respond at the time, he later thanked the tribe for their support, saying that knowing he was loved and valued helped him survive.

Being a part of the OneWave community has had an enormous impact on Lisa, as well. “Fluro Fridays has changed my life in [that] I feel proud that I can help other people, and that we’ve been able to create such a beautiful group in our community…It’s healed my heart from the death of my mother.”

As such a passionate, empathetic and committed tribe leader, Lisa was invited by OneWave founder Grant Trebilco to share her story at a unique Fluro Friday in Bondi. The tribe there was accompanied by two special guests - the Duke and Duchess of Sussex. Lisa says that Prince Harry even shared some of his own experiences of mental health issues, a testament to the power of the OneWave experience.

More: 10 Ways to bring mindfulness into your day

After spending time with the tribe and getting a taste of the Fluro Fridays recipe, Lisa remembers him saying, “I’m not a doctor, but this is lifesaving.” At that moment, another voice piped up in the group and said, “I am a doctor and, yes, this is lifesaving.”

After three years of forming such fantastic memories and helping so many people in her community, Lisa still loves the Fluro Friday experience. “I feel quite euphoric after…[it’s] so natural, so healthy, and it doesn’t cost you anything.” It’s not surprising, then, that her advice for anyone who might be considering getting involved is simple. “Don’t hesitate. Once you walk into that circle, everyone will welcome you in.”

How to create a gratitude ritual