7 delicious native Australian foods to get to know

Add these local superfoods to your dishes for a uniquely Australian flavour infusion. 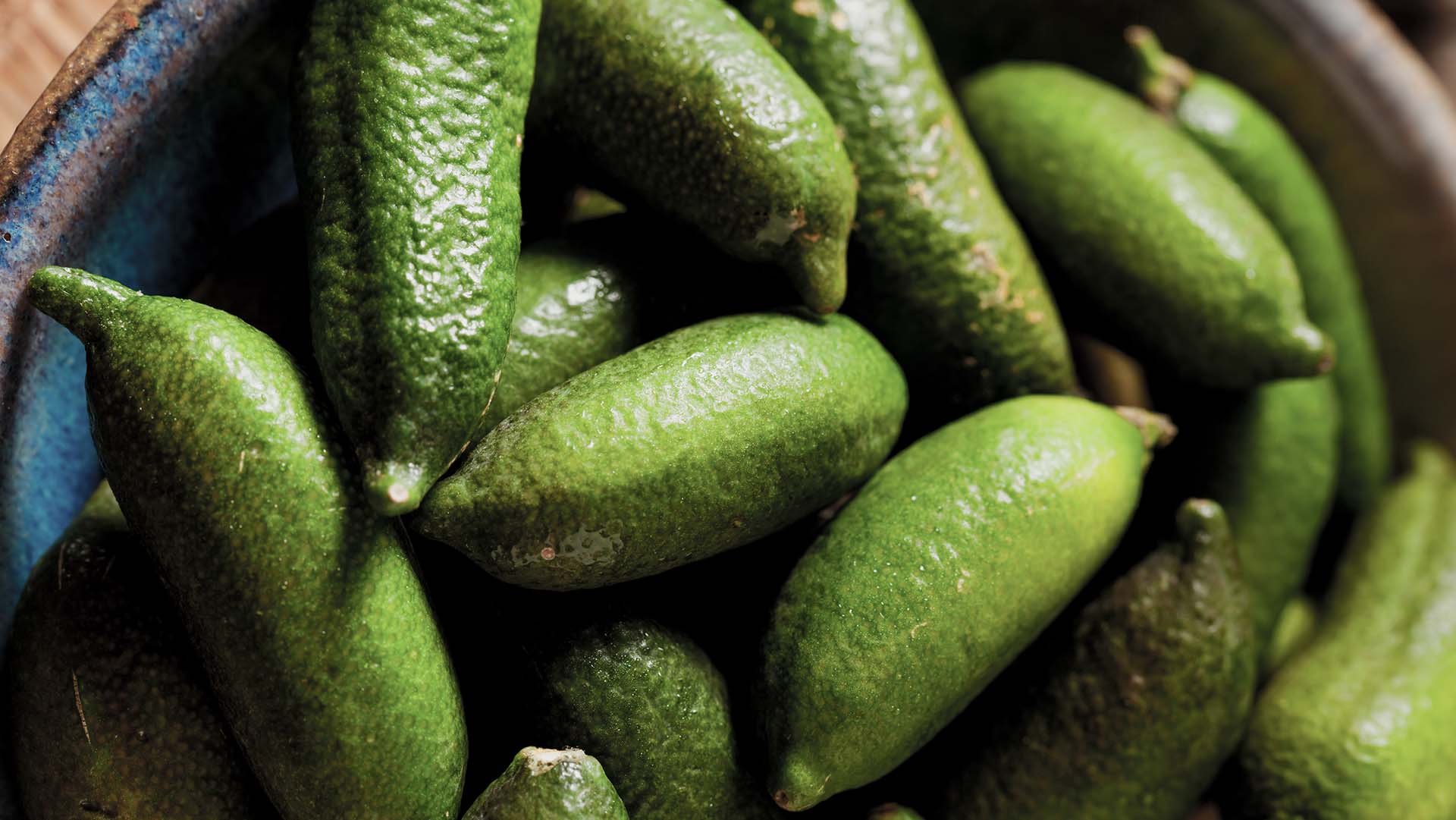 The animals of Australia are attention-grabbers. It’s no surprise that when people think of Australia, the kangaroo comes to mind. Then you have the postcard-worthy delights of the wombat, the platypus, and the quokka.

Our plants get a little less attention. Yet, beautiful, fragrant, and distinctive native plants dot the Australian countryside. They look, smell and even taste completely unique. The ways in which they have adapted to the rigours of the diverse landscape they evolved in are fascinating.

So too, is their relationship to the people who traditionally roamed Australia.As well as using them for nutrition, Indigenous Australians used native plants in precise ways for healing. When plants were used traditionally, they were prepared in a number of ways. Some were part of a ‘smoking ceremony’, with the resulting smoke inhaled or wafted across exposed parts of the body. Other plants were chewed slowly, or mixed with animal fats and made into a poultice which could be applied to the skin. We’re only just beginning to understand the science behind these traditional treatments.

From food as medicine, to bush tucker, to haute cuisine, these indigenous ingredients can be found illuminating the flavours in high-end restaurants around Australia. With the meteoric rise of our local chefs to international prominence, our native plants are enjoying the spotlight. They are now widely sought for the unique flavours, textures and nutritional benefits they bring to a dish.

You don’t have to pop into a hatted establishment to enjoy local ingredients. Add them to your own dishes for a uniquely Australian infusion, while soaking up the benefits of these local superfoods.

The gherkin-shaped Australian Finger Lime, or Citrus australasica, is native to the rainforests of south-east Queensland and north-east New South Wales. Often described as ‘lime caviar’ for its small bead-like crystals of tangy juice, demand for these unusual looking fruits has skyrocketed since being used by high-profile chefs like Ben Shewry of Attica and Shannon Bennett of Vue de Monde.

Sometimes called the Bill Goat Plum, with fifty times the vitamin C of oranges, the Kakadu Plum is the richest source of Vitamin C in the world. Endemic to wooded areas in the Northern Territory and Western Australia, the nutrient-packed Kakadu Plum looks like a small, yellow plum and is often made into a jam or pickle.

The tangy smell of Lemon Myrtle lines the coast of Queensland. The oil from the tree is used in a huge range of products, scenting soaps, oils and air fresheners. The leaves are used in cooking though, |and give any dish a bright lemon flavour. Popular pairings are fish and chicken, but the flavour also makes a wonderful and refreshing sorbet, and the leaves can replace bay leaves in a stock or sauce.

Also called quandang or quondong, this is a species of Wild Peach. The tart fruit has a large kernel, but the flesh around it is packed with nutrients, including Vitamin C. The quandong can require a bit of experimentation, and experts in using the fruit often recommend drying it, creating a tangy snack similar to a dried apricot.

Alternatively known as sea celery, this herb grows along Australia’s southern coastline. The proximity to the sea means that the plant draws nutrients from the sand and composted seaweed, giving flavour to the leaves. The unique taste adds an edge to soups, stews, sauces and butters.

You’ll have to venture into Tasmania’s sub-alpine regions to find a Snowberry, but you’ll be rewarded by a sweet, icy crunch when you find one. The unusual treat has appeared on menus at Peter Gilmore’s Quay in Sydney.

Sometimes called Warrigal Spinach or New Zealand Spinach, this plant grows near beaches, but is a great one for the home garden, as you can harvest young leaves almost year-round. The leaves must be blanched before eating, because like silver beet, they contain oxalic acid. Then they’re perfect for adding to an omelette, quiche or stir-fry.

Does fasting really help with inflammation?

Could garlic be the ultimate superfood?