15 bush tucker ingredients you should know 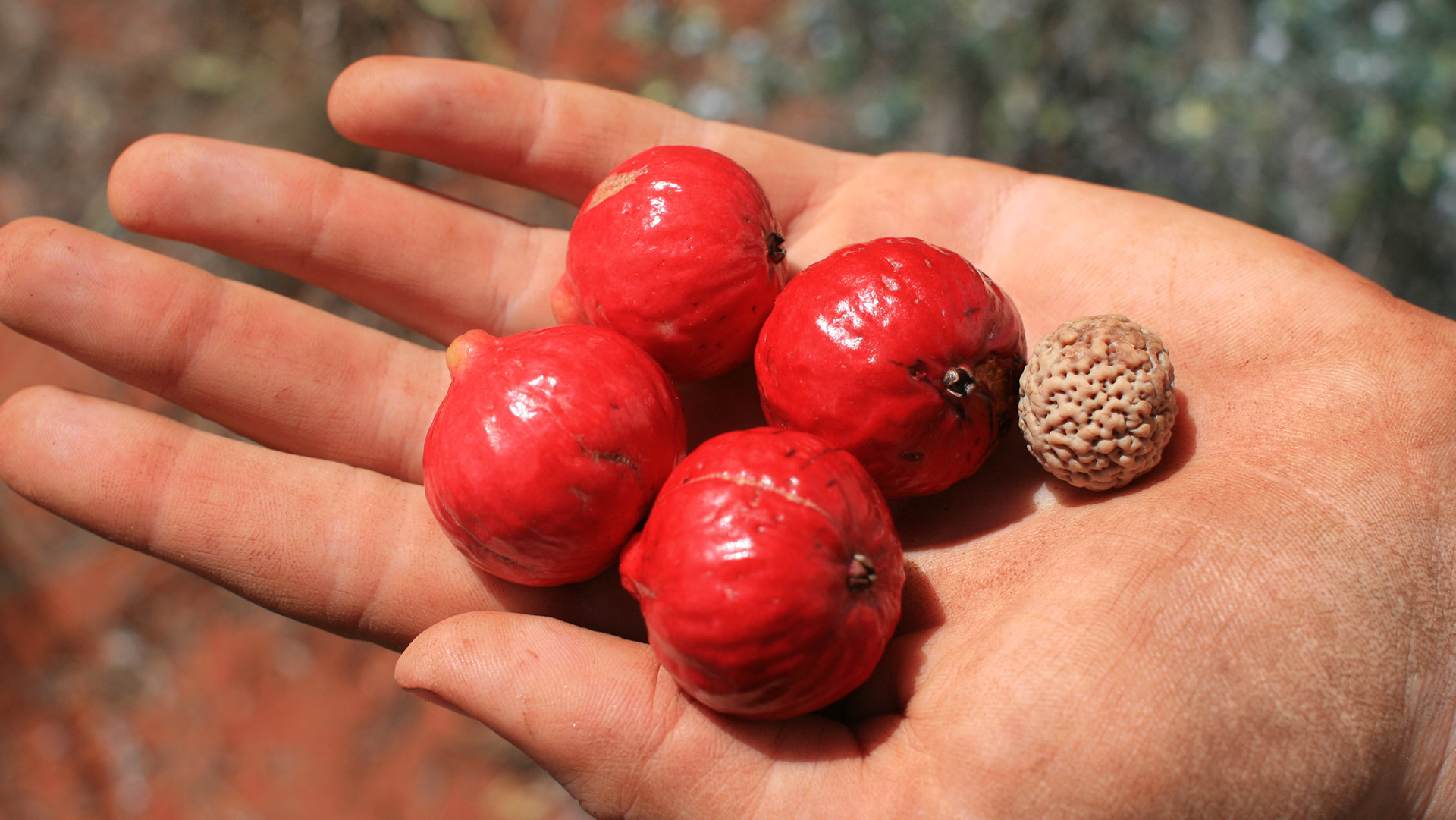 This plant has strong aniseed scented and flavoured leaves, which are often used in desserts, sweet sauces and preserves. It also is popular as a scented savoury sauce or marinade for meats and adds a deep, fragrant flavour to salad dressings.

Dried bush tomato has a strong flavour like a mix of sun dried tomato, caramel and tamarillo, which is delicious in recipes with tomato, cheese or eggs. It also goes well with salmon and stronger flavoured white or game meats, and can be used as a dukkah or crusting for meats. It’s a rich source of minerals, particularly potassium, and is high in vitamin C.

Cinnamon myrtle makes a calming herbal tea that has traditionally been used to aid digestion. It is also used in deserts and sweets, as well as curries, stews and rice dishes. You can also mix it with lemon myrtle and chilli and add to a breadcrumb mix.

This is without a doubt the most popular of Australia’s native herbs, with its fresh fragrance of creamy lemon and lime. It complements so many culinary delights, from fish and chicken to ice cream or sorbet. Lemon myrtle tea is also uplifting and calming.

Mountain pepper is full of antioxidants and saltbush is rich in vitamin E. Use both as a dry marinade on meats or add them to breads, batter and pastry as a herb mix.

"Lemon myrtle is the most popular of Australia's native herbs, with its fresh fragrance of creamy lemon and lime."

These wild fruits are loaded with vitamin C, antioxidants, B vitamins and potassium. Finger lime trees used to grow wild up the Parramatta River in Sydney. They can be used in a variety of dishes, from salads, seafood, pastas and curries to desserts and even cocktails.

Davidsons plums are a rich source of calcium, Vitamin E and zinc. Although somewhat tart, they are delicious in sauces and jams. In powdered form they can be fabulous in muffins and biscuits.

This is a resilient desert shrub from inland Australia with long, slender leaves, which can be used to make a soothing tea.

This fruit is very high in vitamin C and is full of antioxidants, folic acid and iron. Harvested only in the Kimberley, the fruit has a low keeping ability, which is why it is either frozen or dried and ground to a powder. The best use of Kakadu plum is in jams, sauces, juices and desserts.

These berries are high in antioxidants with up to four times the antioxidants of blueberries. With a sweet, spicy apple flavour, they are wonderful in chutneys and jams. I love to use them in hot cross buns. They are also marvellous when fresh in salads and on cheese platters.

"Wattleseed has a beautiful nutty, mild coffee flavour, and is delicious when used in desserts."

Traditionally used for its calming and soothing effect on digestion and stress, native Australian lemongrass has even been found by scientists to be as effective as aspirin for relieving headaches.

Quandongs have long been an important traditional Aboriginal fruit. Although somewhat tart, these fruits are highly nutritious and contain twice the vitamin C of an orange, and are delicious in desserts.

This native herb makes an interesting mint tea, with the taste and aroma of spearmint. Indigenous Australians have also traditionally used it for medicinal purposes, for soothing headaches and the symptoms of a cold.

Native sage has a strong mint flavour and goes well with meat dishes and as stuffing. A tea made from native sage has also been traditionally used to help relieve sore throats and coughs.

Wattleseed contains potassium, calcium, iron and zinc in fairly high concentrations. It has a beautiful nutty, mild coffee flavour, and can be mixed with regular coffee for a flavour boost. Wattleseed is also delicious when used to flavour desserts and sweets such as chocolate, cheesecake or meringue.