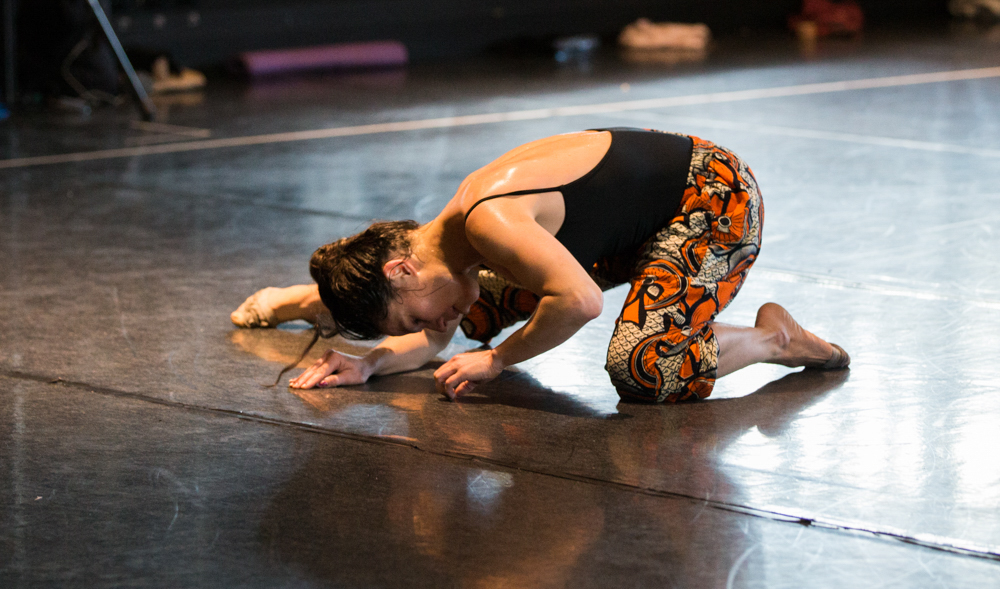 Bangarra Dance Theatre’s national production, lore, tours this winter, weaving stories of the land and sea into its heartfelt contemporary dance works. Drawing a portrayal of life for Aboriginal and Torres Strait Islander people, themes of identity, inequality, climate change and sustainability are explored through a positive, hopeful lens for the future.

In the countdown to show time, we had a chat with Bangarra dancers Tara Gower and Rikki Mason about the planning and preparation that goes into their roles, along with how they maintain peak fitness during the performance season.

Describe your role in lore...

Rikki: My role in our latest production varies with the story we’re telling. A section we’re creating at the moment has us exploring a more character-based performance with difficulties that communities and individuals face and how they lead to a more complicated outcome then what is portrayed.

Tara: At this point in time, I'm really enjoying representing mother qualities such as nurturing and love through dance. We’re given tasks to create a new movement vocabulary and I'm able to draw on personal experiences of growing up the in the community of Broome. This way the movement is given an intention, which is not only healing, but allows the audience an insight into our world as urban Indigenous Australians.

How have you mentally prepared for this new role?

Rikki: I have really tried to draw on past experiences for our latest work, I try to not overthink anything and just let the movement and story take over organically.

Tara: Being proactive about maintaining a balanced lifestyle. If I'm eating, sleeping and enjoying other interests in a healthy manner, my perspective on the new work is fresh and happily creative.

“If I'm eating, sleeping and enjoying other interests in a healthy manner, my perspective on the new work is fresh and happily creative.”

What sort of dance training had you had before joining Bangarra?

Rikki: I began my full-time training in Brisbane at Australian Dance Performance Institute in the Classical/Contemporary stream, before moving to Switzerland to train at L’École-Atelier Rudra-Béjart under the Bejart Ballet Lausanne.

Tara: I've been training in dance since I was eight years old. On a tertiary level I studied at National Aboriginal and Islander Skills Development Association and Queensland University of Technology.

Rikki: I like to go have a nice breakfast and coffee at a cafe then go back home and relax. I like to get as much rest and downtime before a show so I’m prepared as best I can be. I keep my fluids up and don’t eat any heavy meals close to the performance – just snacks throughout the day. I make sure I have a good warm up so that my body is ready and prepared.

Tara: I usually have a huge cooked breakfast with scrambled eggs, toast, avocado, roast tomatoes and mushrooms around midday. I then like to go to the beach for a swim and relax for a few hours. I eat a meal such as lentil soup and tabouli just before I head into work for an hour and a half warm up contemporary/ballet class.

I then have a snack of fresh fruit, nuts and green tea with honey. This is followed by notes about the previous show and we go through any movements that could be executed differently according to the choreographer's vision.

Our dinner break is next, in which I prepare a salad with lots of greens and steamed broccoli. I also rest for half an hour.

We then prep for the show, pre-setting our costumes, paint and towels for quick changes between different sections of the performance. I usually have a warm down stretch after the show and catch the bus home at around 10pm. Throughout the day I try to drink as much water as possible.

Most magical performance since joining Bangarra?

Rikki: Dancing for the remote communities around Australia last year on our regional tour to celebrate Bangarra’s 25th anniversary. There is something incredibly special dancing for the people who inspire our stories.

Tara: After eight years of requesting to perform in my hometown of Broome, in my ninth year we finally danced on Cable Beach under the stars. One year prior, I was given the opportunity to choreograph at the Corroboree Sydney festival. The dance work was my grandparents’ story entwined with the issue of fracking in the Kimberley. Bangarra Artistic Director Stephen Page allowed me to show a section of the dance in my hometown. Having my grandparents there with the rest of my family and closest friends was the most amazing feeling ever! I get excited even now reminiscing.

lore tours nationally from June to September. Find out more and book tickets at bangarra.com.au

What is your maximum heart rate?