Learn about the benefits of minimalist running, from strengthening your feet to preventing injury. 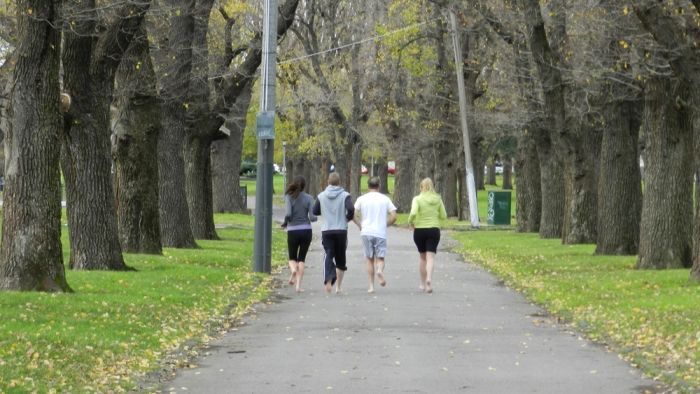 As barefoot and minimalist running continues to rise in popularity, so too does the range of minimalist footwear available on the market. To help shed some light on exactly what to look for in a pair of minimalist runners and how to introduce them into your exercise routine, we asked podiatrist Liam Rothwell to conduct a workshop with four Medibank member amateur runners.

To kick start the workshop, Liam gave the group an introduction to barefoot running, explaining the theory behind it, its benefits and how to mix it into a traditional running routine. Liam explained that, for some people, the major benefits of barefoot running are potential injury prevention and strengthening of muscles.

Throughout the workshop, Liam highlighted the importance of taking your time with barefoot and minimalist running and getting started simply by walking around the house barefoot or in socks. After you’re comfortable with this, Liam suggested wearing minimalist runners doing regular things like shopping and taking short walks before introducing around 20 minutes of barefoot or minimalist runs a couple of times a week. He stressed that barefoot running should only be carried out on safe terrain, such as sporting ovals, to reduce the risk of damage to your feet.

The group was then asked to go for a short run in their usual running shoes and think about their foot strike and whether they generally hit the ground heel first, on their midfoot or up on their forefoot. Liam then encouraged the group to run barefoot so they could think about the differences in the way they ran and what they naturally changed about their running style without the support of traditional runners. Finally, the group tried on a pair of minimalist runners and went for another short run to compare the difference.

Our members give their account on what they learnt from the workshop and how they felt running in minimalist shoes.

What did you know about barefoot running before the workshop?

Trent: Nothing at all!

Emma: Not much, I had seen a couple of pairs of minimalist runners in stores but hadn’t really read/heard about them previously.

Genevieve: I didn’t realise they would be actual shoes, I thought they were the shoes with separated toes.

Kevin: To be honest, I didn’t know anything about barefoot running.

What did you learn from today’s session?

Trent: That barefoot running can actually be good for you and that it can aid recovery and prevent injury. Also, that it helps to strengthen a range of muscles.

Emma: I learnt that I run on my heel and that there are different styles of running. I also learnt about possible injuries from running.

Genevieve: I learnt that you have to introduce barefoot running slowly.

Kevin: That once your feet become used to barefoot running, the benefits are endless.

From what you learnt today, what will you be implementing in your running/training?

Trent: I will start running in minimalist shoes three times per week, slowly introducing the style to see how it goes.

Emma: I would like to try doing some barefoot running, I have become more aware of my running style and will think about it during training.

Genevieve: I think I will implement two short runs each week and will hopefully increase this slowly.

Kevin: I will be running once or twice a week in the new shoes.

How did you find the minimalistic running shoes?

Trent: I really loved then, they were comfortable and still supportive.

Emma: I really liked them, they felt light and were really comfy.

Genevieve: I really like them and I think they suit my running style. I’m excited to continue what we started today!

Kevin: I thought the shoes were fantastic.