With more girls participating in sports like soccer and football, serious knee injuries are on the increase. But there are things coaches and players can do to reduce their risk. 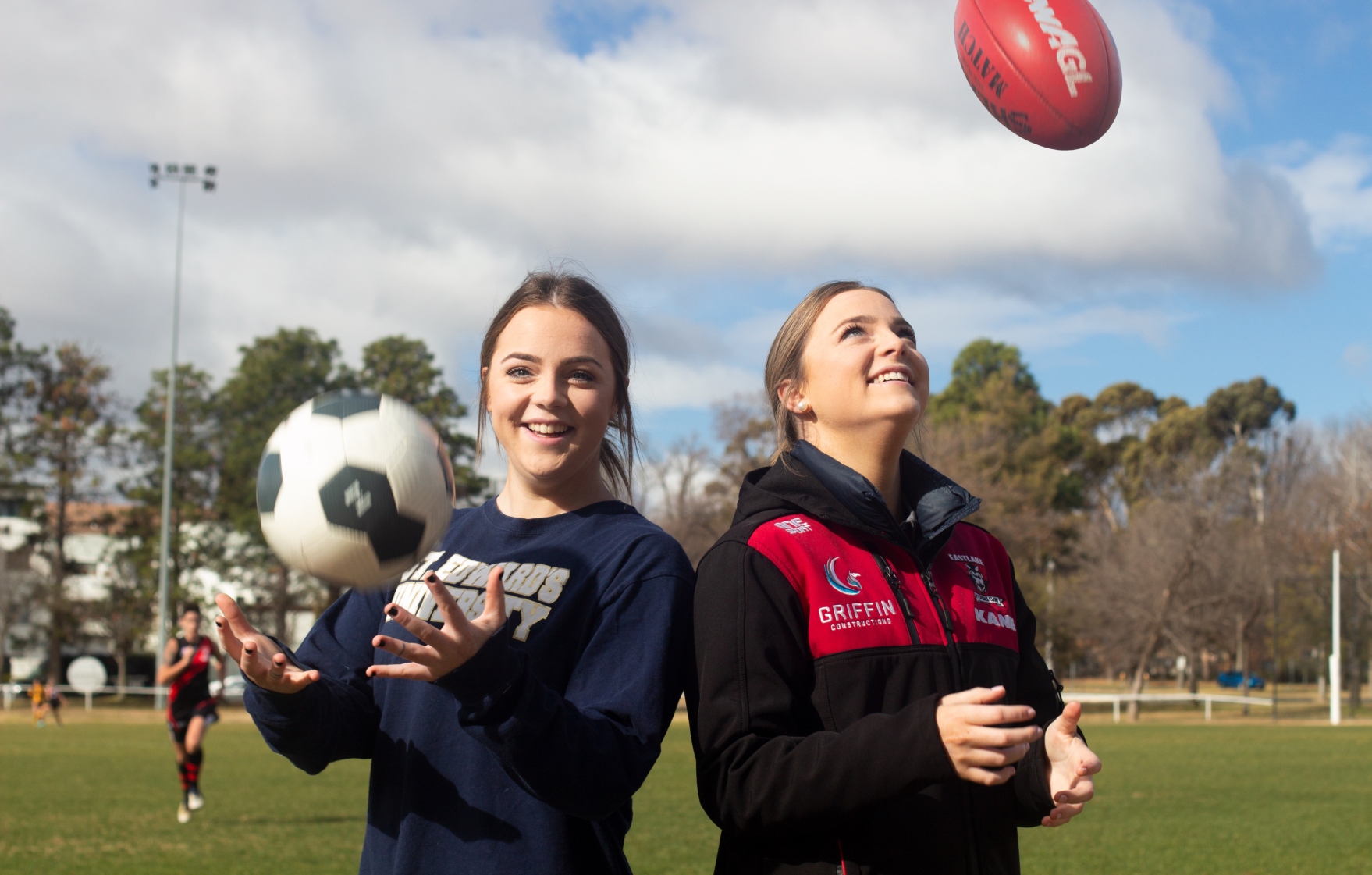 Canberra twins Georgia and Olivia Fogarty know all too well the pain and frustration of a serious knee injury. The 19-year olds have been watching their soccer and women’s AFL teams from the sidelines for the past month, waiting for surgery to repair tears to their anterior cruciate ligaments (ACL), a procedure commonly known as a knee reconstruction.

They injured their knees just a couple of months apart. Georgia during soccer training in July, and Olivia during a women’s footy match in May.

The ACL plays an important role in keeping the knee stable. Tears or sprains to the ligament can be debilitating and painful, and often occur whilst playing sport. Treatment for an ACL injury includes physical therapy and surgery.

Medibank Chief Medical Officer Linda Swan said it’s up to parents and coaches to ensure children are warming up properly, to reduce the risk of injury.

“It’s great to see children and teenagers being active and playing team sports, however we don’t want to see children hospitalised with injuries that could have been avoided. They’re also looking at lengthy rehabilitation and time on the bench,” said Dr Swan.

The new Medibank data also shows since 2015, mouthguard claims for teenage girls’ have jumped by 20 per cent. During the same period, claims for boys increased by only eight per cent. Most mouthguards are claimed by parents in March, marking the start of the school sport season, with Medibank records also showing peak hospital admissions for ACL repairs occur during June and July.

“Parents need to ensure children have protective gear such as mouthguards. Any injury is painful and frustrating, but dental injuries can be very expensive to fix,” added Dr Swan.

Recognising the increase in ACL injuries amongst young women, and the long-term implications these injuries can have, the Medibank Better Health Foundation has partnered with La Trobe University in Melbourne to better understand injury prevention programs for adolescent female soccer players. In particular, the research aims to find out why there has been resistance to implementing the 11+ injury prevention program in Australia -- a program that has proven success elsewhere.

This project, conducted in partnership with the Football Federation of Victoria and FIFA, received $60,826 in funding from the Medibank Better Health Foundation.

Should you take probiotics?