Steph might not live in Sydney anymore, but she still considers her OneWave Bondi tribe family. 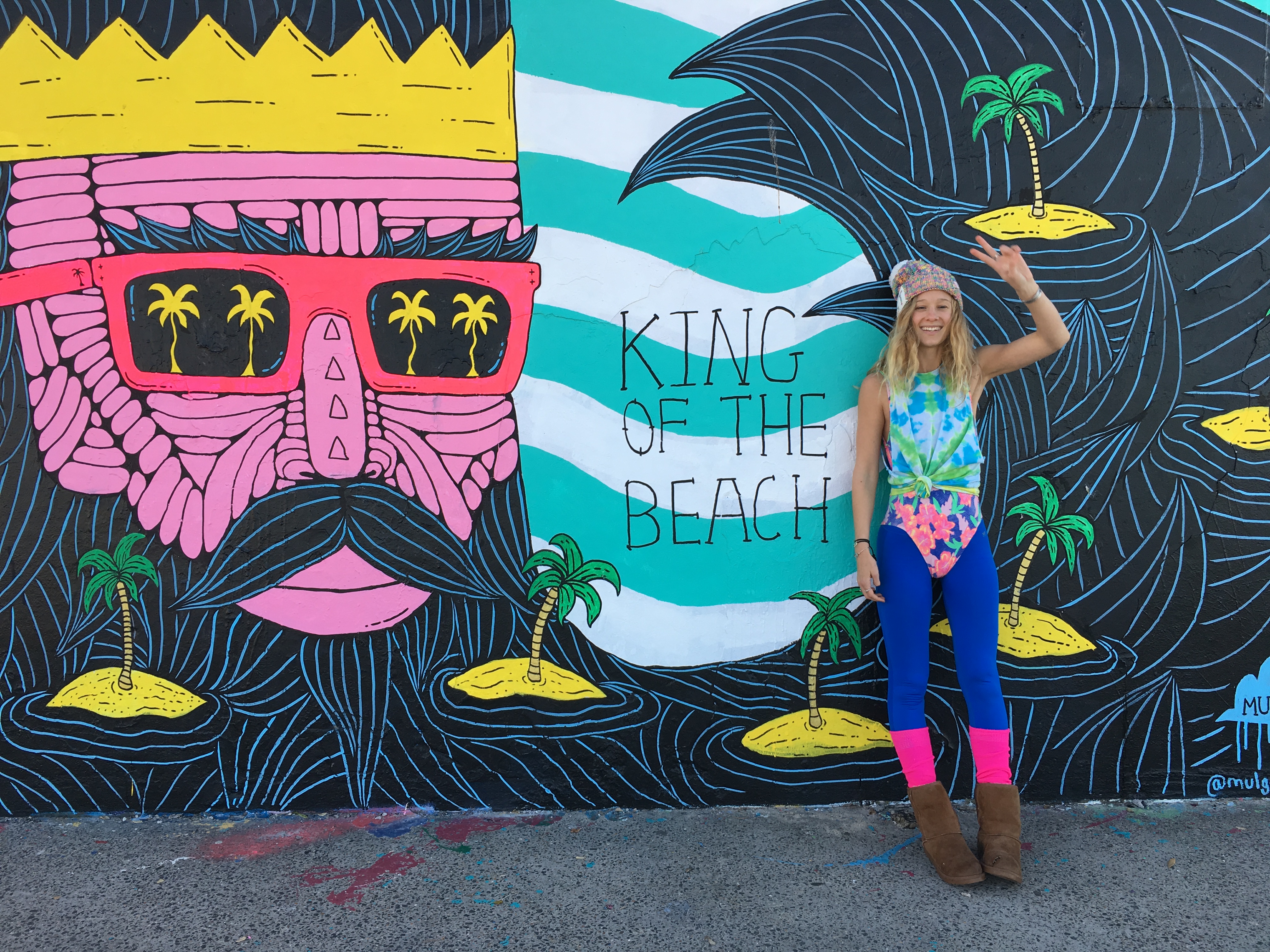 24-year old Steph lives in the NSW Central Coast town of Long Jetty. She made her move there from Sydney with her partner to get closer to the ocean and experience the ‘sea change’ so many Australians dream of. Studying for a degree in psychology, working part-time at a café and teaching yoga, Steph hasn’t slowed down since ditching the hustle and bustle of the big smoke. But almost 10 years ago, Steph began experiencing a very different sort of change.

In her mid-teens, Steph was diagnosed with major depressive disorder, generalised anxiety disorder and an unspecified eating disorder. Fortunately, her family were aware of the importance of mental health, and supportive of her when she experienced issues. “I’d always had the ‘mental health conversation’ be pretty prominent in my family, so I was used to that in the home," she says. In fact, Steph and her mother devised a simple way of breaking through the common discomfort that can come with discussing these issues. “We had a diary that we shared. Anything I wanted to talk about, I would write in the diary and then leave it on her bed. She would read it and write back... It contained it for me and made it less confronting.”

Years later, in 2016, Steph and her friend came across the same event posted on social media. It was for a OneWave Fluro Friday party at the south end of Bondi Beach, sponsored by Medibank. The concept was to come to the free event dressed in brightly coloured clothing and spend time surfing, practicing yoga, and listening to and sharing stories of mental health struggles and victories. Steph didn’t take long to make her decision to tag along – “let’s just go.” In the end, they arrived in the cold sea breeze and pre-dawn dark with no one in sight. Steph remembers worrying that they’d somehow got the details wrong and had missed the event. “Is this thing even on?” she wondered. It turned out they had arrived an hour early and, soon enough, they were met with a group of around 100 colourfully dressed OneWavers.

More: Find a OneWave event near you with Medibank Free + Active

Steph immediately connected with the joy, openness and compassion of the group (not to mention the yoga on the beach). After her first dip into the OneWave experience, she began journeying from the north-western suburbs of Sydney to the Bondi events every Friday. She says that she was captivated by the magic of the Fluro Friday community and their overwhelming sense of inclusivity and belonging. “That, in its essence, is what OneWave gives people”, she says. “At the end of the day, everyone wants to belong to something or somewhere and feel like they fit.” Taking the time to connect with other people is something that resonates personally with Steph. “For a long time I always felt like I didn’t fit because I was different. [OneWave] gives people a safe space where they feel like what they’re feeling matters, and that what they’re feeling is okay.”

For Steph, the colourful clothing is instrumental to inviting people to open up about their feelings. She says she still remembers sitting in a café after a session when a woman asked her why she was wearing such bold colours. Steph explained the philosophy behind OneWave and why Fluro Fridays were having such a positive impact on the community by sparking conversations about mental health. The reaction she received was amazing, and they both ended up sharing their own stories with each other. As Steph says, it was “one of those really powerful moments that made me realise that was exactly what OneWave was about­. Giving people the platform to start that conversation.”

More: How to deal when you’re feeling burnt out

Home is where the heart is

Steph still attends the Bondi Fluro Friday sessions when she returns to Sydney to visit her parents. After all, the OneWave tribe aren’t so different to family, and it’s through the program that she’s met some of her closest friends. “Everyone’s got open arms. You feel like you’re coming home every time you walk down there.” She’s keen to become a tribe leader and bring the program to Long Jetty at some point, but for the time being, she says anyone who’s unsure about heading to their local Fluro Friday event should dive into the deep end. “Just go for it... I’m always scared of trying things, but I found that I’d stepped out of my comfort zone and into another one.”

The signs and symptoms of type 2 diabetes

How your phone habits affect your sleep