The road to the finish line with Steve Moneghetti 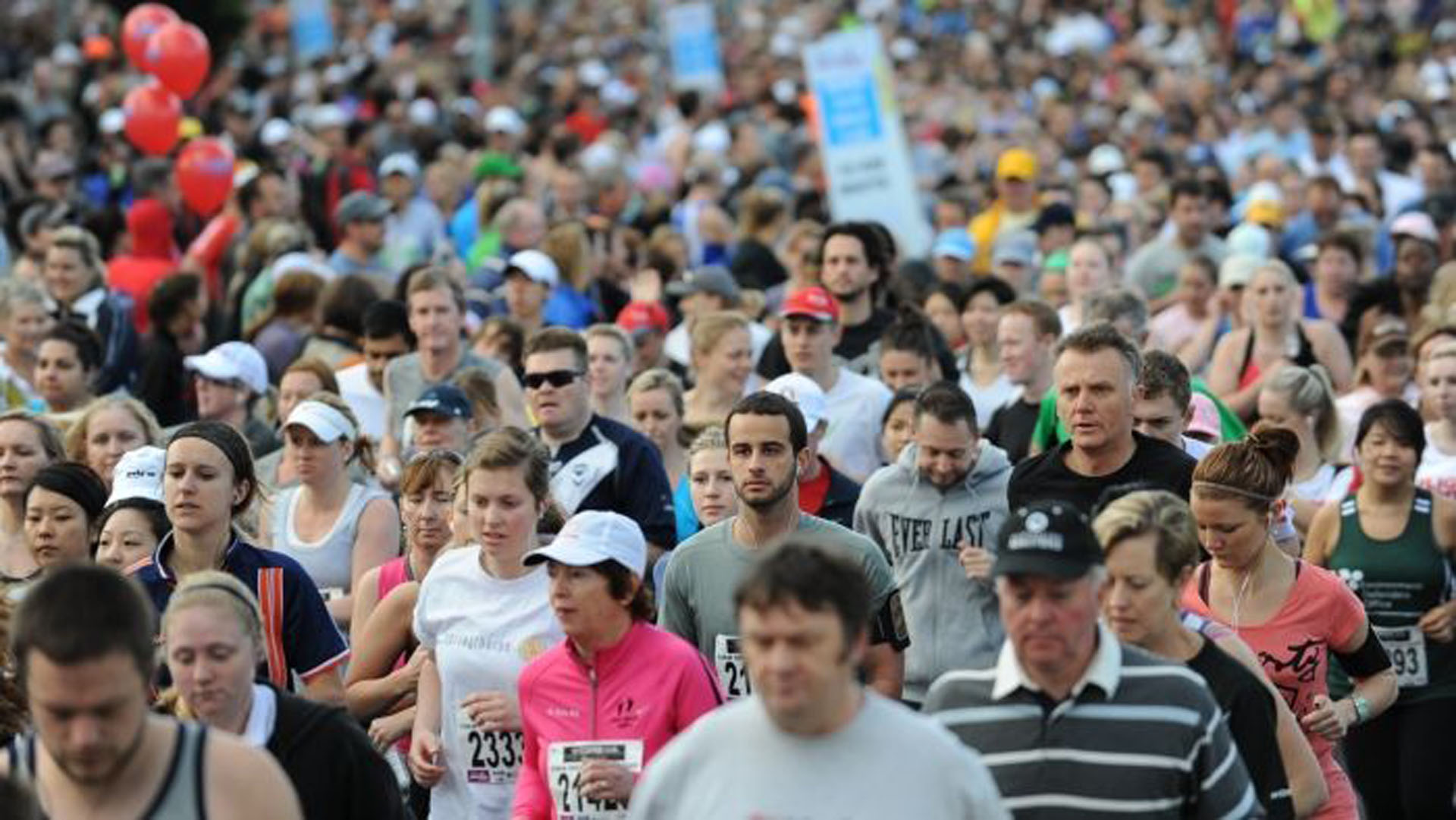 Held on Sunday 14 October, the festival’s five events range from a 3km walk through to a 42.195 marathon, encouraging participants of all fitness levels to get involved. This year more than 27,000 competitors are expected to participate in the event.

Aside from the physical challenge, the Medibank Melbourne Marathon Festival raises money for its associated charities - the Cerebral Palsy Education Centre and the James Macready-Bryan Foundation.

As the date gets closer and training ramps up, Medibank members ask running legend and event ambassador Steve Moneghetti a few questions about what to expect on the big day.

I am running in the half-marathon event at the upcoming Medibank Melbourne Marathon. I have not run in an 'event' before. How can I make sure I run at my best on the day?

Expect crowds of like-minded people. It would be worth running in a smaller event prior to the Medibank Melbourne Marathon, just so you get used to that closeness of having people invade your personal space.

Allow extra time and familiarise yourself with the location and services map as it is very busy around start time and things creep up on you quickly on the day. Use the pace runners to ensure you stick to the correct race pace for you.

I have not started training yet but want to get involved in the Medibank Melbourne Marathon - I think I could do the 10km event. What training will I need to do to be fit enough to finish?

I like your terminology ‘fit enough to finish’, as this is your only goal. By starting with walking, and progressing to walk/jogging, then up to running, you will develop the right attitude to complete the event. Time is irrelevant, so just progress at your own rate. Even completing the event mainly walking, with a little bit of running, should be seen as achieving your set goal.

I have run in a few half marathons and I’m looking forward to the Medibank Melbourne Marathon. I have not been able to beat my training times on 'race' day, what can you suggest so that I can run a personal best?

I grab a drink at every 5km aid station and sip it until I get most of it in, so I would suggest that. It sounds like you might be starting off a bit too fast in the actual race, so I would set a realistic time and run with the pace runner at that pace or a bit slower. Don’t forget you can always speed up near the end if you are feeling good, but it is hard to hold a pace that is too quick for you and you pay a big price in the final parts.

I would also suggest a few preparatory races beforehand so you get used to your target pace and know it is realistic.

I generally run by myself, but I'm thinking about joining a running group. What are the benefits?

Time passes much quicker in a running group, you learn so much more about training and racing, you have the motivation to turn up, it gets the competitive juices going, you don’t have to think about courses, you can share drinks or supplements, if you forget your watch or need to check information the group can help. It is very beneficial.

I have two children (13 & 15) and my wife and I would like for us to run as a family in the 10km event at the Medibank Melbourne Marathon. What advice do you have for families training and running together?

Lucky you, I reckon the family that runs together has fun together. Whilst you will all be at different levels, it is important to respect this and let everyone enjoy it equally.

Run together lots so you learn each other’s habits and foibles and regularly talk to each other as it is quality time, but it also ensures everyone is travelling ok. Involve all family members in the activity and let a different person take control of a training run every now and then to let everyone take ownership of the team.

Run in the morning as it kick starts your metabolism

Run for time not distance

Train on soft surfaces if possible - grass, dirt, gravel or, at worst, bitumen.

Run with others, it keeps you motivated

Set a date-specific goal, so you don’t delay your commitment.

Winning the Berlin Marathon as a part of the reunification celebrations in Germany.

What has running brought to Steve’s life?

Running has bought success, recognition, good health and a better knowledge of my body and how it best functions.

Top 5 runners Steve has competed against

Top 4 foods to eat to fuel up before a run

Finishing in the old stadium at the Athens World Championships in 1997.

Melbourne hosted its first marathon in 1978 on a course that began in Frankston and finished outside the Melbourne Town hall.

Over 2,000 runners took part in the first Melbourne Marathon, with most catching a special early morning train to the start line in Frankston.

The Melbourne Marathon’s oldest competitor is Anthony Martin who completed the 2011 event aged 83 in a time of 6:40.15.

Male and female course records were both set in the same year, 2010, when event conditions were cool and windless. Ethiopian runner Mulu Seboka ran 2:32.20 and Kenyan Japhet Kipjorir ran 2:11.04.

The highest recorded number of finishers at any Australian marathon is 5072, achieved at the Melbourne Marathon in 2010.

For running tips and advice, Medibank members can visit the Health Hub

Does exercise make you gain weight?