“Swimming in the morning is just fantastic; it leaves you exhilarated” – Timothy Lynch, Iceberger. 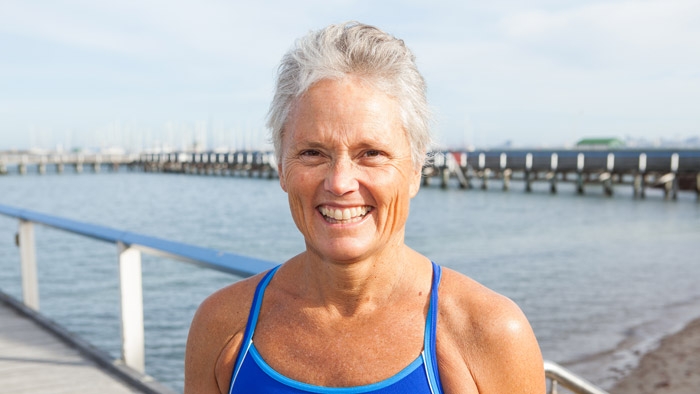 Humankind has always had an affinity with the ocean. We eat from it; some bathe in it; we’ve even invented sports to play in it. For groups like the Brighton Icebergers - an open-water swimming club—rising at the crack of dawn to swim in the sea comes as naturally as breathing.

“Swimming in the morning is just fantastic; it leaves you exhilarated,” says Iceberger, Timothy Lynch. “It’s gentle on your body. It feels fantastic afterwards, and saltwater’s good for your skin.”

A long-time member of the Brighton chapter of Icebergers, Lynch’s sentiments are echoed by the club’s President, Robert ‘Bardy’ Dale: “We get addicted to it; you can’t start the day without it. I just wouldn’t feel right if I went to work without a swim.”

While one of countless open-water swimming groups around the world, the Brighton Icebergers is probably one of the more famous, due partly to the pristine surrounds the club members immerse themselves in daily. But more than just a beautiful locale, the club also offers members a sense of belonging.

“There’s a lot of laughter involved,” says Bardy. “There’s always a bit of repartee in the change room or steam room. There’s nothing better than doing some exercise and walking out with a smile on your face. It’s incredibly healthy.”

Far from an elite club of swimming fanatics, Brighton Icebergers offers this unique experience to people from all walks of life.

Fellow swimmer, Dennis Pickering, adds: “A lot of tradies come down early before work and swim; and then folks who don’t have to rush off to work get down here about 6.30am to 8.30am. There’s an afternoon group that comes in as well.“

Based at the Brighton Baths Health Club, Director Matthew Paynter, takes a philosophical view of the club: “We evolved from the earth; we’re part of the earth. We’re roughly 70 per cent water; the earth’s roughly the same. You feel very centred and balanced when you come out of it. It’s very organic and peaceful.”

Like any group of friends, the Brighton Icebergers have a sense of camaraderie in and out of the water. Long-time swimmer, Melinda Kemp, laughs as she recalls one swim she’ll never forget: “It was a very wild Christmas morning; there were big waves and the water was really murky. I could hardly see anything.

“I suddenly realised, halfway around the breakwater, that a guy called Robbie Robertson was wearing a Christmas hat. I felt like I was swimming with Santa Claus!”

We can’t think of many better ways to start your day than connecting with nature and sharing a few laughs with friends. It’s no wonder the Icebergers are so enthusiastic about throwing on their togs and getting in the drink.

5 ways to improve your run

Why you need to try slide boarding