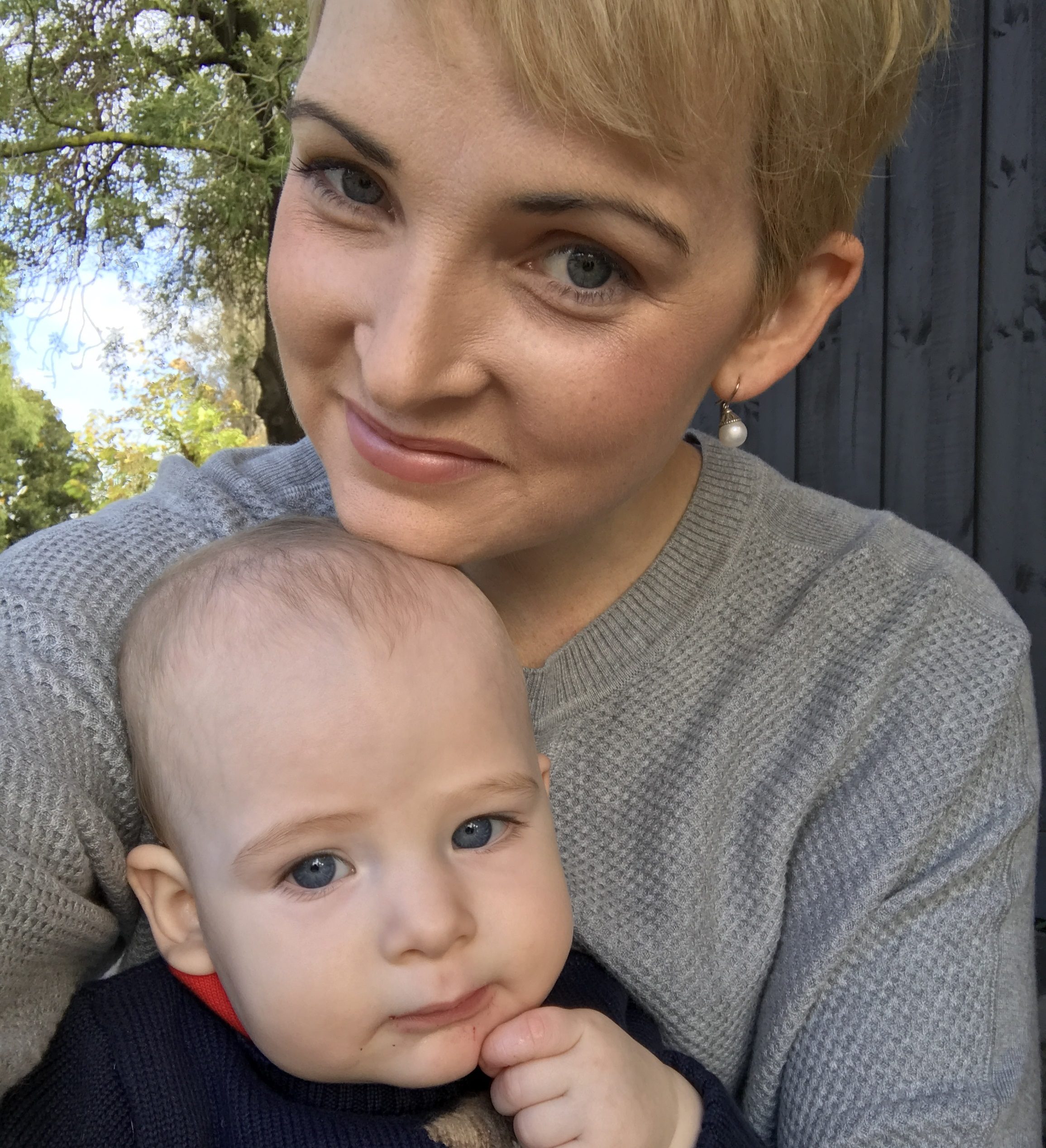 In July 2016, Nicole and her husband Tim became the proud parents of their new son, Joshua.

As a new mum, Nicole had heard countless times from friends, family and doctors alike that she should expect to feel tired, particularly since she was travelling between Melbourne and Perth every month as part of her job. But Nicole wasn’t just physically exhausted; she was also losing weight, quickly.

“It would have been easy to tie my symptoms to my stage of life,” said Nicole, “but I felt there was something more going on, and I knew I had to push to get some answers.”

In January 2017, she began working with her GP to pinpoint what the cause might be.

“When I was first told I had bowel cancer, Tim and I were sitting together with my gastroenterologist. We were stunned, but we felt ready to take it on, just like everything we take on as a team,” Nicole said.

“Then we met the oncologist, and sitting together with both of our mums, we were told that I had stage IV bowel cancer and that my liver was inoperable. It was a truly devastating, paralysing moment. I knew nothing about bowel cancer. I had had very little exposure to cancer at all.

“In my mind, ageing people with poor diets and sedentary lifestyles were at risk of bowel cancer. Not young, healthy and active people like me.”

According to Bowel Cancer Australia, the disease affects men and women, young and old. And while the rate of bowel cancer is declining in adults aged 65 and older, rates among young and middle-age adults are rising.

“We had a perfect baby boy who was only 8 months old. Tim and I had committed to being parents to our beautiful little man, and now I was being told I may not have more than a couple of years to fulfil my mum role.”

Looking back, Nicole realises how little attention she paid to her stools, which she says was clearly a mistake.

At the age of 15, she was diagnosed with irritable bowel syndrome; as a result, she started eating gluten-free before gluten-free was a thing. But even with careful diet choices, she still experienced regular cramping, bloating and loose stools.

“It’s so easy to file this discussion under ‘uncomfortable’ or ‘awkward’- but it could be lifesaving,” said Nicole.

According to research conducted by Bowel Cancer Australia, 55% of bowel cancer patients surveyed were unaware of bowel cancer symptoms prior to their diagnosis, just like Nicole.

This year, as part of Bowel Cancer Awareness Month, Bowel Cancer Australia is urging people to ‘know the symptoms’ of bowel cancer, which can include a persistent change in bowel habit; blood in the bowel movement or rectal bleeding; abdominal pain, especially if severe; and unexplained tiredness, weakness or weight loss.

These symptoms can also be due to other medical conditions, some foods, or medicines, but need to be investigated if they continue for two weeks or more.

Anyone, anywhere, could be dealing with this disease

“We had Joshua’s first European trip planned for July 2017 – he was going to have his first birthday in Italy. Instead, he will be preparing for mum’s next round of chemo in Melbourne!” said Nicole.

Nicole is determined to beat the statistics, and has appointed herself as the project manager for her cancer experience.

“I make the decisions as to who we will be working with and what attitude we will be taking. I am very active in researching my treatment options and work closely with my oncologist and surgeons to understand their perspective as my treatment proceeds, and this has given me purpose and direction in working towards the outcomes we want.

“Critically, I operate on the assumption that I am going to treat and beat my cancer. I was surprised by how willing my doctors were to support this outlook, despite my ostensibly ‘terminal’ diagnosis.

“I am not sure if anything could have helped me or prepared me to receive the diagnosis I received, but I am so much more aware now of how pervasive cancer is and just how widely the impacts are felt. I have realised that anyone, anywhere, could be dealing with this disease.”

Bowel cancer is one of the most treatable types of cancer if detected early, which is why it is so important people see their GP if they experience symptoms suggestive of bowel cancer, or if they receive a positive screen result.

Bowel Cancer Australia is a community funded charity, working to raise awareness about bowel cancer and provide information, resources and support to Australians affected by the disease. Offering a team of experienced nurses, including a nutritionist, Bowel Cancer Australia provides ongoing support and advice from diagnosis, throughout the treatment process.