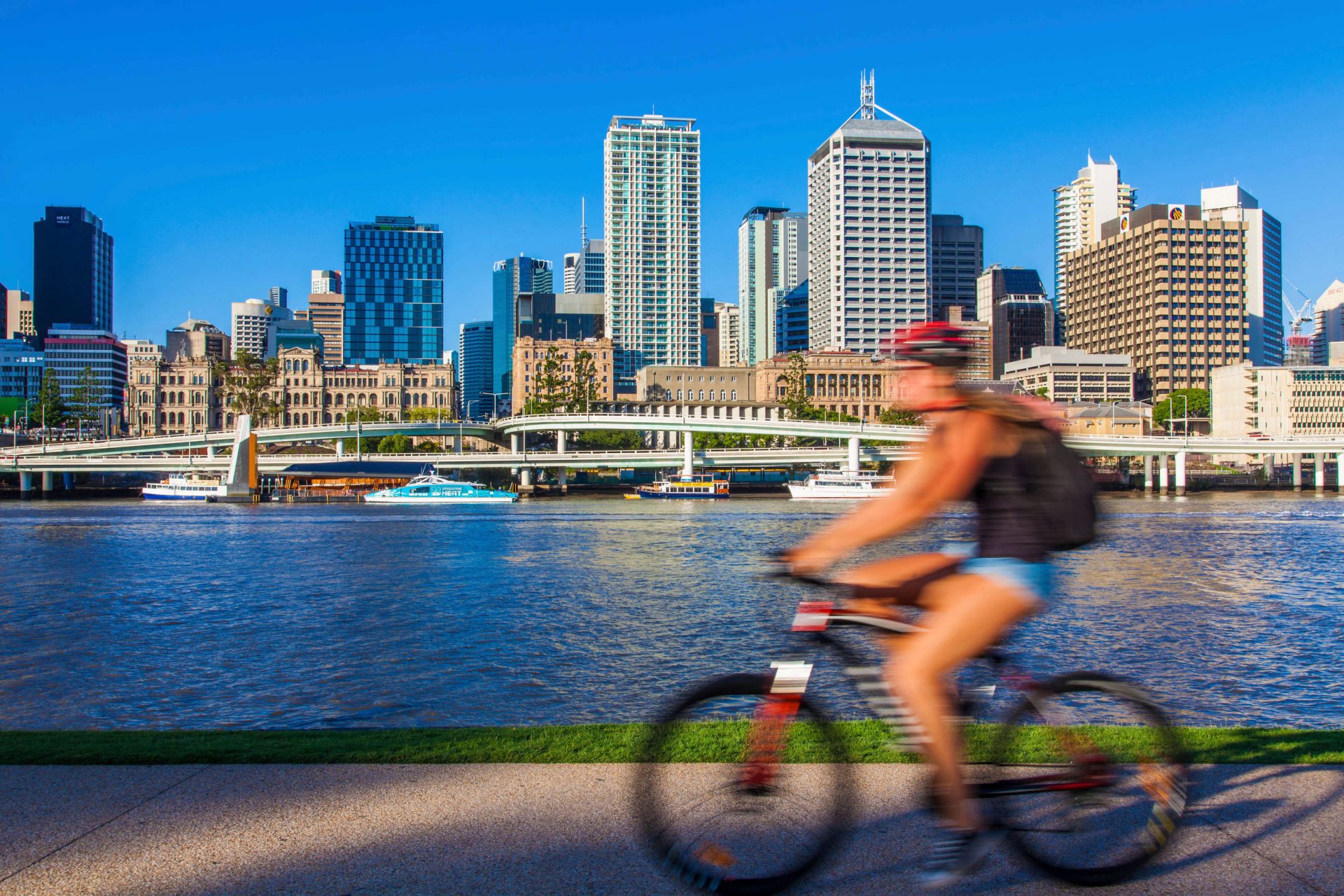 No longer confined to childhood, play-based projects have taken to the streets on a global scale, changing the way communities connect.

In Melbourne’s Federation Square, two adult strangers laugh as they bounce on a giant illuminated see-saw. In Adelaide, a young family explores a local park in a ‘geocaching’ session, a treasure hunt using GPS coordinates to search for hidden prizes. Each winter in Canberra, people glide (or stagger) in circles under twinkling fairy lights, as a city street becomes an outdoor ice-skating rink. And in Bangalow, New South Wales, thousands gather for the annual Billy Cart Derby, where everyone from fearless five year olds to brave octogenarians hurtles down the main road in home-made carts.

Once confined to childhood, play-based projects have taken to the streets on a global scale. A life-sized bouncy castle Stonehenge, built for the London Olympics, recently got an enthusiastic work-out in Sydney and Perth. In Rotterdam, we’ve seen passers-by stop to build beautiful ‘bubble pavilions’, shimmering structures made from giant soap bubbles, while in the UK, brave Bristol residents plunged down their main street on a 95-metre waterslide. In 2013, random pedestrians in New York stopped to conduct the prestigious Carnegie Hall orchestra in an inner-city park.

What these projects share is a sense of adventure, a sociable slant, and a belief in the value of play – not just to amuse kids, but as a worthwhile activity for all ages. Playful projects are being hailed as an antidote to the sterile, alienating side of big-city life, a way to boost community spirit in sprawling suburbs, and a remedy for economic and social isolation in small towns. They aim to bring people together, connect them to the places where they live and work, and help them shape those environments. But most importantly, they’re about having fun.

“Playable cities are open, connected places where people come together for play, and also to change the way a city works,” says Clare Reddington, co-creator of the 2014 ‘Playable Cities’ conference in Bristol. She says that while ‘smart cities’ can seem over-planned and coldly efficient, with everyone buried in their mobile phones, playful cities offer a friendlier, more human environment – not just for tech-savvy hipsters, but for everyone.

“Playable cities are open, connected places where people come together for play, and also to change the way a city works."

Many public play projects are ‘pop-up’ affairs, appearing only briefly. Others become permanent landmarks, like the walkable rollercoaster sculpture in Duisburg, Germany. Some centre on physical objects – pianos, waterslides, see-saws – while others take the form of urban games, with or without props. Many take a low-tech approach, while some use technology in playful ways. More grassroots events, like billy cart races, are dreamed up by intrepid locals keen to unite their communities. Others involve artists, designers or performers taking their creative ideas into public spaces, turning strangers into spontaneous collaborators.

The Street Pianos project is a hugely popular and well-travelled experiment in urban play. Begun in Birmingham in 2008, this ‘interactive artwork’ has now reached around six million people worldwide. UK artist Luke Jerram got the idea when visiting his local launderette. “I saw the same people there each weekend and yet no one talked to one another,”Jerram says. “I suddenly realised that within a city, there must be hundreds of these invisible communities, regularly spending time with one another in silence.”

His solution? Placing pianos in public spaces, each bearing this sign: ‘Play Me, I’m Yours’. While filling the air with impromptu music, the pianos spark conversations, enrich the atmosphere of streets and parks, and entice many hidden pianists out of the woodwork. More than 1,300 pianos have been installed in 45 cities worldwide, including Melbourne, Perth, Sydney and Adelaide.

In Australia, home-grown public play initiatives are flourishing. All over the country, annual billy cart races draw big crowds to their local race days. Each winter, the sunny cities of Sydney and Perth host their own outdoor ice-skating rinks – both located, in a surreal twist, right by the beach. Perth’s Lord Mayor said the icy playground has transformed what was an antisocial ‘no-go zone’ into a vibrant, family-friendly space, and injected economic vitality back into that part of town.

Robert Reid directs Pop Up Playground, a Melbourne-based company that creates games and playful experiences in public spaces.“We change people’s relationships to their familiar physical environments,” Reid says. “We create new personal bonds between you and the spaces around you, by crafting experiences designed to become memories.” Once you’ve pretended to fight a dragon in Collins Street, he says, you won’t forget that experience or place. Reid reckons urban games – also known as pervasive games, street games or location- based games – exercise your body, imagination and social skills. They get your blood pumping, release endorphins and foster teamwork.

As adults, we seldom indulge in play for its own sake. But regular play remains vital to our happiness and wellbeing, argues US psychiatrist and author Dr Stuart Brown. Studies confirm that it fosters empathy, optimism, creativity, community and belonging. “I sometimes compare play to oxygen,” says Brown, founder of America’s National Institute for Play. “It’s all around us, yet goes mostly unnoticed or unappreciated until it is missing.” If we can trust a man whose office is a treehouse, the growing trend for playful public spaces could turn out to be a welcome breath of fresh air.

The effects of kindness

The community garden: a space for growth, connection and family