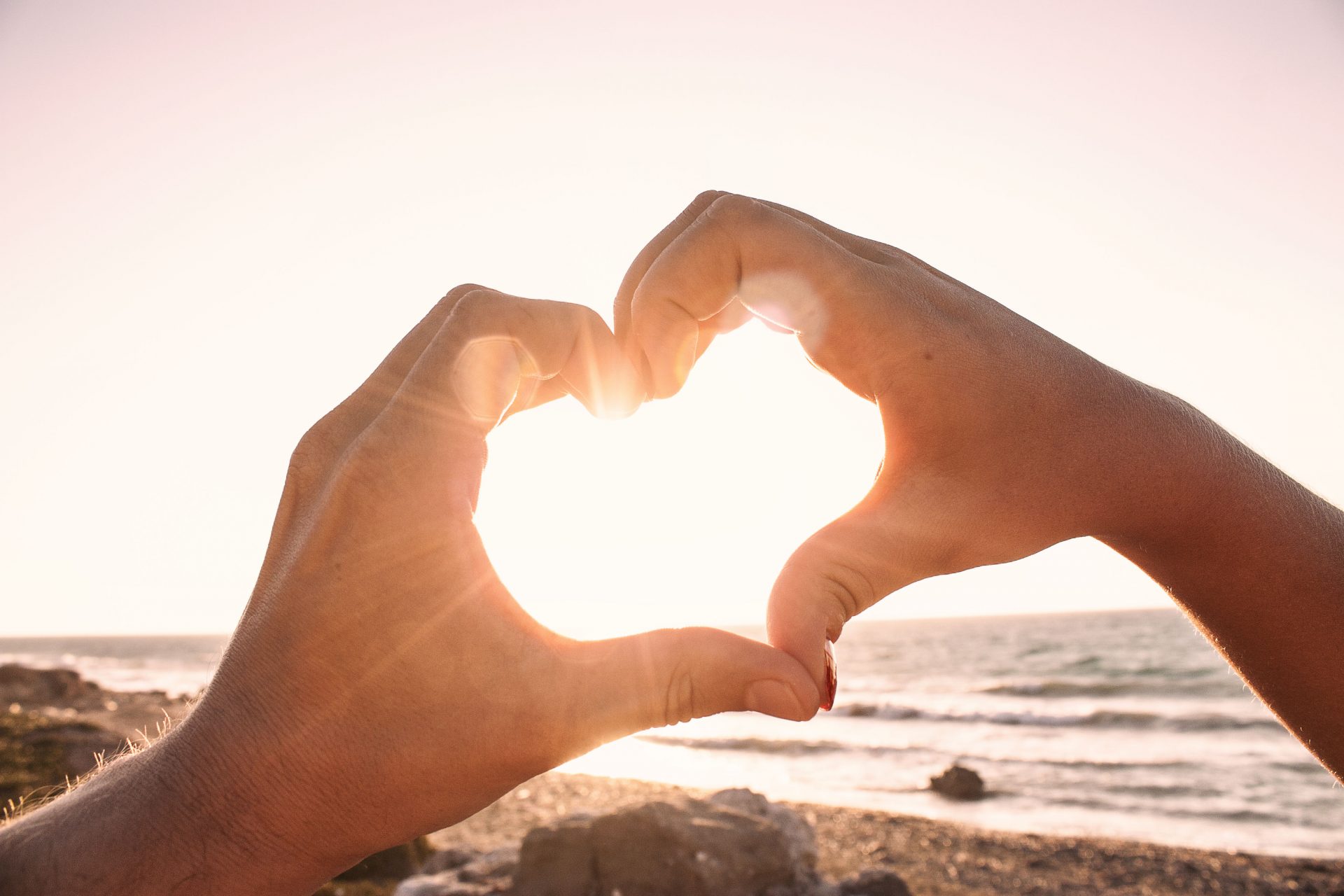 Think about high school, when scribbling your initials above a red heart and your crush’s initials below was the teenage equivalent of a marriage certificate. Until those letters were scratched out and replaced by the next set – which didn’t usually take too long – it was the emblem that did the job of broadcasting your relationship status every time your backpack or pencil case was placed on a desk.

Symbols are shortcuts, they help us navigate the world around us, and so pre-Facebook, this old fashioned totem was the easiest way of telling who was and wasn’t available – a complex system when you’re an adolescent – all without mumbling a word. Because of this emotional clout, the love heart also ranks at the top when it comes to commercial power.

“I’m struggling to think of symbols that may beat it,” says Paul Reardon, executive creative director at Whybin Group, an Australian creative agency.“ Maybe the cross or the crescent moon, of course, but those are religious. If you’re asking from a commercial perspective: the light bulb, the teardrop? No way. The starburst? It’s a car dealer’s best friend, but it doesn’t come close to the heart. The smiley face? Possibly. The smiley face may be the only real contender.”

Like most ancient things, stories surrounding the love heart’s origins are many. Peter Dean, author of The Power of Symbols, has spent over 25 years working with various ciphers and even he doesn’t have a definitive answer when it comes to the heart’s first use. “Some historians claim it was a bad portrayal of the anatomical heart by ancient Greeks,” Dean says. “The heart was a very important organ for them, because it housed mind-power and all emotions.

But around the 7th century BC, in the city of Cyrene, or modern-day Libya, the silphium plant, which is now extinct, was used for seasoning and a helper for birth control. It was so popular that coins were printed depicting its seedpods, which look a lot like the heart symbol.”

In terms of the most recognisable commercial use of the heart symbol, it’s hard to look past the ‘I love New York’ design.

According to Dean, other notable claims and points of interest in the roots of the symbol are that the Crusaders brought it back from the Islamic world and the Japanese gleaned it from Portuguese traders. There’s a painting in Istanbul dated 1239 depicting Jesus holding a bible with a heart on it, and in the year 1480, the first deck of playing cards was printed with hearts as one of the four suits.

Today, you can’t turn on the telly, pick up a coffee cup, visit a hospital, or even look at a text message without seeing some form of the symbol. But even with so many new logos, Justin Bieber throwing up his love-heart hand gesture, and the rash of heart emoticons, Paul Reardon says there’s one heart usage that still stands out for him.

“In terms of the most recognisable commercial use of the heart symbol, it’s hard to look past the ‘I love New York’ design,” he explains. “It first appeared in 1977 as part of a tourism campaign and it has been copied, shared, parodied and re-appropriated countless times since then. According to the New York Times, the city’s lawyers have filed thousands of trademark objections against its unlawful usage. They sent over 100 cease- and-desist letters in 2012 alone. This gives a pretty good indication of its commercial worth.”

A popular tattoo design for decades – traditionally with a scroll wrapped around the heart and someone’s name written across it – even this universal representation of love and affection can get you in trouble around New York nowadays. After having “I [coffee cup] NY” inked across his knuckles in 2009, with the letters in black and the cup in a bold red, a coffee shop owner in New York’s East Village decided to turn the design into a logo. He got some mugs and t-shirts printed up. He chucked it on his website. And then he got mailed a notice saying it violated federal trademark laws.

Not only did the guy have to pull the site down and pack all the merchandise away, he was asked to pay compensation for any revenue raised. That, or pay the state for licensing. While he ended up changing the brand, the young bloke’s tattoo was deemed to be OK – as long as he didn’t misuse it. “I just have to keep it separate from the promotion of the business and put it away for photos,” he told the New York Times. “No more fan photos of the fist.”