Morocco’s bustling Medinas, rugged mountains and boundless desert make for a travel experience that will awaken your senses. 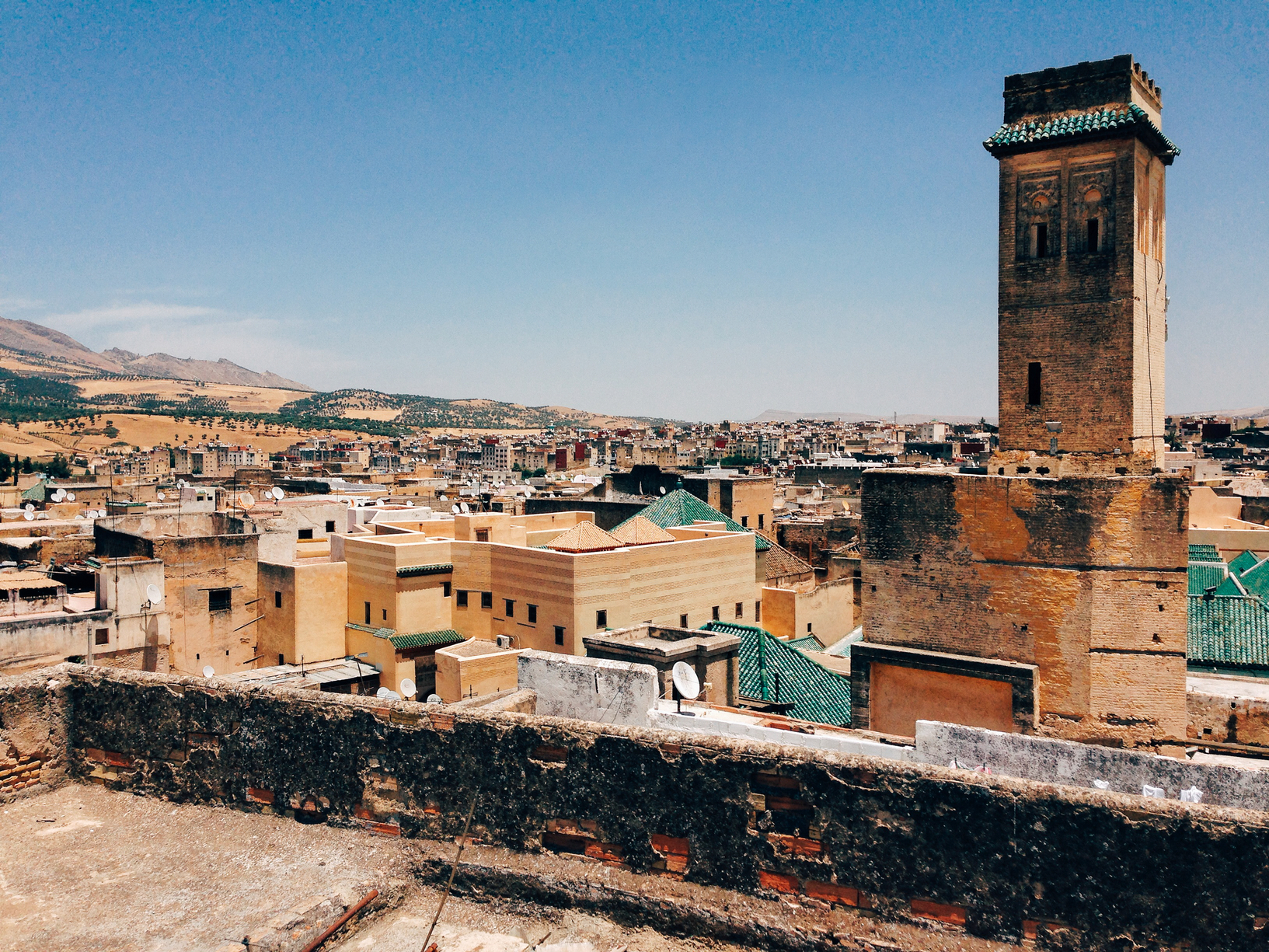 Morocco's oldest and most international city, Marrakesh is also known as the “Red City'' for the natural red ochre pigment that covers its walls and buildings. At the heart of the city is the Djemaa el-Fna, an open space where onlookers gather to watch groups of acrobats, storytellers and musicians. Venture to the souks (Arab markets) and you’ll find a bewildering maze brimming with spices, antiques, pottery and jewellery. The city is also home to the Bahia Palace, a 150-room castle that features extraordinary stained glass windows, handwoven silk panels and rose bouquet painted ceilings.

Fez’s narrow streets are filled with exquisite aromas, skilled craftsmen, market stalls and crowds of people. Whilst the city can be overwhelming, the patchwork metropolis radiates a sense of creative modernity. Fez is home to Quaraouiyine Mosque, which is believed to be the world’s oldest continuously functioning university and is well worth a visit. If you’re keen to escape the hustle and bustle of the city, the Jnan Sbil Gardens are located just outside the medina walls.

Nestled in Morocco’s Rif Mountains, this visually stunning city’s streets and buildings are painted a vibrant sky blue. With valleys, gorges and peaks in abundance, Chefchaouen is perfect for adventure travellers, with multi-day treks and day trips available. If food is more your thing, try the town’s signature tagine which is made with fish, vegetables, spices and oil and is served on a bed of fluffy couscous.

Tangiers is the major city in northern Morocco, located on the North African coast at the western entrance to the Strait of Gibraltar. Offering easy access to Europe, this city has a blend of cultures and influences that are unique in Morocco. To learn more about the vibrant history of the city, visit Kasbah Museum of Meditterranean cultures which is housed in the former sultan’s palace of Dar El Makhzen. For a unique cultural experience, find yourself in Beit Al Tarab, a red brick tea house that fills with locals drinking tea and clapping to traditional live music.

Casablanca is the best representation of the modern nation of Morocco, where French-colonial design and traditional Moroccan style converge. If you find yourself here, visit the Hassan II Mosque, an architectural masterpiece which features mosaics, marble columns and wood ceilings.

In Morocco, summer lasts from June to August and can be very hot, especially in the southern regions. Winters are mild but can get cold in the evenings when temperatures drop as low as -3°C. During winter, there is also heavy snow in the Atlas Mountains and it can get very wet in the north and along the coast.

While many people in Morocco will be able to greet you in English, it’s considered polite to use the local dialect (Darija) when saying ‘hello’ or ‘goodbye.’ You can greet a stranger by saying “salam alaikum” along with a firm handshake with your right hand, and “bislama” to say goodbye. If you get stuck with these, another option is to use simple French greetings (“bonjour” to say hello, and “au revoir” to say goodbye).

It’s customary in Morocco to wash one’s hands before a meal. If you’re eating in somebody’s home, a kettle of warm water, basin and towel may be passed around for this purpose. When the basin is passed to you, cup your hands over it, and one of the younger family members will pour the water over your hands while you wash them. Towel dry and then pass the towel along to your neighbour.

When eating tagine, you’ll likely be given several pieces of bread to eat with. Using your right hand, scoop out the contents of the dish with the bread to eat. Couscous will usually be served with a spoon, you won’t be expected to eat this dish with your hands.

Insect-borne diseases such as leishmaniasis and typhus are common in Morocco with malaria being less common. It is important to use insect repellent and ensure your accommodation is insect-proof. Waterborne, foodborne and other infectious diseases are also common so it is important to boil drinking water or drink bottled water, and avoid raw or undercooked foods.

The Australian government has recommended that travellers exercise a “high degree of caution” when travelling to Morocco and do not travel within 30km of the northern or western side of the Berm. Terrorism is a risk in Morocco, so it’s important to be alert to possible threats. Petty crime is also common so keep your belongings close and don’t walk alone in dark streets at night. Tourists may face aggressive begging and harassment, particularly near ATMs. Scams and fraud are common, so keep your credit card in sight during all transactions and check all goods you buy.

Morocco can be done on a lower budget with hostels and food markets offering cheap options to stay and eat. Morocco also offers luxury experiences with plenty of resorts, riads and spas that charge accordingly.