Keeping up with the kids

For Rose and Min Chong, caring for their grandchildren keeps them young at heart. 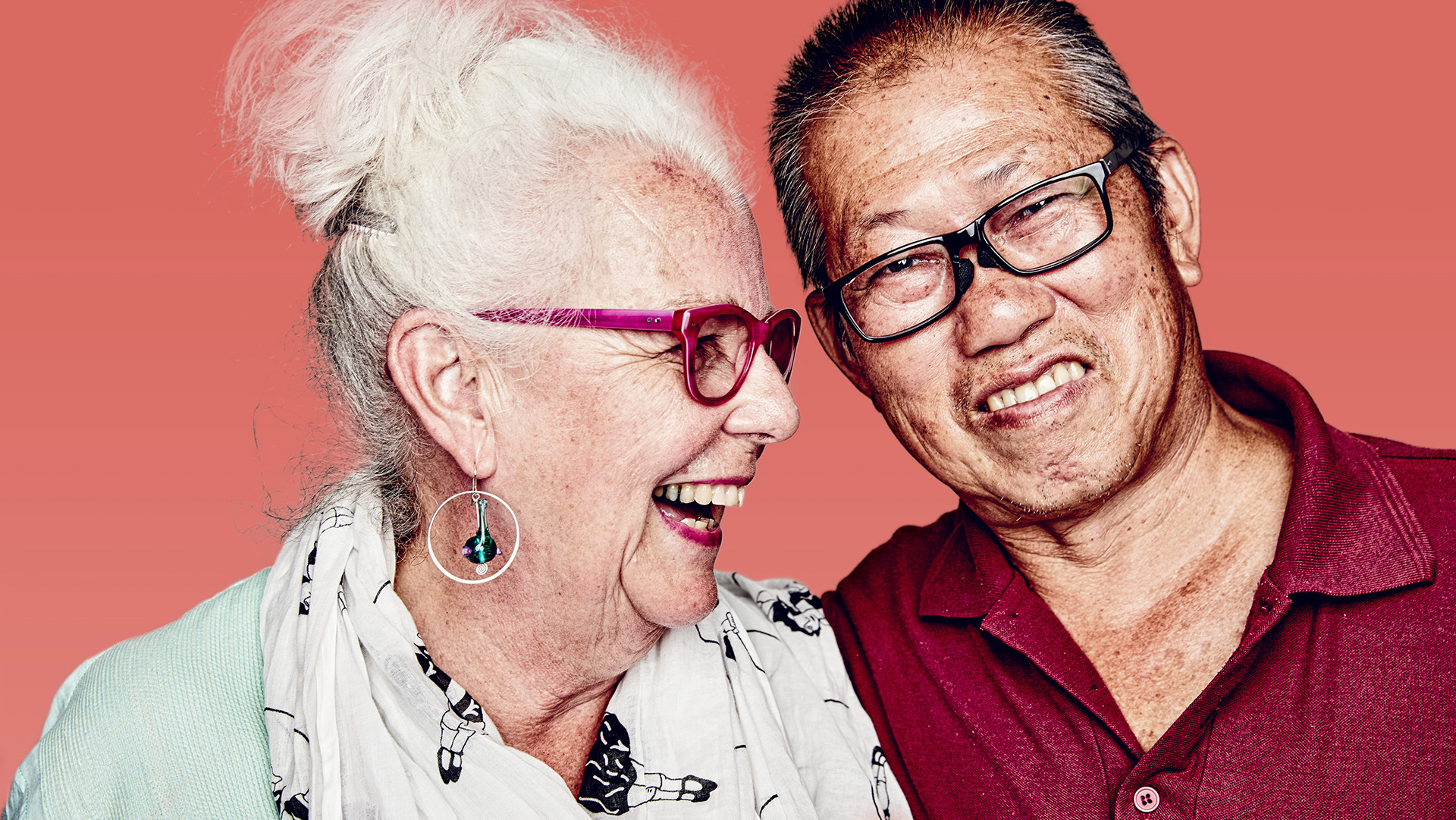 There’s no slowing Rose Chong and her husband Min, both aged 70. As well as working part-time, like so many grandparents today, they also help care for their young grandchildren.

Grandparents are increasingly being called upon to help take care of their grandchildren. According to [data](http://www.abs.gov.au/ausstats/abs@.nsf/Lookup/4211.0main+features3October 2012), around 937,000 children in Australia are currently being cared for by grandparents on a regular basis. And with the rise in female participation in the workforce – combined with the cost and lack of available formal childcare – this trend is likely to continue.

While a recent study found that many grandparents consider caring for family one of their ‘greatest achievements in life’, it also found that this role comes at a cost – with 40% of grandparents reporting that they have made significant compromises to do so.

But far from viewing it as a burden, Rose and Min – who star in the new Medibank 'I am Better' campaign with their grandchildren aged four and six years old – count themselves lucky.

“My daughter-in-law has gone back to university and my son works, so we look after our grandkids two days a week, and I work three days a week,” says Rose, from her much-loved, colourful costume shop on Gertrude Street in Fitzroy.

“Min is a retired Professor, but he goes into Melbourne University two or three days a week to work with young students. Sometimes he takes the grandchildren with him. And I bring them to work too.

“It’s great fun! We’ve got a special relationship with them.

“I always think that I’m very privileged that my sons and their wives trust me with their kids. I think we’re very lucky."

“The kids like to join me when I do exercises. It’s not really Michelle Bridges – it’s a granny and a four-year-old with an inflatable space ball.”

Of course, as Rose points out, looking after young children takes a lot of energy, and it’s important to keep healthy, both physically and mentally.

“You have to crawl around on the ground with them, and set up train sets. You also have to be a jump ahead of them mentally to make sure that they’re safe – you have to be able to anticipate the mischief they can get up to.”

Rose says she has been fortunate with her health, but it’s clear her endless energy is no coincidence – she and Min both keep active, and even get the grandkids to join in.

“They quite like to join me when I do exercises. It’s not really Michelle Bridges – it’s a granny and a four-year-old with an inflatable space ball.”

“Min also walks quite a lot and rides his bicycle to work. We both swim. I swim two to three times a week and I go to an exercise class for older women – it’s good fun.”

“I’m still in the workforce with no plans to retire, and I’m lucky enough to work with youngsters that stop me from acting old,” says Rose.

Like many couples balancing work and childminding, the Chongs also make the most of their weekends. As Rose explains, “We usually go out and do something we haven’t done before. We always try and go to a new place. We don’t want to miss out on stuff. We have extreme FoMO – a Fear of Missing Out.

"We have to stay healthy because being sick is very time consuming, and we have other things to do. We don’t want to miss out on anything.”

"We have to stay healthy because being sick is very time consuming, and we have other things to do. We don’t want to miss out on anything.”

The couple’s love of exploring their city and getting out and about is exactly how Rose, Min and their grandchildren found themselves starring in Medibank’s new ‘I am Better' campaign.

“It’s been awesome fun! It’s all been amazing,” Rose says of the experience.

“Do you know how we got chosen? We were in Bourke Street Mall taking the grandchildren out for the day and my husband was sitting on a seat and someone came up and said, ‘Do you want your photo taken?’ At first he was deeply suspicious, but we went and got the photos – and we had the best fun. Then we got chosen to be in the television commercial.”

After a long career in the film industry as a costume designer, Rose said she enjoyed her experience on the other side of the camera – and being back on set for the first time in 15 years.

“There was even a man there doing sound who came up to me afterwards and said ‘Do you remember me?” He said that I’d worked with him 25 years ago and it was his very first job in the industry.

“It’s been a wonderful experience. I’m thoroughly enjoying being a mega star.”

For Rose and Min Chong, caring for their grandchildren keeps them young at heart. Here, the Melbourne couple gives us a peek inside their active and colourful lives.

For tips on when you can't keep an eye on the kids, listen now below.

How to quit smoking

What I learned from a month without sugar