The history of washing hands

It's been barely a century and a half since hand washing was adopted as common practice by doctors. 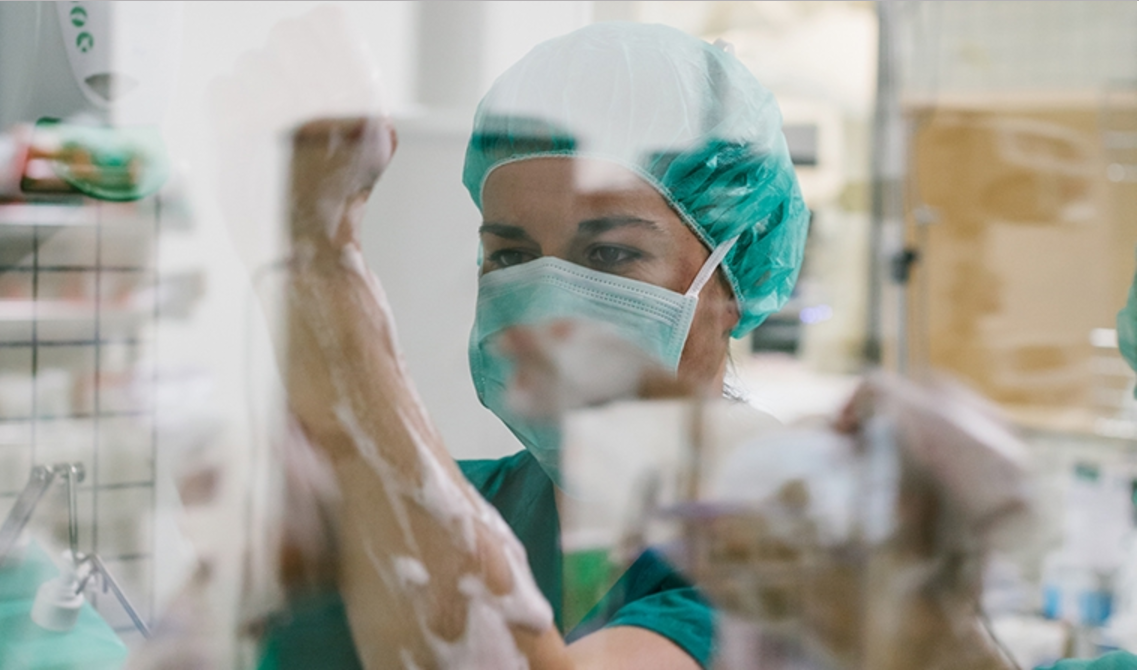 Today we take the simple act of washing our hands before meals or after such activities as relieving ourselves for granted. We understand that removing dirt and germs from our most-useful and most-used body parts is a basic and vital step in ensuring the hygiene of our homes and workplaces.

When it comes to our doctors, nurses and surgeons, we demand even more attention to hygiene, considering that at some point those hands may well be, quite literally, poking about inside our bodies. However, doctors having clean hands was not always the base-level hygiene we now consider it to be. In fact, it’s been scarcely a century and a half since it was adopted as common practice by doctors – and we have one very interesting doctor to thank for it.

Ignaz Semmelweis, fifth of 10 children of a prosperous grocer, was born in Hungary in 1818. After graduating medicine in 1844, he was appointed obstetrical resident at Vienna General Hospital in Austria in 1846.

During his time at one of Vienna General’s two maternity clinics, Semmelweis noted a discrepancy in maternal mortality rates. First Clinic, to which he had been appointed, had an average rate of 10%, which was attributed to puerperal fever (also known as “childbed fever”, caused by a post-natal uterine infection). Second Clinic, however, boasted an average of only 4%. It was no secret, either: women would reportedly beg to be admitted to Second Clinic, due to the widespread bad reputation of First Clinic.

"It was not until 20 years later that Louis Pasteur proposed an explanation for Semmelweis’ observations – the germ theory of disease."

Semmelweis was deeply troubled by his clinic’s terrible record, and set about doggedly searching for the reason for the discrepancy. With the two clinics essentially identical, the only significant difference was the staff: Second Clinic was used exclusively for the training of midwives, while First was used for the instruction of medical students, who frequently trained with cadavers.

In 1847, Semmelweis had his breakthrough. A close friend, Jakob Kolletschka, who had been accidentally pricked by a scalpel during a post- mortem, later died due to complications. Kolletschka’s own post-mortem revealed a similar pathology to women suffering childbed fever, which led Semmelweis to posit a link between contamination by cadavers and First’s increased mortality rate. He concluded that some kind of “cadaverous particles”, carried on the hands of students between the autopsy room and First Clinic, were responsible for the high incidences of childbed fever.

In response to this revelation, Semmelweis instituted a policy of washing hands with chlorinated lime after working with cadavers. He chose the chlorine solution, not because of its disinfectant properties (which were at the time unknown), but because he considered it best at ridding the hands of the smell of infected cadaver tissue. First Clinic’s maternal mortality rate dropped 90% almost immediately, was half that of Second Clinic within two months, and in the following year, 1848, hovered around zero.

Later that year, Semmelweis and his students began writing to maternity clinics and describing their findings; soon, lectures were given and reviews published in The Lancet. Though hopeful, Semmelweis was soon disappointed by lukewarm, even dismissive responses to his breakthrough, and as he had published nothing on the subject and was reluctant to expand on it in writing, misunderstandings and confusion over its value persisted.

In 1861, Semmelweis finally published a book entitled The Etiology, Concept and Prophylaxis of Childbed Fever. In its pages, he lamented the lack of enthusiasm for his work and the resulting high rates of childbed fever. He had been suffering from severe depression and the ignorance he perceived among his peers made him ever more furious and irrational.

In 1865, Semmelweis began to drink heavily and suffer extreme mood swings - although a precise cause was never uncovered, it has been speculated that he was suffering from a form of dementia, or possibly late-stage syphilis. In July of that year, he was lured to a mental institution under false pretenses, beaten severely as he resisted admission, placed in a straitjacket and confined in a darkened cell. Two weeks after his admission, he died from complications resulting from a gangrenous wound, aged 47.

It was not until 20 years later that Louis Pasteur, through his own work with infection, proposed an explanation for Semmelweis’ observations – the germ theory of disease. Semmelweis was finally vindicated, and is now seen as a pioneer in antiseptic procedures. A university in Budapest and several hospitals and obstetrics clinics across Hungary and Austria now bear his name.

Can urban greening make us happier and healthier?

The easiest way to create a new habit