Explore the highlights of Japan

Why travel to Japan? Because it’s like nowhere else in the world. 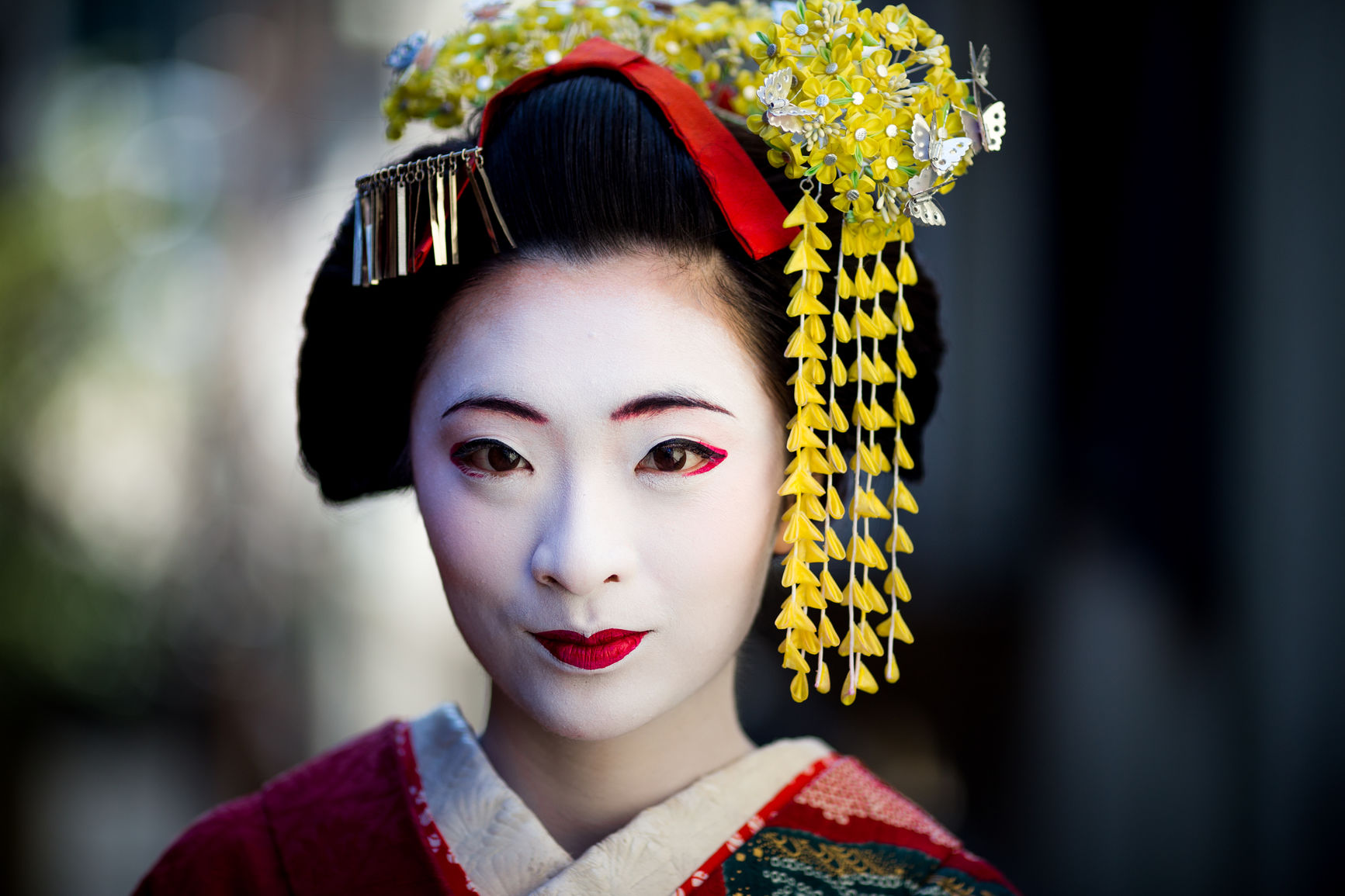 From the sprawling, light-flooded metropolis of Tokyo to rural remote pockets dotted with rising mountains and steaming hot springs, Japan offers a wonderland of contrasts for the modern-day adventurer.

While its cuisine, cool design aesthetic and zany pop culture are wildly celebrated around the world, many travellers will still experience a culture shock. As you delve into its ancient customs, rich traditions and meticulous attention to detail, you’ll discover there is truly nowhere else like Japan.

With no end of things to do in Tokyo, dive headfirst into this pulsing metropolis. First, get your bearings by perching at one of Tokyo’s sky-high bars like the Two Rooms in Aoyama or the Park Hyatt Shinjuku penthouse bar for the best views of the city’s famous skyline.

Back on the ground, Tokyo is an endless source of visual eye candy and adventure so make sure to try as many weird ‘only in Japan’ experiences as you can. Visit the insane Kawaii Monster Cafe, have your own real-life Mario Kart race, be mesmerised by the locals at Takeshita-dori, shop at the insane Don Quijote store, have tea with a hedgehog at Hedgehog Cafe Harry or drinks with robots at the renowned Robot Cafe.

Tokyo is a foodie haven, so hop between the hundreds of specialty eateries – try Kondo in Ginza for tempura, Chukasoba Suzuran in Shibuya for ramen, Ukaitei in Ginza for Teppanyaki (a kind of Japanese BBQ) and the Tsukiji fish market for the freshest sushi.

The Japan of yesteryear, Kyoto is a trip back to the imperial days; a place of serene temples, perfectly manicured gardens, seasonal reverence and famed geisha. From quiet strolls along the Philosopher’s Walk, a cherry-tree lined canal running between the magnificent Ginkaku-ji and Nanzen-ji temples, to meandering at dusk through the backstreets of Gion, Kyoto resonates old-world Japan at every turn.

Seeing the vermillion gates at the beautiful mountainside shrine, Fushimi-Inari-Taisha is an experience not to be missed. Be sure to go either at sunset or sunrise, both to see a view you aren’t likely to forget, and to beat the considerable crowds. While in Kyoto, head over to nearby Nara, the first permanent capital of Japan and home to the Great Buddha, wandering deer and eight UNESCO World Heritage Sites.

The power of regeneration is all too evident in modern-day Hiroshima, a city forever linked to the devastating atom bomb that struck in 1945. Today, it’s a destination for millions of tourists and while all come to pay their respects to the events of the past, it’s now a city with a sunny, laid-back attitude that warms everyone’s hearts.

Spend time in the Peace Memorial Park and museum, scour the Hiroshima Museum of Art and take a day trip to the nearby island of Miyajima to capture the majestic view of the orange gate standing proud in the ocean.

Those keen to ski Japan are usually well acquainted with Japan’s northern-most island of Hokkaido. Rugged and remote, it’s the country’s second-largest island and home to only five per cent of the population. The capital, Sapporo, held the winter Olympics in 1972, opening up its towering mountains and perfect powder to the world. For those less inclined to ski, the city’s annual snow festival, 19th century Sapporo Beer Museum and bubbling hot springs are sure to divert.

Hokkaido is also famous for its seafood - visit Nijo Market to see and sample King Crabs as big as your head, sea urchin, and all manner of weird and wonderful creatures from the deep.

Keen for a little skiing in Japan that’s closer to Tokyo? Hakuba in the Nagano Prefecture is easier to reach and offers 10 resorts, hundreds of runs and western and Japanese style accommodation.

Good food, warm humour and an enterprising spirit radiate from Osaka, setting the tune for your travels. Located in a uniquely flat landscape, the region has been a primary rice-growing area for centuries, instilling the locals with a down-to-earth nature and robust sense of community.

Perhaps a little quiet and reserved during the day, the city comes alive at night, where lights, tasty street food and entertainment quarters beckon. Feast on the local treats ‘takoyaki’, grilled octopus dumplings and ‘okonomiyaki’, pancakes, get a buzz walking through the blazing lights of entertainment district Dotonbori and take a peek at the Osaka Aquarium.

An easy day trip from Tokyo but well deserving of spending a night or two, Nikko is the gateway to Japan’s famed Toshogu shrine. Marking the entry to the Nikko National Park, it’s around 140km north of the capital and is a serene mountain wilderness far from the city’s frenetic pace.

With postcard-worthy views at every turn, expect mossy, wooded hillsides, quaint hump bridges, towering cedar trees and glowing red lanterns. At its prettiest in autumn, when shades of red blanket the landscape, it’s well worth a peek – and don’t forget to visit Lake Chuzenji.

Come spring, magnificent soft pink cherry blossoms flower throughout Japan, starting in the warmer south and travelling up to the north. This annual ritual is a time to celebrate the beauty of nature as the country is blanketed in a spectacular pink flower cloud.

Cherry blossom viewing parties are held throughout Japan where people come together to enjoy this majestic site. Some popular areas for Cherry blossom festivals include the castle town of Hirosaki, Ueno Park in Tokyo and Yoshino Yama in Nara Prefecture.

From the ‘chanko nabe’ stews they eat to bulk up, to the ornate silk belts and top-knots worn for tournaments, sumo wrestlers are a rare and fascinating breed in Japan. Full of ritual and tradition, their sport has its origins in Shinto religion and has been practiced for centuries. There are six tournaments held every year: three in Tokyo (January, May and September) and one each in Osaka (March), Nagoya (July) and Fukuoka (November).

Tokyo Disney offers an overwhelming dose of Disney magic just 15 minutes by train from Tokyo Station. This enormous sprawling park is clean, organised and brimming with excited families keen to experience as much of this wonderland as time and queues permit.

Immensely popular, expect long waits for rides so plan out your day, map your plan of attack and use your allocated fast passes to ensure you don’t miss too much. Accommodation is available at Disneyland Japan for those keen to extend the dream over a few days.

Geisha have mesmerised the west for centuries, with Arthur Golden’s 1997 historical fiction novel ‘Memoirs of a Geisha’ fuelling our fascination. These skilled female artists have been an integral part of Japanese culture since ancient times,, entertaining clients by singing, dancing, playing music and engaging in conversation.

Modern day Geisha still exist, although their numbers are dwindling, and glimpses of them can be caught as they flit to and from appointments in the backstreets of Gion in Kyoto.

Japan’s varied topography and long, skinny shape make for a mixed bag when it comes to climate. With the majority of cities in the northern temperate zone, expect four distinct seasons, however prepare for a variance from the northern mountains of Hokkaido (that experience short summers and hard winters) to the southern islands with a subtropical climate.

Overall, temperatures average 25-30°C during summer (June to August) and around 6°C in the mostly mild winters (December to February).

Spring is a beautiful time to visit, especially if you can time your travels with the annual cherry blossom festival Japan. Summer heat can be oppressive, and often brings with it the rainy season in June, however relief can be found exploring the cooler, mountain regions of the north. Autumn in Japan is one of the prettiest in the world, with maple leaves turning spectacular shades of crimson, orange and gold. Winter differs from north to south, however those keen to ski Japan will find some of the best conditions in the world with an abundance of fresh snowfall.

At least four-weeks prior to commencing travel to Japan, all travellers should ensure their routine vaccinations are up to date, including tetanus and diphtheria, whooping cough, polio, measles, mumps and rubella and chickenpox.

Discuss with your doctor prior to travel whether hepatits A and B, Japanese B encephalitis and tick-borne encephalitis vaccinations should be administered, based on your travel itinerary and intended length of stay.

With one of the lowest crime rates in the world, Japan is a safe travel destination, however common sense and general precautions are always advised.

In the case of an emergency in Japan, phone 110 for the police or 119 for the ambulance or fire brigade.

While Japan is often perceived as an expensive travel destination, there’s plenty of wiggle room to ensure a value-packed experience for visitors. For luxury travellers, there are more than enough top-notch hotels, high-end restaurants and boutique shops to fill your days, however for those keen on a more economical trip, this can be easily achieved with a little planning and thoughtful spending. Hostels in Japan aren’t like hostels elsewhere in the world, and are largely cozy and clean. If you’re travelling around the country, a Japan Rail Pass can be a great way to get around and keep an eye out for good deals on domestic flights.

Tipping is not a strong part of Japanese culture, with appreciation shown by giving gifts over money. If you would like to give a cash tip, it’s polite to place it in an envelope first.

While credit cards are reliable for hotels, department stores and certain restaurants, it’s still very much a cash society so ensure you carry some on you. ATM withdrawals are easier today than they once were, with post office ATMs and Citibank ATMs accepting foreign cards.

Could you have sleep apnoea?