Do the locomotion around the world with some of these magnificent train trips. 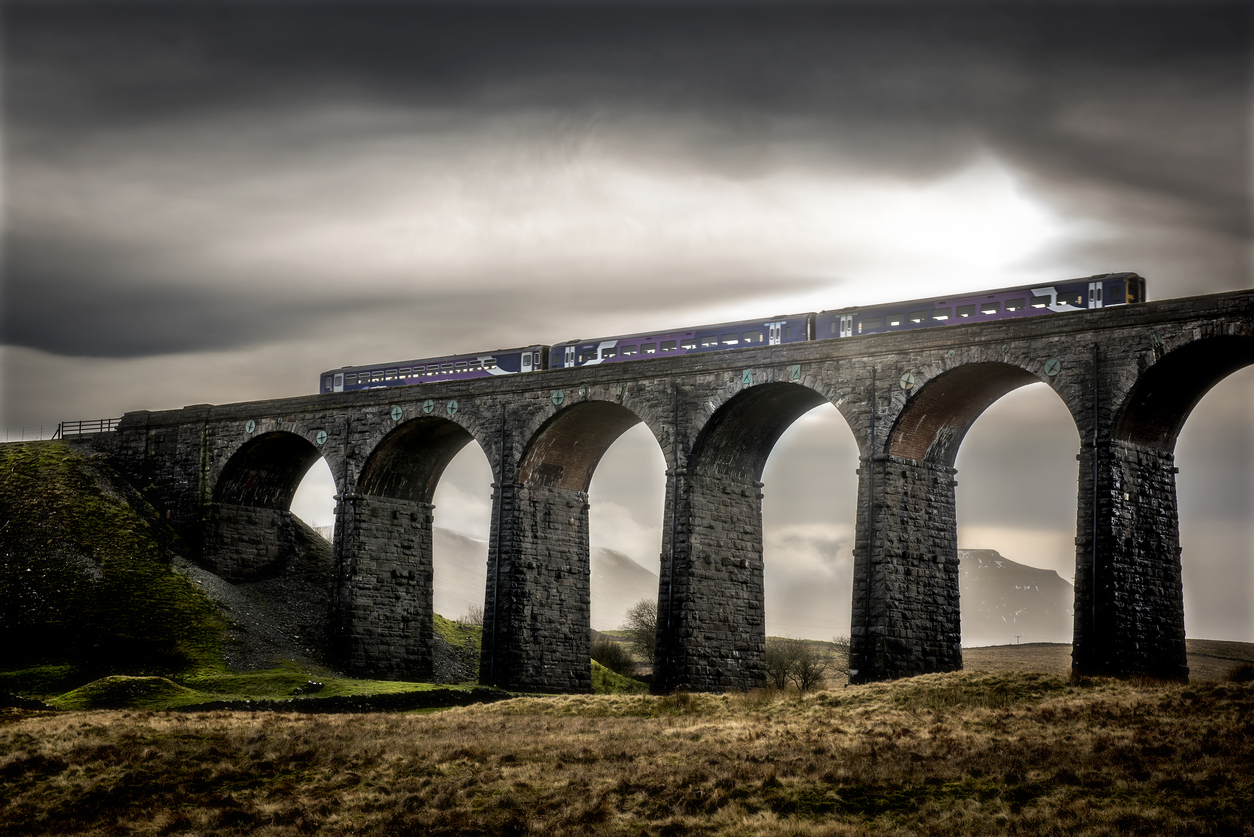 There’s something nostalgic about rail travel that harks back to the days of steam trains, grand railway stations and vintage rail posters. The physical track connecting people and places, trainlines were sidelined for a time to make way for the boom in air travel, but they’re making a big comeback as people return to the experiential nature of the journey.

We take a look at some of the most spectacular railway lines linking destinations around the world.

Ambling along at speeds no greater than 110 km per hour, the Blue Train ferries passengers between Cape Town and Pretoria in absolute luxury. Taking around 28 hours to make the journey, it’s about slowing down and soaking up the spectacular scenery in supreme comfort and style. With a personal butler service, free-flowing champagne and a formal dinner sitting, it’s a nod to the old style of travel and an unforgettable way to be whisked across the countryside.

Built by the British in 1903 to link Kalka and Shimla in the northern Indian state of Himachal Pradesh, this UNESCO World Heritage rail line runs for 96 km through 102 tunnels that wind amongst dense mountains and pine forests. With several trains servicing the route, it’s popular on the tourist’s itinerary and is a beautiful way to climb up into the spectacular Himalayan landscape.

With its name deriving from the two oceans it connects, the Indian Pacific carves a momentous path across the southern half of the country. Travelling between Sydney and Perth via Broken Hill, Adelaide and Kalgoorlie, it’s a three-night, four-day rumble as it makes its way across the mighty continent of Australia. With options for shorter routes and stopovers in Adelaide, there are plenty of ways to break up the journey and truly savour the diverse landscape as it whizzes past the train window.

Highlighting the best that the southwestern island of Kyushu has to offer, this brand new train first hit the rails in October 2013 and is Japan’s first luxury sleeper. Fully booked until the end of March 2014, its popularity shows a keenness for discovering this lesser known part of Japan and its mountainous beauty. Stop for overnight stays at a traditional ryokan, visit onsen for a natural hot springs soak or just absorb the beauty of the rolling hillsides.

54 passengers can travel on Ecuador’s Tren Crucero, which travels along the country’s Andean spine between Quito and Guayaquil. For three nights and four days, passengers journey along a landscape dotted with volcanoes, through local villages and up exhilarating precipices, following a railway line built over a century ago but only recently returned to service. Retiring each night to stay in local hotels along the way, the journey provides plenty of opportunities to encounter the culture, food and locals along the way.

Settle back on the tartan upholstery and enjoy this intimate journey through the Scottish Highlands in relaxed indulgence. Accommodating only 36 travellers at a time, the Royal Scotsman is all about personalised luxury. Departing Edinburgh or London and stopping along the way for tours that can extend into seven-day journeys, it’s a high flyer’s way to take in plenty of Scotland in a short time. With exceptional fare, merry bagpipers and the finest whiskeys, it’s the best of Scotland on wheels.

Insure your health when you travel with Medibank travel insurance.