The history of bottled water

A brief history of how we got so thirsty for bottled water. 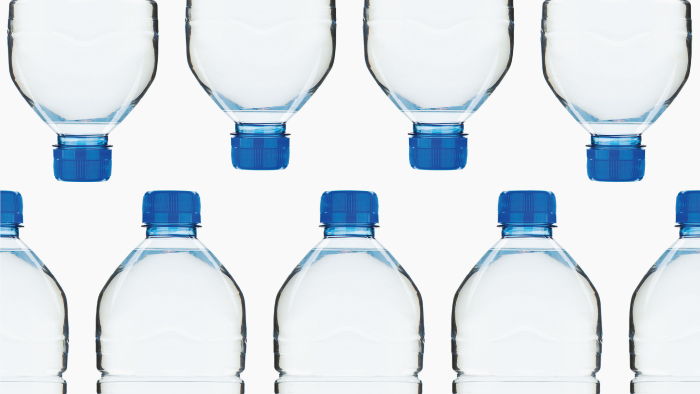 You have to wonder if the great American comic Mel Brooks, in his satirical sci-fi spoof Spaceballs, ever realised that his invention of ‘Perri-Air’, a can of designer fresh air that the world’s wealthy huffed on, would ever be so prescient. Of course, Brooks was taking the mickey out of Perrier – those iconic French purveyors of effervescence who became the first modern brand to mass market bottled water on a global scale. Brooks was lampooning the sheer ludicrousness of paying exorbitant money for something that was already free. But given the havoc the Western world’s consumption of plastic water has wreaked on the environment and natural resources ever since, it’s doubtful even he’d be laughing now. So, how did we get here?

A brief history of bottled water

Our reverence for ‘pure, clean spring water’ stems back as far as the Industrial Age – right around the time when humanity started to pollute our rivers and lakes. In the US, as early as 1767, spring water was bottled and sold from Jackson’s Spa in Boston, and by 1856, New York’s Saratoga Springs produced over seven million bottles annually. In both cases, not unlike today, the water was marketed by spouting its remarkable health benefits. But by the 20th century, as the advent of chlorination in local water supplies and standards in hygiene improved, bottled water became passé… that is, until the late 1970s when the marketing whizzes at Perrier saw an in - cleverly targeting the burgeoning yuppie demographic who had a demand for something ‘less polluted’ and ‘more pure’ than ordinary ol’ tap water.

At first, practical people laughed. But successive campaigns proved insidious and the manufacture of demand successful. Globally, the bottled water industry is worth almost $100 billion per year, up 70 per cent from ten years ago.

Where does it come from?

Every campaign pushes the same myth: typically, bottled water is packaged with images of serene springs, scenic rainforests, blue-skyed vistas and snow-covered mountains. Something of a misrepresentation when the majority of bottled water is actually just filtered tap water. Admittedly, many brands are bottled at local springs, lakes or rivers, but that presents its own problematic question: who owns our water?

Unless your local water supply is terribly polluted, the short answer is no. Depending on brand, source, how it is packaged and filtered, and when it comes to purity or cleanliness, sometimes bottled water is actually ‘dirtier’ than tap water. Usually, it comes with less organic material, sure – however, also less fluoride and chlorine.

A recent study into the cost of making a one-litre bottle of Fiji water was illuminating: bottle manufacture and transport used roughly between 12-25 litres of water, 849gm of fossil fuel and emitted 562gm of greenhouse gases. And that’s not even factoring in what we do with the ‘recyclable’ bottles. In most recycling, polyethylene terephthalate (or PET) bottles are not recycled properly if at all, and end up in landfill – or dispatched overseas to third-world nations to be ‘downcycled’, which in turn are discarded as waste.

While there is a growing consciousness about the environmental detriments of bottled water, some people are being more proactive in addressing its problems. Some communities are flat-out rejecting it – the Australian town of Bundanoon has banned all bottled water on its shopping shelves. Others are co-opting it for good causes – Thankyou Water is a new not-for-profit charity aimed at selling a plain-labelled bottled water product as a means for raising money for safe-drinking water schemes in impoverished communities. But really, the most ideal, practical solution for most of us is to buy bottled water only sparingly, and then simply re-use the bottle by filling it up from the tap. You’ll stay just as hydrated, guaranteed. Otherwise, if the worldwide pollution caused by bottled water continues, in the generations to come, Mel Brooks’ canned air might be no joke after all.

Food on the move