Paul Dumbrell became the CEO of Australian retail chain Autobarn at 27. While always on the horizon, his promotion was fast-forwarded when his father was diagnosed with cancer. “We’d talked about succession planning for the years ahead but when Garry got cancer, I went from Marketing Director to CEO in 12 hours, and it was tough.”

Thrust into a high pressure job while continuing professional motor racing, Paul’s double life helped him find success on the track as he was forced to divide his attention between two jobs. “In the last two years, when I had a lot less time for motor racing, I actually had the most successful two years of my whole career. I was a lot more structured, I planned my time and because I didn’t have the time to spend watching videos of my previous races, the time I did spend was very targeted.”

Taking on the CEO job at 27 was both a challenge and an obligation to the family business and Paul sees the positives and negatives of his age. “Our organisation has people from 17 to 65 and while I’m very young and my age is a challenge, I also see it as an asset - I’m more understanding and responsive to marketplace change.”

Growing up, Paul spent his school holidays in the warehouse packing boxes and credits his father for teaching him all he knows about business. “My father was a good teacher by allowing me to watch, he wasn’t one to say this is what you do if this happens, because business is so dynamic and there are never two situations that are exactly the same.”

Over the last few years, family health issues have played a role in shaping Paul’s personal health and fitness outlook. Around 12 months before his father’s diagnosis, Paul’s younger brother Lucas was made a quadriplegic in a serious motor racing accident. “I was actually watching the race; I saw it happen live at Oran Park in Sydney… it’s a life-changing experience for any family, and we are lucky in our position that we could give Lucas the best care and the best opportunities that there is, but it changes how you view things.”

Questioning whether to quit motor racing after his brother’s accident, Paul continued to race and instead used the incidents as a trigger to intensify a focus on fitness that he had kickstarted a few years earlier. “That was one big catalyst but it also started probably three of four years earlier. It was only six years ago that I couldn’t run a lap of the tan [Melbourne’s Botanical Garden running track] in under 20 minutes. I literally was so unfit, I didn’t value fitness at all…. and that was one of the challenges with motor racing, the races became longer and fitness became a bigger part.”

Developing his health and fitness for motor racing was the first step towards adapting his life for fitness, and one that Paul has maintained ever since.

While every CEO’s role comes with responsibility, as a franchised organisation, the CEO of Autobarn has the added pressure of ensuring the 225 franchisees who have invested in the business model continue their investment. “We can have the best strategy in the world, unless we have 225 independent business owners who have agreed to come on the journey, it’s not going to work”, explains Paul. While his job can be associated with stress, Paul chooses not to let it overwhelm him, instead using exercise as a way to check out of the intensity of work.

“Stress is something you have to ensure that you can actually walk away from at some point in time, and that’s where ironman and fitness really come into it. It’s such a good thing to distance yourself, you’re not contactable for long periods of time, it’s really self-rewarding.”

Peak ironman training can involve up to 20 hours of exercise each week, an amount you might think would chew up most people’s spare time. For Paul though, heavy training helped him find ways to create free time in his life. “Rather than leave work at 5pm to drive from Nunawading to the tan to do a 12km run, I started to run home from work. It was 20km and you’d kill two birds with one stone by checking out of work at 5 and then you don’t have a laptop at home. So I adapted some training to enhance my lifestyle.”

Paul has competed in two ironman events, Mexico in 2010 and Melbourne in 2012, and aspires to one day compete in Hawaii. He is, however, on the verge of hitting the two most competitive age brackets in ironman, 30 - 34 years and 34 - 39 years and acknowledges that the event isn’t worth it if it starts taking over his life. “If i wanted to I could sacrifice other things, I could sacrifice personally and at work, but I use ironman as a release and a circular event to help improve my life, so it’s not the be all and end all.”

Often the CEO leads by example, and at Autobarn, health and fitness initiatives are starting to trickle through the organisation that weren’t part of its culture before. “We just relocated to a new building last year and one of our goals that we were selling to staff when we were moving was a full gym, and we’re in the final stages of setting that up,” says Paul. Paul plans to bring in a personal trainer one morning or evening each week for staff and, if the uptake is high, increase this to gradually create organisational change. The new facility also has a canteen with a commercial kitchen where staff members have convenient access to fresh and healthy meals.

Asking what keeps Paul motivated in both business and sport it’s striving to achieve what you don’t think is achievable. While he acknowledges that the execution across both worlds is different, he believes he same philosophies apply.

Underlying all that he does is the desire to improve, something that has always motivated him but has intensified as he has gotten older. He admires his father, who is now 12 months free of cancer, for his drive and ability to be successful in a way that is unmotivated by money. “His drive isn’t financial, it’s about the thrill of being successful rather than the fruits that come from it. My drive and what drives me is trying to achieve something that someone hasn’t been able to achieve previously.” 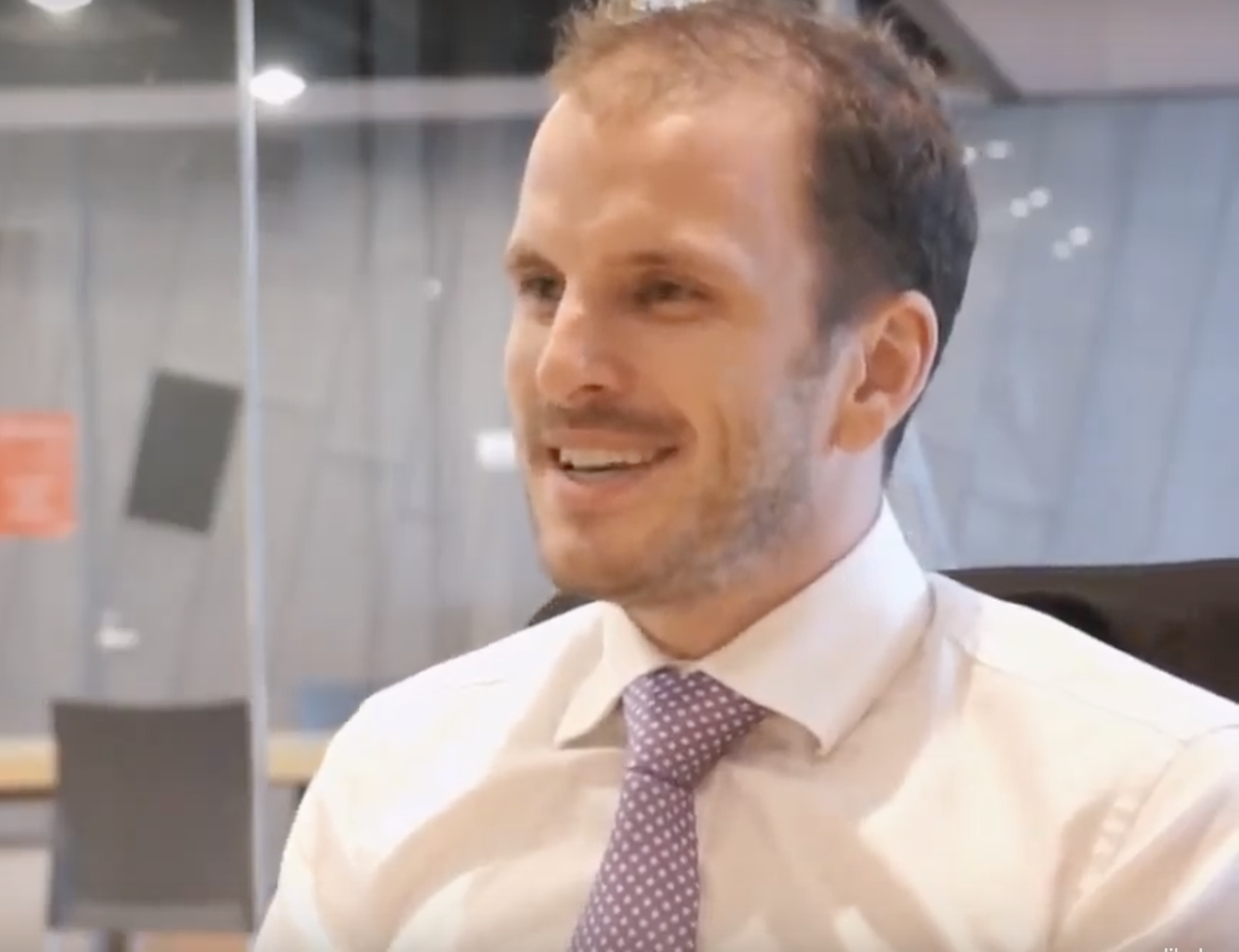 V8 Supercar driver before he had his full driver's license, CEO before he was 30 and a dual ironman, Paul Dumbrell has achieved amazing success.

The benefits of yin yoga