Discover the UK with our essential travel guide 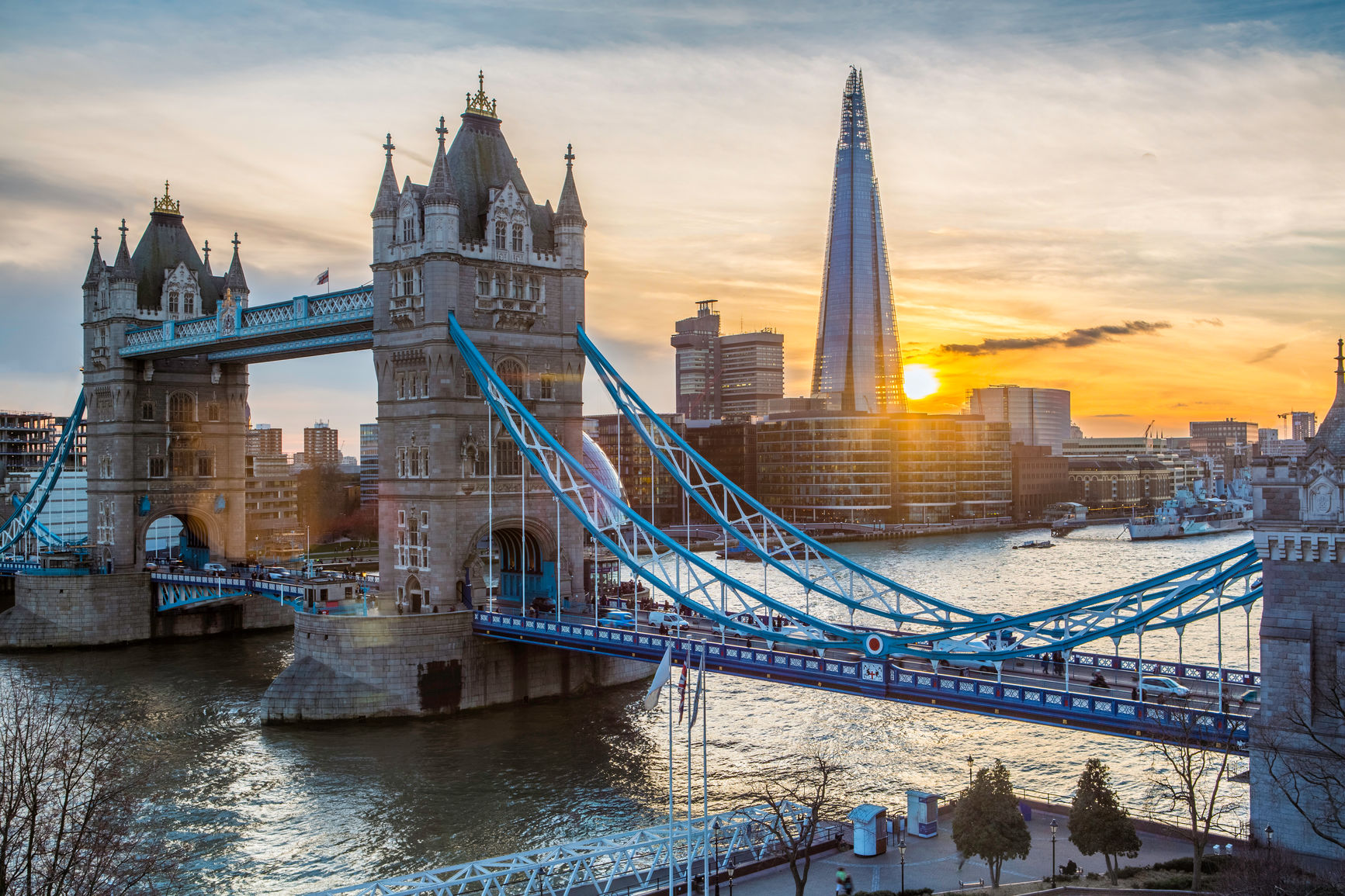 The United Kingdom is a modern empire with a very ancient past. It’s the home of dance music, and the home of cricket. It boasts towering skyscrapers in the thriving metropolis of London, and narrow thatched cottages of sleepy countryside villages. It’s where the punk movement began, industrialisation first wound its cogs, and where some of the greatest names in art and music call home. A melting pot of cultures and a land of rich history, it’s no surprise the UK is one of the most popular holiday destinations for Australians.

Like the lead singer of one of the many famous bands that call it home, London’s reputation, fame and general good looks give it front row standing when it comes to British tourism. It boasts some of Britain’s most iconic landmarks, with Big Ben, Westminster Abbey, Madame Tussauds, The London Eye and St Paul’s Cathedral all within walking distance of each other. You can get all this done in a day or two. .

London is an ever-expanding modern city built atop centuries-old foundations. With the original Tower of London built almost a millennium ago, the city’s cobbled laneways, 15th century pubs and slightly crooked terraces hold a wealth of colourful history. Let one of London’s iconic Beefeater Royal Guards take you on a spooky tour of The Tower of London, have a royal look at Her Majesty’s residences at Buckingham Palace, and or cast an eye over The London Bridge.

Those with more modern taste can take in the big name exhibitions at the Tate Art Gallery, shop in Soho and check out Brick Lane in London’s East for it’s great selection of bars like The Cocktail Trading Co. or Big Chill Bar. London has always been about setting trends, so follow the lead of the locals!

Scotland’s Edinburgh is a bookish University town that sits stoutly between the icy blue waters of the North Sea and the looming, mossy Arthurs Seat Mountain. Studious, serious, and old; Edinburgh gathers solemnly around the imposing Edinburgh Castle. It is beautiful, in its old, humble way; with the cobbled alleyways and kooky bars begging you to keep walking, keep exploring.

And yet, it’s these same grey, historical streets that burst into cheerful mayhem each August with the arrival of the Edinburgh Fringe Festival. World-famous and still running strong since its first festival in 1947, Fringe is a melting pot of performances - from comedians, to singers, to abstract artists. It’s the largest art festival in the world, and a great catalyst to go exploring this little town of such rich medieval history.

Also held in August is the Edinburgh Military Tattoo. Held at the infamous Edinburgh Castle (a site of which you must commit a day to explore properly), the Tattoo gathers hundreds of military and pipe bands from across the world to compete.

Beyond the sparkling music scene, Glasgow has a lot to offer. The somewhat drab and staid Victorian architecture has been cleaned up and kitted out with modern dining, quirky bars and sophisticated fashion boutiques. Home to the School of Art and the Kelvingrove Art Gallery and Museum, Glasgow is a modern city that only barely shows its age.

Pastel-hued Brighton is a slightly weather worn beachside town with lots of character. Brighton is just a one hour from the centre of London, and feels like a different world.

Far from past its prime, Brighton bustles with life. The Brighton Marine Palace and Pier is an enchanting vintage relic, with its Indian-inspired plumes and lace wrought-iron fences a throwback to the Victorian era in which it was built. The pier, and roads surrounding, burst into life during the Gay Pride festival in August each year, with thousands of brightly dressed visitors pouring into town for the festivities.

Beautiful and ancient Sussex is instantly recognisable from its gleaming white cliffs. The Seven Sisters cliffs stretch out beside the English Channel, their bright chalky cliff-fronts dropping down to black beaches and out onto the freezing blue ocean.

Handed from the Romans, to the Saxons and finally to the Normans; Sussex has gathered thousands of years of history underneath its unassuming streets. You can visit everything from actual Roman mosaics at Fishbourne Palace, dating from the 1st century AD, to medieval residences at the famous Arundel Castle.

The charm of this beautiful town is the gaping beauty of the coastline, and its incredible history - schedule a day or two for a quiet visit to see where the heart of the UK still lives on.

Hit the road and head to the wide-open spaces of the beautiful Lake District. The second largest national park in the UK, the Lake District is located in the northwest of England, in the county of Cumbria. Its rolling, lush, green hills gulp down into deep valleys that are filled with dozens of crystal clear (albeit freezing!) freshwater lakes. Top attractions in the Lake District including hiking its highest peak - and the highest peak in England - Scafell Pike, or take a boat out for the day around the waters at Windermere.

From a humble farm to the stomping ground (literally, it gets very muddy) of the Hollywood elite, Glastonbury fields in Somerset, is home to the UK’s biggest music mecca. Glastonbury, a 5-day music festival held in the last weekend of June, has its beginnings as a hippie and free-movement festival in the 1970s. These days, the festival attracts music lovers from around the world, with big name acts gracing the stages. Make sure you get in quick, however: tickets for the festival sell out extremely quickly when they go on sale in early October.

The Loch Ness Monster, said to reside in the freshwater Loch Ness Lake in the Scottish Highlands. Some call it a myth, others swear they’ve caught a glimpse - whatever you decide, half the fun is looking. Besides monsters, the Scottish Highlands offer some of the best outdoor adventures in Europe. From famous walking routes such as the West Highland Way and the Ben Nevis ascent to mountain biking and sea-kayaking -- the Highlands offer heart-pumping activities to adrenalin junkies and nature enthusiasts alike.

One of the most iconic monuments in the world is the eerie rock formation at Stonehenge, Wiltshire. As you stand before the enormous boulders, lifted to form a circle like enclosure, you cannot help but wonder - this was built 2,500 BC, by humans. Breathtaking, hard to believe and spiritual in some way or another, this prehistoric monument has mysterious origins, but the on-site museum helps to paint a picture of where and how it might have been built.

The weather in the UK has always been the butt of some joke or another - and sadly, it’s based on truth. The weather in this part of the world is often grey, chilly and drizzling. This can provide a spectacular backdrop to some of the historical sights, but can also lead to perpetually wet feet and cold hands. Unless the snow and joy of the festive season are your reason to visit, aim for the Northern summer of June, July and August for longer days and warmer weather.

No vaccinations are currently required to visit London however all travellers should ensure routine vaccinations are up to date at least four weeks prior to travel. These include tetanus and diphtheria, whooping cough, polio, measles, mumps and rubella and chickenpox.

Always be on the safe side when you travel by taking out comprehensive travel insurance. Medibank Travel Insurance gives you leading hospital, accident and medical evacuation cover while you’re travelling. And with our comprehensive plans, you'll be covered for a host of other surprises like lost luggage, cancelled bookings and rental car insurance excess.*

The United Kingdom can be a fairly expensive place to visit. For young travellers, there is a variety of fun and well-priced backpacker options, but for older travellers or those looking to stay in hotels and eat out, you might find it to be quite expensive. Tip: base yourself in one city, and opt for a variety of day trips. You will save yourself plenty of money on internal flights, and as it is such a small area, you will see more of the countryside in between.

Generally, all businesses in the UK will accept credit card, with plenty of exchange offices and ATMs available.

An insider’s guide to the best of Thailand

Travelling overseas? Here’s how to take carry-on only