In the Colombian mountains armed forces have been in constant conflict for over 50 years. 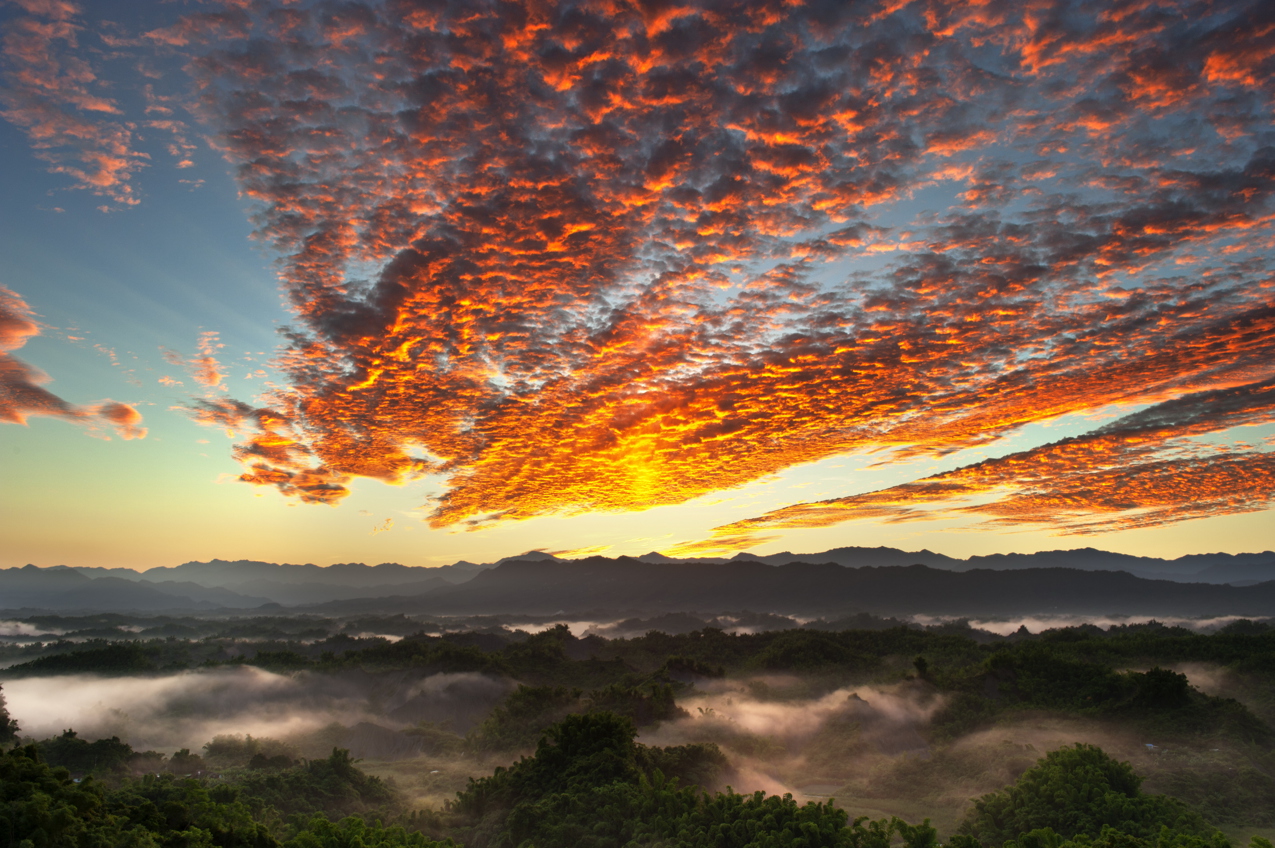 In the verdant mountains and jungles of Colombia’s north, an alphabet of armed forces have been in constant conflict for over 50 years.

In these parts, revolutionary groups FARC, ELN and EPL fight both paramilitary groups and official government forces – everyone trying to secure territory, power and cocaine crops.

<span lang=""EN-US"">Entire regions in Colombia have been displaced by the war. In the past 20 years alone, 70,000 civilians have lost their lives. Until recently, the country had the highest number of internally displaced people in the world – over five million people have been forced from their homes. It’s not the sort of place you’d expect to find a peaceful farming community.

<span lang=""EN-US"">In 1997, a group of local farmers came together and said: enough. They decided to do something completely different. Not take up arms, but lay them down. In the abandoned town of San José, a new community based on non-violent resistance was formed. Members carry no guns, and no arms are allowed inside the boundaries. No drugs, and no alcohol. With the help of international volunteers and businesses who support Fair Trade and ethical sourcing, the farmers are raising a generation of children who believe in the possibility of peace.

<span lang=""EN-US"">In a country where military structures and rigged elections are the norm, the Peace Community is transparent. An Internal Council elected yearly from the community’s 1,500 members resolves any internal conflicts through dialogue in open, weekly meetings.

<span lang=""EN-US"">Anyone can join; they are given a plot of land for a three-month trial, to see if living without the protection of a gun is something they can do. Members dedicate one day of every week to ‘community’ work, to the cocoa plantations, the schools and their shared life.

<span lang=""EN-US"">Today, the community has a global platform; the Internal Council speaks out against the constant human rights violations across the entire region. “The way they live is very dangerous,” explains Dan Slee on a Skype link from London. Slee is a member of Peace Brigades International (PBI) who paired up with the community in 1999. Seven PBI volunteer observers are stationed year-round in the Urabá region, to accompany the community as they travel from village to village, documenting human rights violations.

<span lang=""EN-US"">"The community was losing hope in the idea of exporting our products. We now have hope again."

<span lang=""EN-US"">The presence of the PBI, with their instant connections to foreign embassies and the international press, is the community’s only protection against paramilitary and guerilla forces.

<span lang=""EN-US"">Despite the seemingly impossible challenges the community face, they have managed to grow their cocoa business to the point where they now trade internationally. The trade relationships provide them with much-needed revenue as well as something less tangible: hope.

<span lang=""EN-US"">Cosmetics company Lush has sourced beans for their cocoa-butter based products from the community for the past three years. Lush also runs campaigns for them, lobbies governments, and in 2014 flew members of the Internal Council out to the UK to raise public awareness about their struggle for peace.

<span lang=""EN-US"">Internal Council member Jesus Emilio explained during his trip to the UK that these trade relationships “arrived at a point when the community was losing hope in the idea of exporting our products. We now have hope again”.

<span lang=""EN-US"">Finding ethically produced cocoa beans is challenging, says Lush’s Ethical Campaigns Manager, Lola Figuero, but other brands need to understand that they can create positive change by “using buying power to support fair conditions for workers and respect for the environment”. The Fair Trade label is no simple sticker: it represents real change in the lives of real producers.

<span lang=""EN-US"">After 50 years of war, it can be hard to even imagine what peace might look like. Education, says the community, is everything. Children are taught to discuss the violence around them, not simply to react.

<span lang=""EN-US"">The community has also set up an ecological research centre, the Farmers’ University, where growers can come together and share knowledge. They work with villages across the region, Slee says, regardless of whether or not they are members of the community.

<span lang=""EN-US"">In December 2013, after 16 years of state violence and persecution, the President of Colombia issued an official apology to the Peace Community, recognising their right to stay on the land. The Internal Council says that, despite the violence, the years since the community’s founding in 1997 have been “years warmed by the lives of many people who believe in our new humanity, and with them we have never been alone. Quite the contrary: they walk with us each and every day”.

The community garden: a space for growth, connection and family

Cloud Forest: The tropical rainforest inside a city