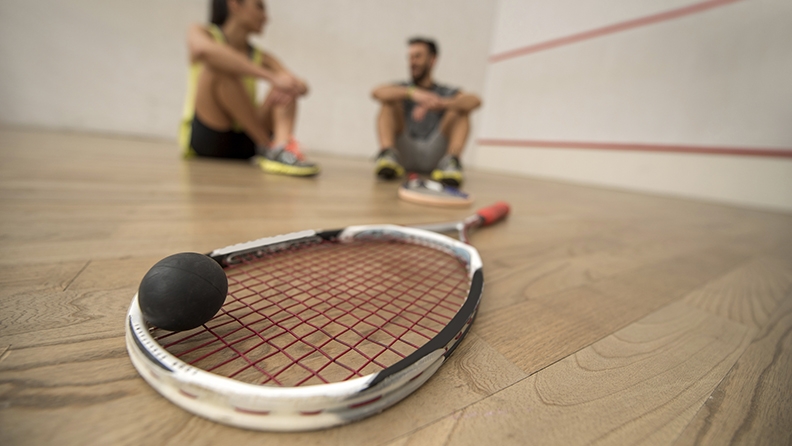 For five-time world squash champion Sarah Fitz-Gerald, the countdown to the 2017 World Masters Games in Auckland has well and truly begun.

As an Australian-based ambassador for the April event, Sarah is tasked with spreading the word for this epic occasion that will see over 25,000 athletes from 100 countries competing across 28 sports.

“I have been to New Zealand many times – mainly Auckland over the years when I was a professional player in the '80s and '90s. But I have also spent time in Rotorua, Wellington and Christchurch,” Sarah says.

“Auckland is the place I have seen the most and I am looking forward to coming back with the World Masters Games. I will get to see a lot of people I know from all over the world. It’s a great excuse to take part in a tournament and have a holiday at the same time – that’s the whole idea of it.”

Growing up, squash was a natural fit for Sarah, with her mum a four-time Aussie champ of the game and manager of a local squash centre in southern Melbourne.

“It keeps me involved in the sport and I can stay in touch with the squash community. Building courts is great – our sport is growing again.”

“Squash taught me a lot and got me all over the world,” Sarah says. “I was just 14 when I first got sent overseas to compete – and it was to Auckland.

"As a kid I had represented the state and played all over Australia, then when I got my first international trip I absolutely loved it. It was a 10-day trip and I met people from all over the world. I had a terrific time and it motivated me to do more. By the time I was 16, I competed in the World Junior Championships in Ireland and by 18 as soon as I left school, I was off on professional tour.”

With a swag of accolades throughout her years playing professionally – including bringing home gold at the Commonwealth Games and an induction into the prestigious Sport Australia Hall of Fame – it’s travel that remains top of mind throughout Sarah’s incredible career.

“Travel is the one thing that stood out for me, and I am still wild about travel. Obviously I was wanting success and it was for the love of the sport and the competition – but travel was a major highlight for me.”

When she’s not coaching or playing squash, Sarah and her husband are still deeply involved in the game, building squash courts around Australia. A recent trip saw them drive from Western Australia across the Nullabore to Adelaide, building a couple of courts in Adelaide and Kalgoorlie along the way.

“It keeps me involved in the sport and I can stay in touch with the squash community. Building courts is great – our sport is growing again.”

While keeping fit and active is all part of Sarah’s role as a coach and player of the game, she has some great advice for Australians hoping to keep playing sport through all stages of life.

“Either play sports continuously so your body doesn’t forget, or if you are just getting into sport, then slowly, slowly build up fitness and participation. Otherwise injuries arise.”

With events like the World Masters Games encouraging that level of healthy competition and camaraderie in sport, there are plenty of reasons to keep up the training and discipline through any age. Plus it’s not just about the sport, as Sarah shares.

“I’m looking forward to visiting a few wineries out of town, and going to places I’ve heard about in Auckland like Ponsonby, visiting nice restaurants and cafes, going out on the harbour, maybe sailing – all the typical New Zealand things to do.”

Is a career in fitness right for you?