One mum’s journey through IVF and out the other side 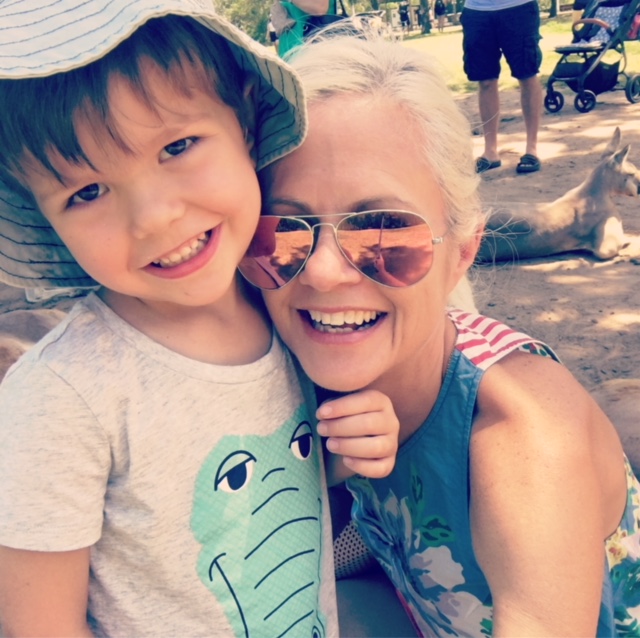 Tracey Montgomery had been in and out of IVF clinics for over four years when, in the waiting room of her favourite acupuncturist, she met a woman with a similar story. After discovering they both attended the same IVF clinic, the two women struck up a friendship. Eighteen months later, they fell pregnant. And nine months later, within 48 hours at the same Queensland hospital, their sons were born. It’s a beautiful serendipity that Tracey still can’t quite grasp.

“Our boys right now are in kindy together. We see each other every second day. […] To see our two boys growing up together, you’d think it was all meant to be.”

But like so many women going through IVF, Tracey’s road to pregnancy was long, hard, emotionally gruelling and expensive. After trying naturally for years, Tracey and her husband realised something wasn’t quite right. When tests confirmed their fears, they went straight to IVF.

“My problems were compounded by the fact that I had poor ovarian reserves and I was diagnosed with endometriosis,” she explains. And while the financial expense was expected – Tracey estimates the total cost was around $50,000 – what she hadn’t counted on were the combined physical and emotional pressures. On top of hormone-muddling medication, the regular injections and appointments demanded by the procedure put added strain on work and friendships.

“IVF is really time consuming, and to do it with a job makes it incredibly difficult. Having my own business put me in a very fortunate position, but in saying that, I had clients and staff members who didn’t know what was going on.”

Worst of all, says Tracey, was the sense of grief and failure that coincided with each failed cycle – especially the first.

“Technically [after the embryo transfer] you’re pregnant for a second. And 14 days later, when you realise it didn’t work, there’s this weird sense of grief and you think, ‘What did I do wrong?’ There’s a very profound sense of failure. In my case I don’t think I dealt with it very well.”

When describing the dreaded “two-week wait” between each cycle, Tracey says the only way to survive is to detach.

“You have to really distance yourself from the grief. […] But in saying that, it can consume you and you become obsessed.” This is an important reason, she says, to avoid online IVF forums – a piece of advice she admits she didn’t necessarily follow herself. “The forums are a different world. [...] You become very good at comparing your story with everybody else, and it’s a crazy way to do it because it’s not healthy – everyone is different.”

Another piece of advice she says is to “advocate for your own health”. “Don’t be afraid to ask questions,” she says. “In my instance, I had read there was a blood test you could take that could pick up a [rare] blood disorder [that can cause] problems falling pregnant. [It turned out that] I had that blood disorder, so I went on a different drug – and that was the cycle I fell pregnant.”

To deal with the huge emotional changes she was going through, Tracey also began to write about her IVF story on a personal blog, Champagne Days. This was also a way to keep family and friends updated, and for her to share what she was going through without having to repeat and replay her experience constantly. She describes it as a method of “self preservation”.

“If I had a really bad day, I could just blurt it out in my blog, and then get back to work and come home and cook dinner and act normal.”

But she says meeting a woman going through the same process was transformative. “It took a huge amount of pressure off me to know there was someone going through a similar experience.”

Now their boys are growing up together, Tracey is opening up more and more about IVF – and hoping other women will do the same. “There’s still a real stigma around infertility.”

Her IVF experience, she says, has changed the way she sees the world. And it’s something she wouldn’t trade for anything. “Apart from the fact I have the most extraordinary child as a result, I think as a human being I became far more empathetic and sensitive. On the outside, people can look like they have it together, but you only have to spend seven minutes at an IVF clinic at 7am to realise that everyone has a story.”