Bleeding at any time during pregnancy can be scary, but it doesn’t necessarily mean that something is wrong. 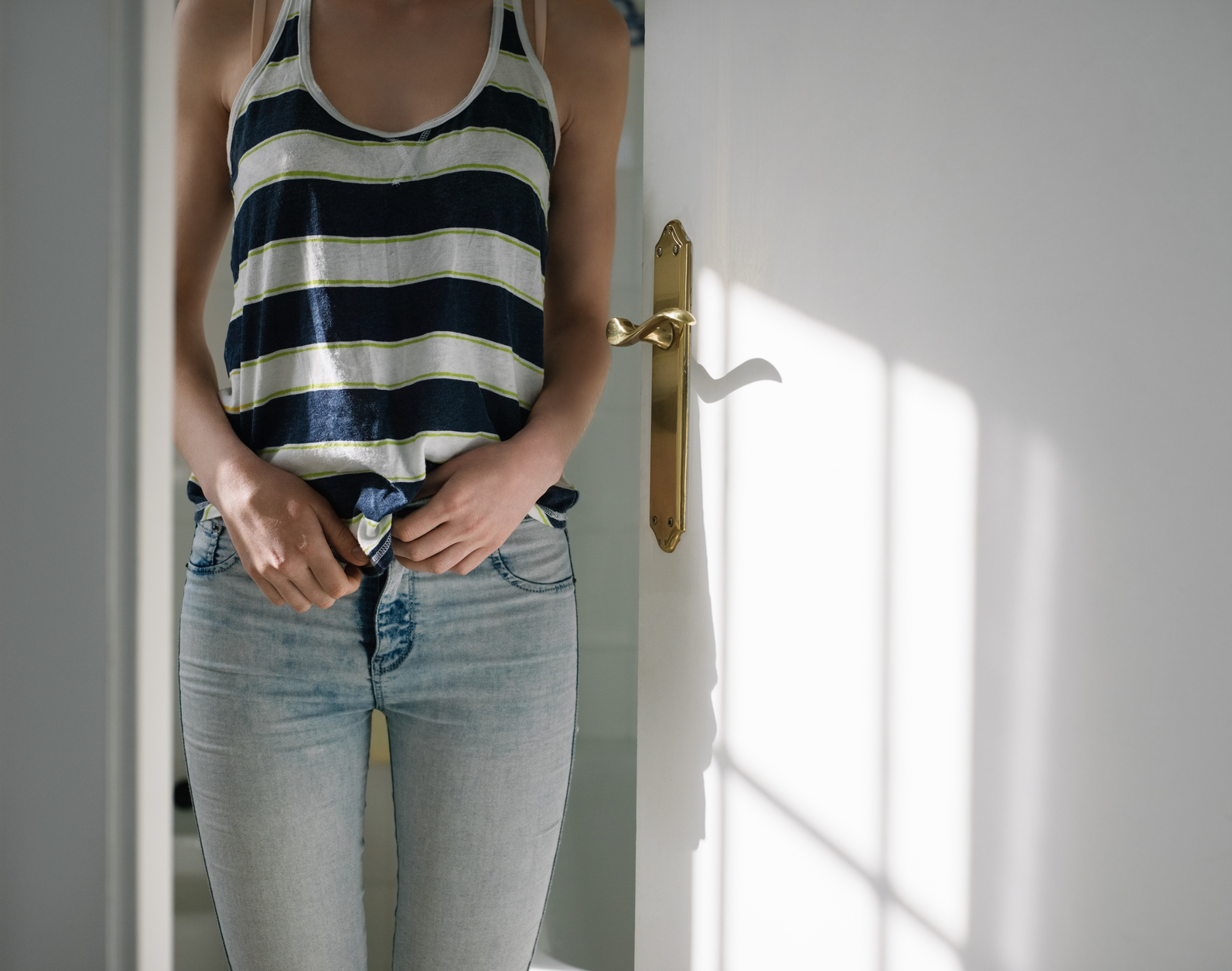 Finding blood on your underwear when you’re pregnant can be really distressing, and it’s natural to start to worry about the health of your baby. But bleeding during pregnancy is actually a lot more common than you might think. One in four women will bleed in early pregnancy, most of whom will go on to have a healthy pregnancy, and most importantly, a healthy baby.

Read on to make sure you know what is ok, and what you should watch out for.

“If you see little spots of blood on your underwear, similar to a period but much lighter in flow, that’s usually what we call ‘spotting’. The colour can vary from pink to red, or even brown” says Medibank expert, Dr. Danielle Wilkins.

Spotting is common in normal pregnancies and is usually nothing to be overly concerned about. However, it’s important to remember that not all bleeding is ok.

“If you have heavy vaginal bleeding at any time during your pregnancy, you should seek medical advice” says Dr. Wilkins. “We classify heavy bleeding as enough to soak a pad. It’s usually bright red, and may be accompanied by cramps or lower abdominal pain”.

Whenever you experience bleeding during your pregnancy, even if it’s just spotting, you should always contact a health professional to make sure everything is progressing as it should be.

What causes spotting in pregnancy?

If you’ve noticed light spotting or only a small amount of blood, there are lots of normal reasons why it might be occurring. According to Dr. Wilkins, these include:

In your first trimester:

Anytime during your pregnancy:

In your third trimester:

What to expect if you see a doctor

To find out the cause of your bleeding, your doctor will most likely ask about other symptoms, including cramps, pain or dizziness. The date of your last period is important. You may also need to undertake a vaginal or pelvic examination, an ultrasound or a blood test. Later in the pregnancy it is important to take note of the baby’s movements. The doctor will also want to know if anything may have provoked the bleeding, such as sex.

If your symptoms are mild, and your baby is still a little while away, you’ll be monitored, and in some cases, kept in hospital for observation. Depending on the cause of the bleeding and how close you are to your due date, you might be asked to stay overnight or for a longer period of time.

Where to seek help and support

Remember, while light bleeding early in pregnancy may be normal, and typically isn’t a cause for concern, everybody is different. Light bleeding could still be a warning sign that something isn’t right. So it’s always best to contact your doctor or midwife if you experience any bleeding during your pregnancy, just in case.

If you’re worried, if you have significant pain, or if you are bleeding heavily (consistent with what you might expect during the heavy part of your period, or even heavier), it’s recommended to go to your nearest emergency department straight away. This could be a sign of miscarriage or ectopic pregnancy (where the fetus is growing somewhere outside the uterus).

The pregnancy journey can be a stressful one at times, and it’s normal to feel overwhelmed and a little paranoid, when it comes to the health of you and your baby, it’s ok to be hypervigilant. If you need emotional and psychological support, call beyondblue on 1300 22 46 36 or visit the website.

Pregnancy: sharing the news with loved ones

What I wish I’d known about becoming a dad