Confession: I'm jealous of my baby

For the plus-ones of pregnant partners, waiting for a baby to arrive can be a terrifying time filled with jealousy and dread. But don’t worry, it’s normal. 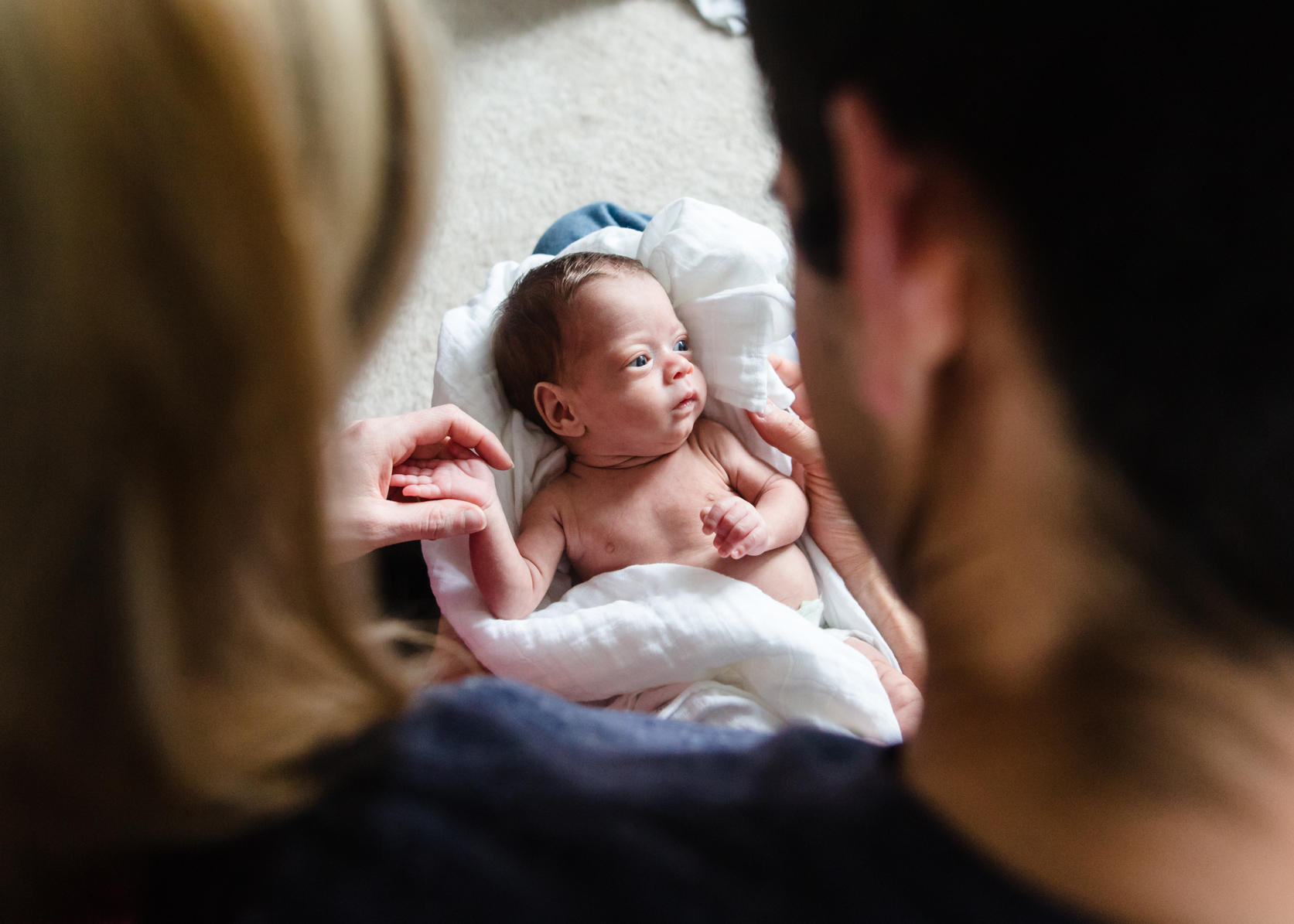 Over the past three months, Jack* and his partner have helped their eldest daughter adjust to her first year of school and welcomed a newborn into the fold. It’s been testing, tiring, and also taught the Melbourne dad-of-two a lot of lessons about how change can affect a family and what it’s like to feel jealous of a newborn.

When my partner fell pregnant with our first daughter, I definitely felt some pangs of fear and jealousy about what the future would look like and my role within our new family; I think a lot of expectant partners do.

Mostly, I tried to just roll with it as much as I could. I knew those first few years of adjusting to parenthood would be a wild ride and that I’d be getting less attention than I had previously. Whenever I felt that jealousy creeping up, I tried to remind myself to be okay with it, and if possible speak to someone close to me about how I was feeling.

By the time my partner became pregnant with our second daughter, I felt slightly more prepared, but it was still hard work and took some readjusting. It wasn’t that I was nervous about the arrivals of my daughters, but I definitely felt fear about there being less social time in my life, and a jealousy around the fact that they would command not just all of my partner’s time, but mine as well.

A newborn is the ultimate commander of everything around them and as much as you want to be bigger than that, it’s hard not to feel jealous or frustrated about that from time to time.

At first, I reacted by drinking more at home and reasoned it was okay because I was with my partner and our babies, but luckily I saw the error of my ways pretty quickly before anything got too out of hand. It did make me think about how many small behaviours men change and normalise when they’re going through such a great life upheaval, though, and that we need to be better at looking out for one another and being honest about how we’re feeling.

One of the two biggest things that has helped me overcome the jealousy whenever it has struck is my group of close mates who have kids of a similar age. We’ve all gone through similar phases of parenting, so speaking to each other and checking in has been one of the most important aspects of feeling like I’m on top of it all, even when I feel like I’m not. Now whenever something happens at home that leaves me frazzled, I reach out to another dad and we chat it out, laugh, and reassure each other that it's all worth it. And it is so worth it, even if you don’t believe it when you’re armpit high in dirty nappies and furious that your partner can’t just reply to a simple text message promptly.

The other thing that has helped is the very clear and constant lines of communication between me and my partner. Having communication as a priority generally solves all problems before they get out of hand, and enables us to vent and then make up. This hasn’t been the easiest skill to learn, but it’s definitely part of the glue that holds us together.

I also implemented some tiny, daily rituals into our life that don’t involve the kids and help keep us connected. Every night, once the kids are in bed, we watch as many comedy shows as we can while I give her a neck and foot massage and reassure her she still looks beautiful, and is still the funniest woman in the game despite sleep deprivation (which as we know is a form of torture).

For me, now, life is all about my daughters and my partner, and I think I needed that break from my own head. I’ve always really liked sitting and reading or listening to music at home and that has increased since they came along, which has been calming and centering for me --but now there’s just a few more snot-nosed interruptions and episodes of Dora the Explorer than there used to be.

Mostly, though, it’s incredible how quickly those fears and jealousies melt away when milestone moments like first smiles, first steps and first days at school occur and you realise that these things have only been achieved, in part, because of you. That’s the real thing that will get you through.

*Names have been changed

Planning a babymoon? What you need to know