What to do if your child is being bullied

Watching your child struggle with bullying can be heartbreaking. Thankfully, there are things you can do to support them, and address bullying.

“Bullying is unfortunately common,” says Dr Grant Blashki, a GP and Lead Clinical Advisor at Beyond Blue. “And it can take a few different forms as well.”

Bullying is more than just a fight. It’s an ongoing or repeated misuse of power in a relationship that’s done deliberately to cause harm.

Cyberbullying or online bullying is a subset of verbal and/or social bullying that involves sending harmful messages or pictures, or making comments, using technology like social media or mobile devices.

What are the signs my child is being bullied?

Blashki says the signs of bullying can vary, depending on the type of bullying a child is experiencing. “But generally speaking, the sort of signs we’re looking out for are a withdrawal from social activity, mood changes, poor concentration, not wanting to go to school, sleep problems and a drop in performance in terms of marks and grades,” he explains.

“So it really can be a varied, broad spectrum of things.”

Unfortunately, research also shows that in some cases bullying can even lead to self-harm or suicidal thoughts.

“We know that being bullied is associated with an increased risk of experiencing anxiety, depression and self-harming behaviours,” he says. “This is really concerning, but also presents us with an opportunity to help create change.”

How to help kids being bullied

If you know or suspect your child is being bullied, there are steps you can take to help them. What you choose to do will also depend on the type of bullying they’re experiencing, but the following tips are a good starting point.

Encourage them to confide in you. “I think for a lot of kids there’s a sense of shame or embarrassment around bullying,” says Blashki. “Or it may be that they think you, as a parent, won’t know how to help, so they avoid telling you about it.

“So it’s a bit delicate. However, if you do suspect your child is being bullied but they haven’t said as much, it’s a matter of picking a good time and a place, perhaps even when you’re doing something else like going for a walk, and just saying something like, ‘You don’t seem like your usual self at the moment’ or, ‘I’ve noticed you haven’t been spending time with your friends’ and using that as a way to ask them how they’re going.

“Be prepared that they might say they’re fine or that they don’t want to talk about it, but it’s a way of raising the issue, so that they know you’re interested and concerned, and that they can come to you when they feel ready.” 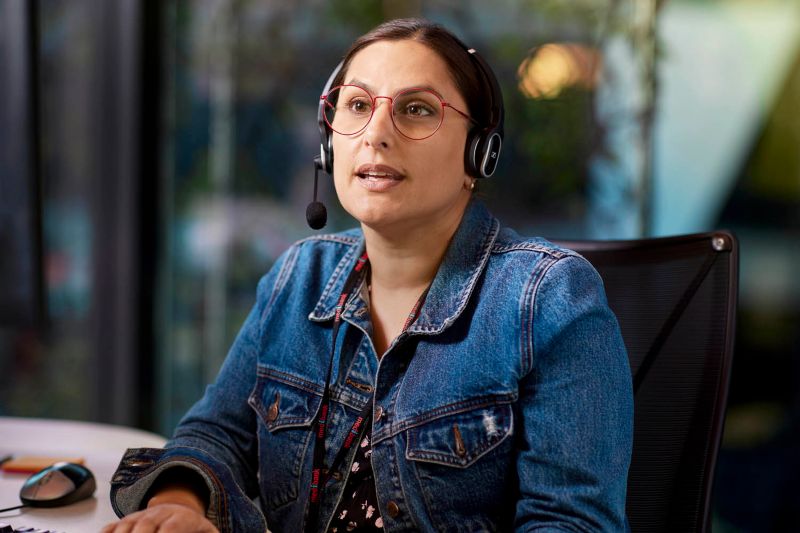 Not sure how to support a loved one? Medibank Mental Health Phone Support can help.

Members with hospital cover can talk to a mental health professional any time of the day or night at no extra cost. Δ~  Watch our Mental Health Phone Support staff talk about how they can support you when you are worried about a loved one.

Treat it seriously. According to headspace, young people report that one of the worst parts of bullying is feeling like they’re going through it alone or that they’re being ignored. Remember – bullying is not okay or just a normal part of growing up. “So when your child does open up and tell you they’re being bullied, take it seriously,” says Blashki. “And listen instead of trying to jump in with an instant solution.”

Keep your cool. Never advise your kids to retaliate or “bully them back”. “And while it’s tempting for parents to want to jump in, intervene and ring the other kid’s parents, I think keeping a cool head and managing things in a calm, systematic way always works better,” says Blashki. The same advice applies if your child is experiencing cyberbullying. Take some time to consider the best course of action, with the help of resources like those provided by the eSafety Commissioner.

Consider engaging the school. Bullying can happen anywhere, but if it’s in any way related to your child’s school group, consider asking the school for help. “Most schools have a pretty robust bullying policy these days, so approach the school and ask for their support,” says Blashki.

Document it. This is really important, particularly when it comes to cyberbullying. As much as possible – and is legal – take and keep things like screenshots of everything from comments and pictures to messages that your child has received in relation to the bullying they’re experiencing. If the bullying behaviour continues and you want to report it, you may need this evidence.

Lean on support services. If you feel like your kids might benefit from talking to an objective support person, encourage them to reach out to Kids Helpline or, if they’re aged 12 to 25, to headspace.

Look after yourself, too. “This can be a really time stressful for parents,” says Blashki. “You might be feeling a mixture of anger, agitation or even self-blame that this is happening. If you find that you’re not coping as a result of what your child is experiencing or that it’s becoming an obsession for you, get in touch with us at Beyond Blue or get along to see your GP who’ll be able to help.”

Medibank members with hospital cover can also call the 24/7 Mental Health Phone Support service on 1800 644 325 to chat with a mental health professional.

Working closely with mental health experts, we have created this online space to provide easy access to a range of clinically reviewed tools to support your mental health needs. Information, advice and practical advice you can take in at your own pace, in your own terms.

Things you should know

Δ    For members with hospital cover. Some referred services may involve out-of-pocket costs.