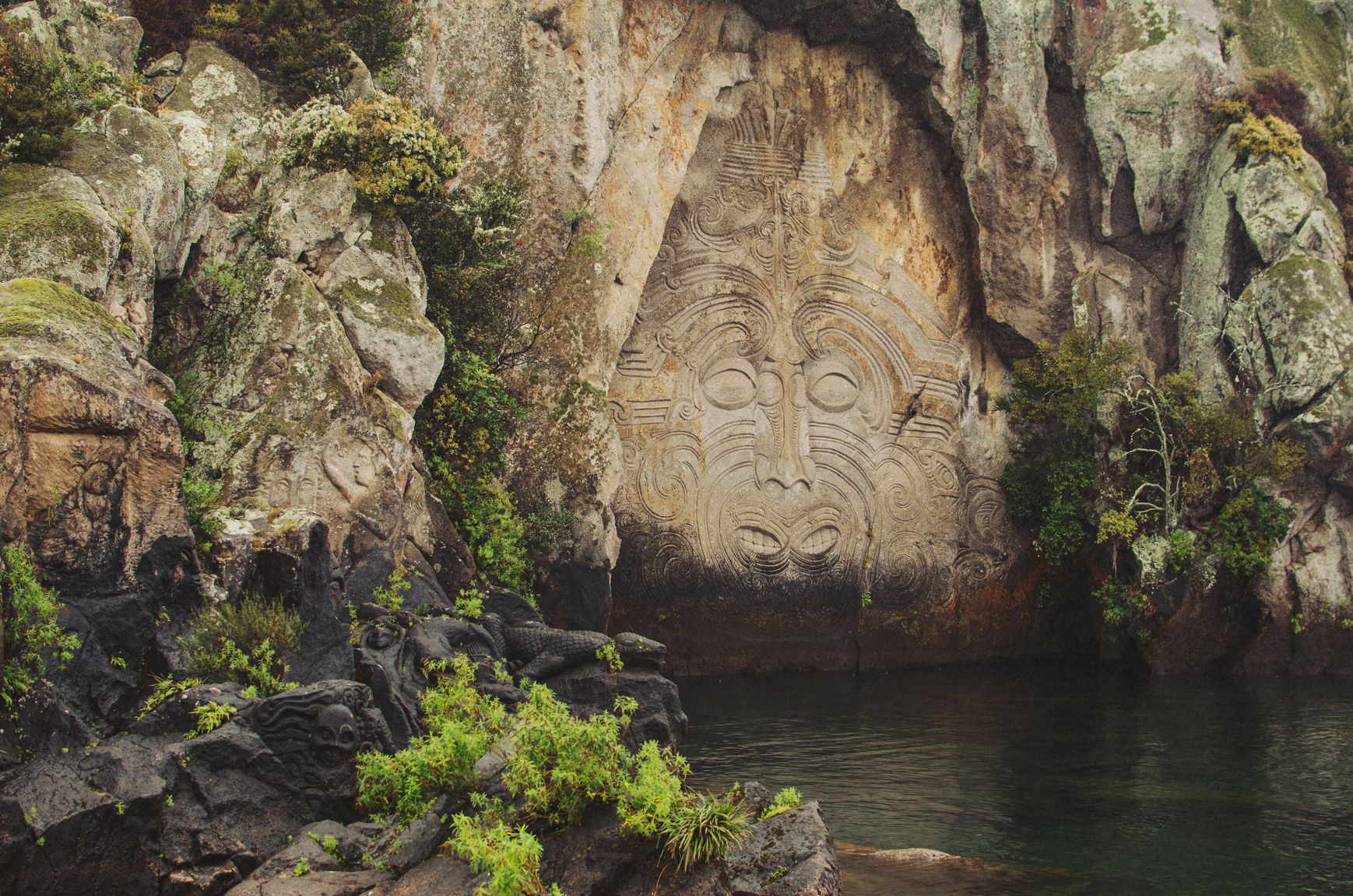 With its rugged coasts, plunging fjords, towering mountains and geothermal marvels, it’s little wonder New Zealand is widely thought to boast some of the most beautiful scenery in the world. The dramatic landscapes stretches across the north and south islands, and while each has its own unique flavour, the spectacular scenery and wild wilderness span the two.

New Zealand is a hop, skip and a jump over from Australia, and caters to any type of holiday, be it road-tripping, bike riding, cruise lining or hiking. With no language barriers and a relaxed, down-to-earth vibe, it’s a delight to explore.

Whether you’re journeying for the adrenaline-fuelled activities of Queenstown, all set for a ski New Zealand adventure, kicking back on the shores of Lake Wanaka enjoying a glass of the country’s world famous wine, or wallowing in the bubbling thermal springs of Rotorua, New Zealand is a majestic country ripe for exploration.

The largest city in the country, Auckland’s heart lies on the water, with the sparkling Waitemata Harbour a beautiful backdrop to an evolving waterfront precinct.

With magnificent beaches only a stone’s throw away, a thriving local wine region, outlying holiday islands and a buzzing restaurant and bar scene, Auckland is a convenient first glimpse to all the natural and man-made beauty New Zealand has to offer.

Stay in the harbour-side suburb of Ponsonby for a glimpse of Auckland’s superior foodie scene; try long time local favourite Prego or the innovative Orphan’s Kitchen . If you’re feeling thirsty, catch a ferry for a tipple to the beautiful Waiheke Island - also known as “The Island of Wine”.

Queenstown packs a punch whether your itinerary leans towards action and adventure or soaking up the scenery. Situated on the shores of Lake Wakatipu, this destination is an adventure-lover’s paradise with every conceivable heart-racing activity on offer. Zip-lining, bungee jumping, sky diving or jet-boating, glimpse the spectacular surrounds in eye-popping fashion.

If a slower pace is more your thing, there’s plenty of epic landscapes in Queenstown to soak up while out hiking, on a scenic chopper ride, gliding down the ski slopes or just sitting by the lake at dusk.

Queenstown is a great jumping off point to explore the magical fjords further down south or pretty Lake Wanaka to the north.

While New Zealand’s reputation may lie in its awe-inspiring landscapes and breathtaking scenery, don’t pass the capital Wellington over in your rush to hit the hills. This pretty harbour and hillside city is the cultural lifeblood of the country and its compact size, artsy vibe, hip restaurants and fascinating museums make Wellington an excellent stopover.

While the downside of the bubbling geothermal hotspot of Rotorua is the whiff of rotten egg that hits you before you arrive at this small city, it’s surprisingly quick to get used to and, after a short time, is hardly noticeable. Rotorua’s drawcards are the natural hotsprings, fiery geysers and boiling mud pools are wildly popular with travellers keen to soak in the rich mineral waters while immersing themselves in the region’s fascinating Maori culture.

While in Rotorua, take part in a hangi feast, a traditional Maori style of underground cooking, dabble in a spot of trout fishing or just lather yourself in oozing mud on one of the world’s most lively geothermal fields.

Around three hours drive or a short flight north from Auckland is a beach lover’s paradise, the Bay of Islands. These 144 islands dot the waters between Cape Brett and the Purerua Peninsula and are both an idyllic spot to holiday and a site of enormous historical significance as the birthplace of New Zealand’s European colonisation.

Get amongst the Bay of Islands via boat charter or sea kayak and while on land, enjoy the region’s stunning beaches, explore its many walking tracks and head to Treaty House on Paihia, site of the signing of the Treaty of Waitangi.

The Maori people are the tangata whenua, indigenous people, of New Zealand. While the haka, their ancient war dance, is known around the world thanks to the All Blacks’ pre-match ritual, there is a wealth of customs, rituals and traditions to learn during your travels to New Zealand. Te papa museum in Wellington has a strong Maori collection and is a fascinating place to start.

For over a century, these mysterious tunnels and their starry glow have enchanted visitors. A must-see destination on the North Island, Waitomo is home to a labyrinth of limestone caves with twinkly glowworms illuminating their dark recesses.

Lord of the Rings

Since its magnificent landscape was chosen to depict Middle Earth in the epic Lord of the Rings series, New Zealand and the realm of hobbits, elves and dwarves have been inseparable. Film fans can tour the home of Bilbo Baggins and key movie locations throughout the country.

New Zealanders have a wonderful appreciation for nature and all it offers, all too evident in the thriving wine regions and produce festivals held throughout the country.

Take some time to explore the world class wine regions of Hawkes Bay, Martinborough, Marlborough and Central Otago. Enjoy Pacific Rim cuisine including plump Bluff oysters - celebrated at the annual Bluff oyster festival in May, fresh greenlipped mussels – synonymous with the coastal town of Havelock in the Marlborough region, and tender spring lamb.

Kaikoura, found on the east coast of the South Island, is one of the only places on earth where you can spot sperm whales all year round. At certain times of the year, Orca (November to February) and humpback whales (June to July) can be spotted, and dolphins are an almost daily sighting.

The largest freshwater lake in the southern hemisphere, Lake Taupo is a wonderland of water-filled fun, whether you’re hunting down adventure or just a spot to relax. Skim over Lake Taupo on a kayak, blast through on a water-ski and while you’re out, take a peek at the huge Maori rock carving at Mine Bay.

Home to New Zealand’s most popular Great Walk, Abel Tasman National Park is the smallest national park in the country but doesn’t disappoint as far as coastal paradises go. A beautiful blend of sparkling waters, golden sand and bushland, it’s a magic destination just 60km north of Nelson, New Zealand. Cool off after hiking the Abel Tasman Coast Track with a refreshing swim in the beach and turn in for the night in luxury lodges or out under the stars.

Surrounded by ocean and buffeted by some serious winds from the Tasman Sea and the Cook Strait, New Zealand experiences climactic extremes and a variety of micro-climates.

Average temperatures run around 25°C in summer (December to February) and 10 to 13 °C in winter (June to August), with temperatures on the South Island typically a few degrees cooler.

The high season of travel is over the warmer months, from November to April, however bear in mind that a maritime climate prevails over the country, so be prepared for swift weather changes at any time if planning outdoor adventures. For those keen to ski in New Zealand, the winter high season runs between June to August with temperatures running as cold as -10°C on the South Island.

There are no required vaccinations for travel to New Zealand, however ensuring all routine vaccinations are up to date prior to travel is strongly recommended including tetanus, diphtheria, whooping cough, polio, measles, mumps and rubella and chicken pox. Consider hepatitis B for this trip if you are a frequent traveller or intending a long stay abroad.

Violent crime is not common in New Zealand and its cities are considered very safe by international standards, however general precautions and common sense is always advised. Car theft is more common, with travellers’ often seen as easy targets particularly at major tourist car parks. Ensure valuables are not left in your vehicle and you carry your passport with you.

With so many visitors venturing into the great outdoors, make sure adequate preparation and planning is undertaken prior to getting started, particularly protection from the elements.

In case of an emergency in New Zealand, telephone 111 for police, ambulance and fire brigade.

While a stronger local dollar has pushed prices northward, New Zealand can still be a relatively affordable country to visit, depending on your travel agenda. Adrenaline activities quickly eat into your travel budget, whereas soaking up the scenic view on a hike offers a much cheaper thrill.

There’s plenty of accommodation at both ends of the scale, from luxury retreats, upscale hotels and boutique B&Bs to camp grounds and hostels. Similarly, in major cities food options from simple fare to fine dining are in abundance, however prices do tend to jump in more remote locations.

More than just a stop over: Plan your trip to Singapore

Explore the highlights of Japan