Seaweed meadows, blue whales and the best seafood this side of the Tasman. Here's more to explore. 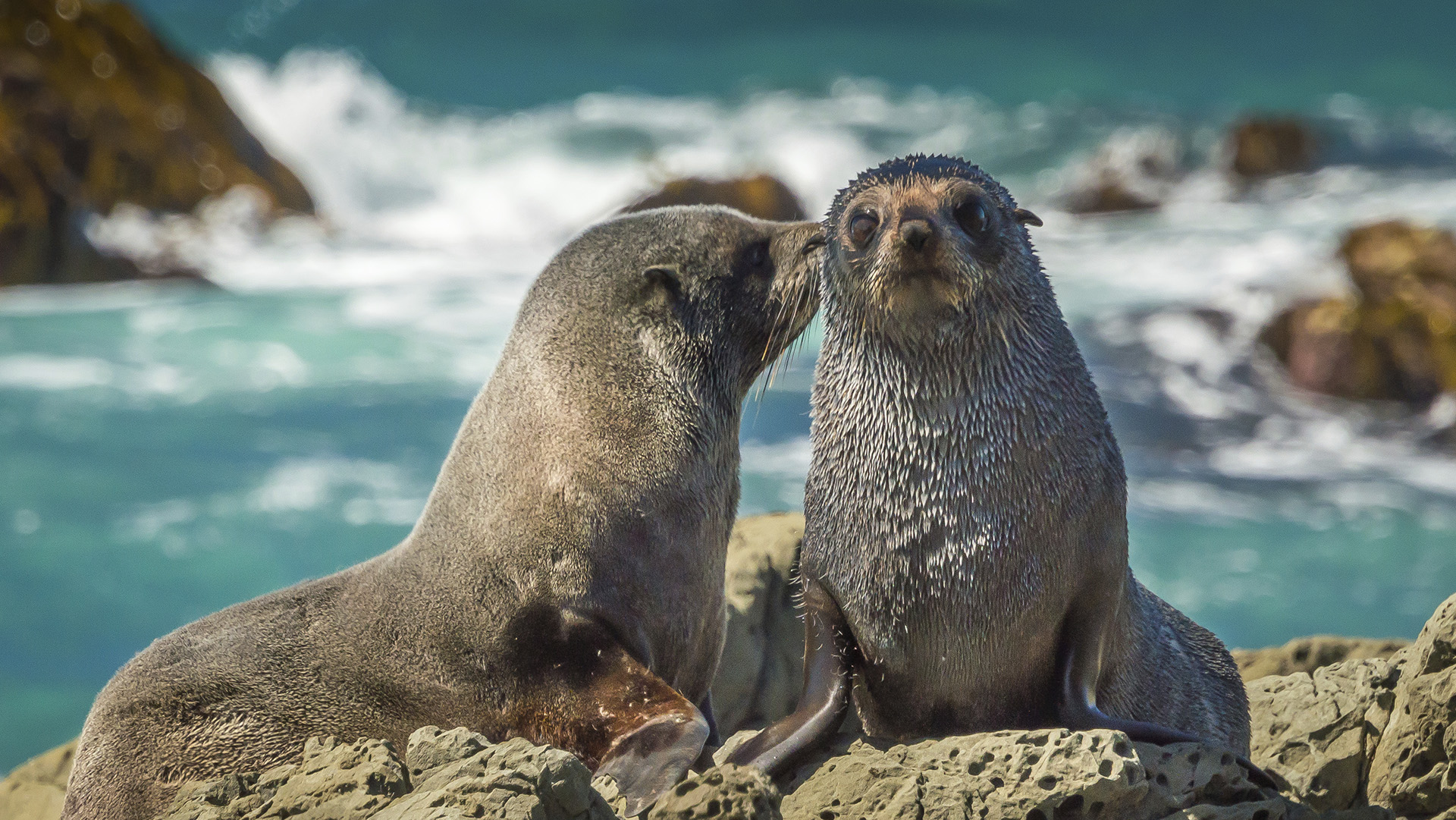 New Zealand is blessed to have dramatic coastlines and picturesque offshore islands, where marine reserves allow a host of beautiful sea creatures to live in a natural habitat.

South Island visitors are free to enter these unspoiled reserves and marvel at the prolific sea life. The fish populations can be 40 times higher than areas outside the reserves, and they are completely protected from exploitation by fishing and gathering.

Here, New Zealand Tourism shares a few of the best marine reserves to explore along the southern seas.

Abel Tasman is one of New Zealand’s busiest national parks. Tonga Island lies within the national park, about a kilometre from Onetahuti beach.

This small island is extremely popular with hikers on the Abel Tasman Track and kayakers paddling from Marahau to Totaranui. Snorkelers and scuba divers can easily access the island by water taxi or private boat.

You’ll find this lovely part of the world great for spotting cute little penguins and cavorting with dolphins. Baby seals just love to roll over and play, mimicking your underwater antics with an impressive agility and grace.

The best snorkelling in the reserve is around the smooth granite rocks between Tonga Quarry and Foul Point. Scuba divers enjoy the reef systems in the north of the reserve. Look for species such as triplefins, wrasse, blue cod, snapper, tarakihi and moki.

There are few places on earth that possess the magic of Kaikoura, the marine mammal capital of New Zealand.

The nutriment-filled waters draw in giant sperm whales and the southern right, blue, humpback and killer whales. Watch out for acrobatic dusky dolphins, common and bottlenose dolphins, and even the rare Hector's dolphin. Fur seals also inhabit the coastal waters, interacting with humans and showing off their athletic skills.

Kaikoura Township is a leading tourist destination where fresh seafood is always on the menu, especially lobster. It’s a diver’s paradise among the luxuriant stands of bull kelp and seaweed on the coastal reef systems.

Punakaiki, halfway between Greymouth and Westport, is the gateway to the dramatic limestone country of Paparoa National Park.

Dolomite Point’s famous Pancake Rocks were formed 30 million years ago when lime-rich shells on the seabed were overlaid by soft mud, raised by earthquakes and etched out by the sea forming rock stacks and blowholes.

You will find a wonderful slice of West Coast life here with wild rocky shores leading down to rolling, windswept seas. Diving is very dependent on weather and sea conditions, so local advice is needed.

Blue penguins and Hector’s dolphins are common and albatrosses, petrels, terns and gannets are often seen soaring on the winds and thermals.

This quiet corner of Akaroa Harbour under Gateway Point is a new marine reserve with a spectacular coastline of volcanic cliffs, wild sea caves and unusual rock stacks.

The sea floor is between 18-30 m deep with good populations of blue cod, butterfish, moki, leatherjackets and white pointer sharks. Seals haul out along the rocks edging the reserve.

Akaroa Marine Reserve is home to the world’s smallest dolphin – the 1.4 m long Hector’s dolphin, which is very playful and loves to approach human visitors. Many whale species also visit the area, including humpback, southern right and blue whales, along with common and dusky dolphins.

Scenic Paterson Inlet is an ancient drowned river valley tucked in behind Oban in Half Moon Bay. At the entrance is Ulva Island/Te Wharawhara Marine Reserve, established in 2004.

The mixing of warm subtropical and cold sub-Antarctic waters around Stewart Island produce a great diversity of marine life in the idyllic, secluded inlet.

Seek out the rare ancient filter feeding shellfish. Brachiopods are here that were abundant 300 million years ago. They live happily here among 260 varieties of seaweed.

Plan your New Zealand adventure and get more ideas at newzealand.com

Travel better with Medibank travel insurance. Find out more and get a competitive quote today.

7 ways volunteering can improve your life