Whether you’re after a sun-soaked beach holiday, thrill seeking adventure or a trip back in time, Greece has plenty to offer. 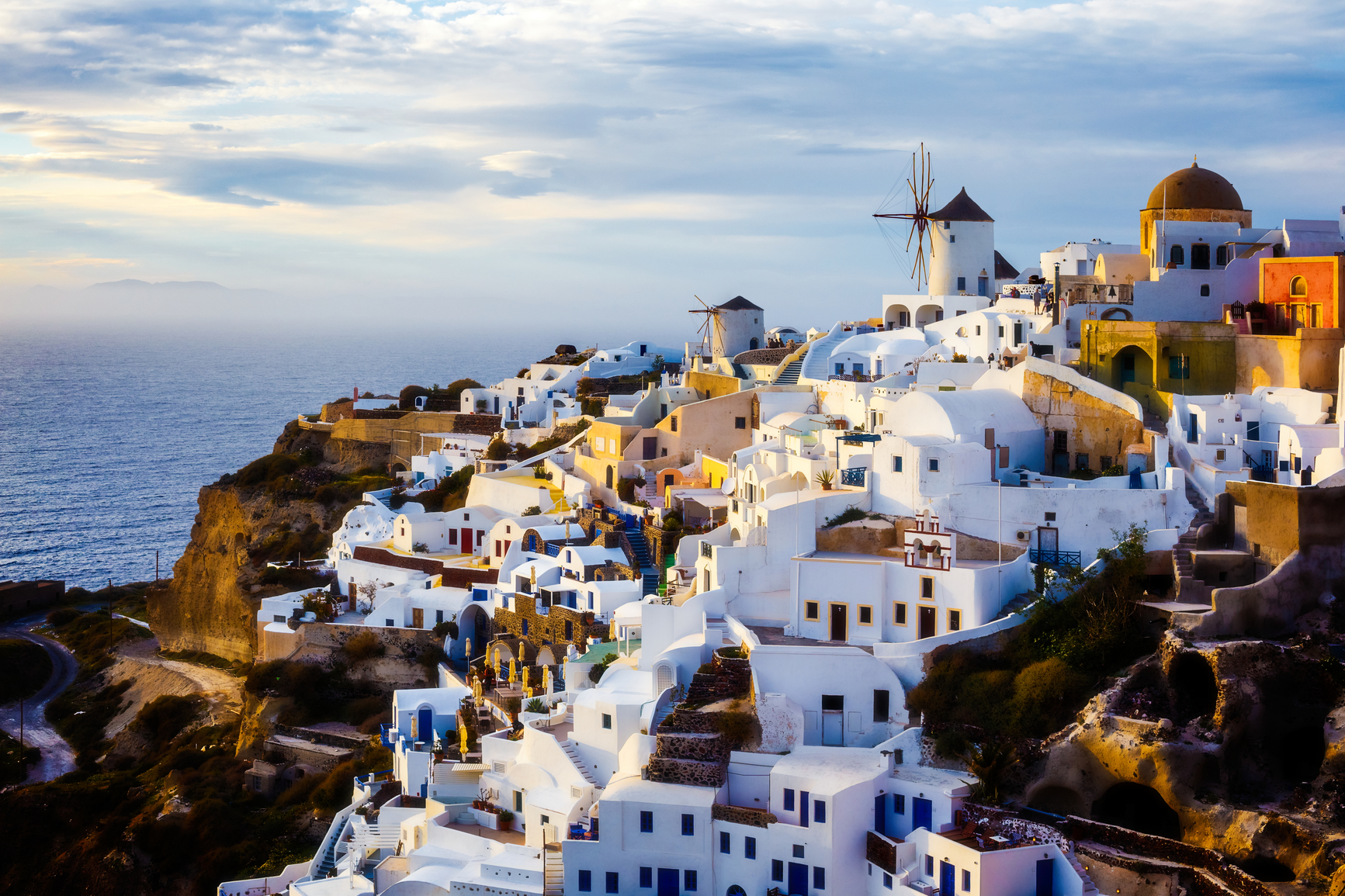 With ancient, sun-bleached ruins, picturesque beaches and mouth-watering cuisine, it’s not surprising that Greece has become a popular destination for Australian travellers. Sometimes referred to as the birthplace of Western civilisation, the idyllic vistas of Greece span across thousands of islands, each offering distinct cultural and natural wonders. Whether you decide to cruise the islands, hike along the coast or explore ruins that time left behind, Greece is a spectacular country to discover.

Often referred to as the party animal of the Cycladic islands, Mykonos is Greece’s answer to Ibiza. If you’re keen to party, head to Paradise or Super Paradise beaches where you’ll find wild clubs and bars. For a more relaxed holiday visit Elia, a popular family beach, or discover the quiet charms of the island’s capital, Hora.

To reach Mykonos, there are regular ferries from Athens’ ports of Rafina and Piraeus as well as neighbouring islands. During the peak tourist season, high-speed catamarans link Mykonos to other Cycladic islands.

Ferries depart from the Piraeus port (located 20 minutes by train outside Athens) and arrive in Santorini at the Athinios port.

MORE: Travelling overseas? Here’s how to take carry-on only

Rhodes is the largest and historically most important of the Dodecanese islands with beaches, wooded valleys and plenty of ancient historical sites. Visit the old town to walk through a maze of cobbled streets and see the Palace of the Grand Master, one of the few examples of Gothic architecture in Greece.

Located in the Ionian Sea, Kefalonia offers scenic landscapes and hidden gems to explore. Argostoli, the island’s capital, features monuments left over from the 19th century British Protectorate period, markets and its famous Robola wine. Kefalonia is also home to Mt. Ainos, the highest mountain in the Ionian. For a hidden adventure, visit the underground Lake Melissani and marvel at the radiant turquoise water.

Crete is the largest of the Greek islands, with beaches in the north and rugged canyons on the southern coast. The island is home to the Palace of Knossos, a monumental symbol of Minoan civilisation. If adrenaline is your thing, Crete also offers bungy jumping, rock climbing and mountaineering in Hania.

Greece is mostly sunny throughout the year, though the northern part of the country can become very cold during the winter. July and August are the busiest months, but also have the most frequent ferry services between islands.

Measles is common in Greece so it is important to make sure that your vaccinations are up to date. The West Nile virus (WNV) can also occur so use insect repellent and ensure your accommodation is insect proof. Private hospitals are expensive and if you’re seriously ill or injured on an island, you may be evacuated to Athens. Make sure your travel insurance covers this.

The Australian government advises travellers to “exercise normal safety precautions” when travelling to Greece. It is important to be aware of petty crime and theft, especially in tourist areas. Drink spiking is also a risk, so don’t accept drinks from strangers or leave drinks unattended. Protests have also taken place in Athens so it is important to avoid affected areas.

A trip to Greece can be expensive, especially when you factor in an airfare from Australia. But there are plenty of ways to cut costs to make it a more affordable experience. Many locations offer cheaper accommodation in off-peak months, and staying in hostels or short-term holiday rentals can cater to a lower budget. Touring the islands by boat can also be a cost effective way to see as much as possible.

The science behind mindfulness