An Australian-first pilot program exploring whether diet and exercise can be effective in helping patients with chronic knee pain has seen one participant lose 22kg, avoid surgery, and return to marathon running.

Early results from an Australian-first pilot program exploring whether diet and exercise can be effective in helping patients with chronic knee pain has shown a return to marathon running is possible with the right support.

Better Knee, Better Me™, developed by Medibank and University of Melbourne in partnership with Austin Health, is a six-month pilot program designed to prevent the need for knee replacement surgery, through exercise, pain management and weight loss.

Medibank’s Head of Preventative Health Dr Catherine Keating said the first program graduates have lost between 10-15 kilograms, and they have also seen improvements in pain levels.

“The early results show that providing evidence-based personalised support by physiotherapists and dieticians over the phone or via video conferencing can substantially improve the health outcomes and quality of life for people with chronic knee pain,” Dr Keating said.

“67 per cent of Australians are overweight or obese, and 1 in 2 Australians do not get enough exercise to maintain their health. Nationally between 2006 and 2016, there was a 36 per cent rise in knee replacements for osteoarthritis, so this is a growing problem for our community.

“Medibank research found that customers were looking for more support in how to manage their weight to delay joint replacements. Up to 90 per cent of people hospitalised for total joint replacements in Australia are overweight.”

University of Melbourne researchers are evaluating how patients respond to the program by observing pain levels, ability to perform daily tasks and their overall quality of life. Patients will be monitored for up to five years to see whether they require surgery.

Medibank customer and pilot participant Paul Saunders has lost 22 kilos as a result of the targeted physiotherapy and dietetics support, and says Better Knee, Better Me has changed his life.

“I listened to what the experts were telling me in my one-on-one consultations, and when I put it into practice, the weight started falling off,” Paul said.

“I’d had two previous knee surgeries which had done nothing to alleviate the pain I lived with daily, and four years ago I had to give up running. I weighed the same my whole life, but running was more than a passion - it helps to improve my lung function and delays the need for me to have a lung transplant as a result of a genetic disorder.

“Better Knee, Better Me has changed my life. I’m a lot more active now – I used to do marathons and iron man competitions, so this has given me my freedom back and I ran a 10 kilometre competition recently for the first time in four years.” 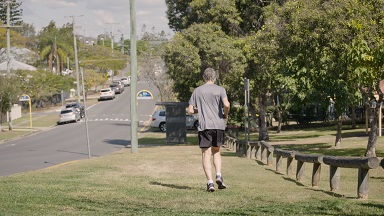 Medibank paid $291 million in benefits towards total joint replacements last year, one of the most common surgery types of our customers, and supports between 6,000 to 7,000 knee replacements each year.

40% of participants in the Better Knee, Better Me program live outside metropolitan areas, showing Medibank’s commitment to providing access to vital services in regional areas.

“Better Knee, Better Me is also about breaking down the barriers for regional and rural customers and ensuring they can access high quality healthcare to help them live happier and healthier lives,” Dr Keating said.

Healthcare trends and innovations 2022 and beyond