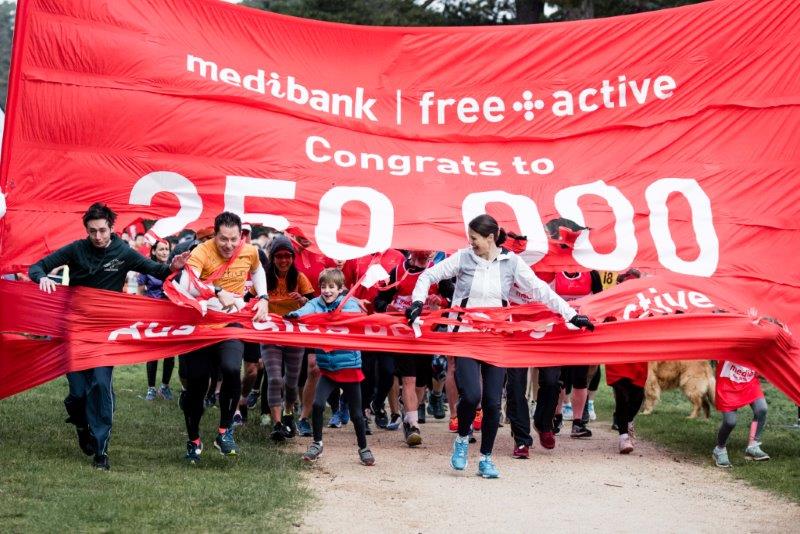 The number of active Australians has reached a 10-year high, with almost half a million taking up exercise in the last year alone, according to new Medibank data.

“When we launched the program last year, we made a commitment to help 1.5 million Australians get active in mind, body and community by 2022 through partnering with community organisations that share the Free + Active vision. In 12 months, we’ve opened more than 50 new events across the country, helping us achieve our year-one goal of reaching 250,000 people, and we look forward to continuing our efforts over the next four years.”

Findings are a step in the right direction

The data, from the Medibank Better Health Index1, reveals 9.7 million Australians are now physically active, up from 9.2 million one year ago2. This represents a significant uplift of 452,000 people in just 12 months, and an increase of 2.6 million over the last 10 years3.

According to Medibank data, the last 12 months have also seen an increase in our national exercise expenditure, with our collective investment rising from $7.1 billion to $7.7 billion in the last year, and the average person now spending $504 on exercise annually -- up from $473 in 20174.

Medibank Chief Medical Officer Dr Linda Swan said, “These findings reveal that as a nation, we’re showing signs of prioritising our physical health. However, despite these efforts, it is important to bear in mind that almost one in two Australians remain inactive, showing we still have a way to go if we’re going to combat inactivity en masse.”

When it comes to staying active, a lack of motivation was listed by Australians as the biggest barrier (57 per cent), followed by the high cost of certain exercise programs (37 per cent), and not having anyone to exercise with (31 per cent). Additionally, while 84 per cent agree they feel better both physically and mentally when they exercise, 38 per cent admit they struggle to get started.

To find a Medibank Free + Active event in your local community, visit Medibank.com.au/FreeAndActive.

4. Medibank commissioned research, conducted by ACA Research between 11-17 July 2017 (surveying 1,000 people) and 27-31 July 2018 (surveying 1,004 people). All results are compiled from an online survey of Australians 18+, with quotas set based on the latest population estimates sourced from the Australian Bureau of Statistics.

The healing power of sport