The Huddle: Engaging youth through sport 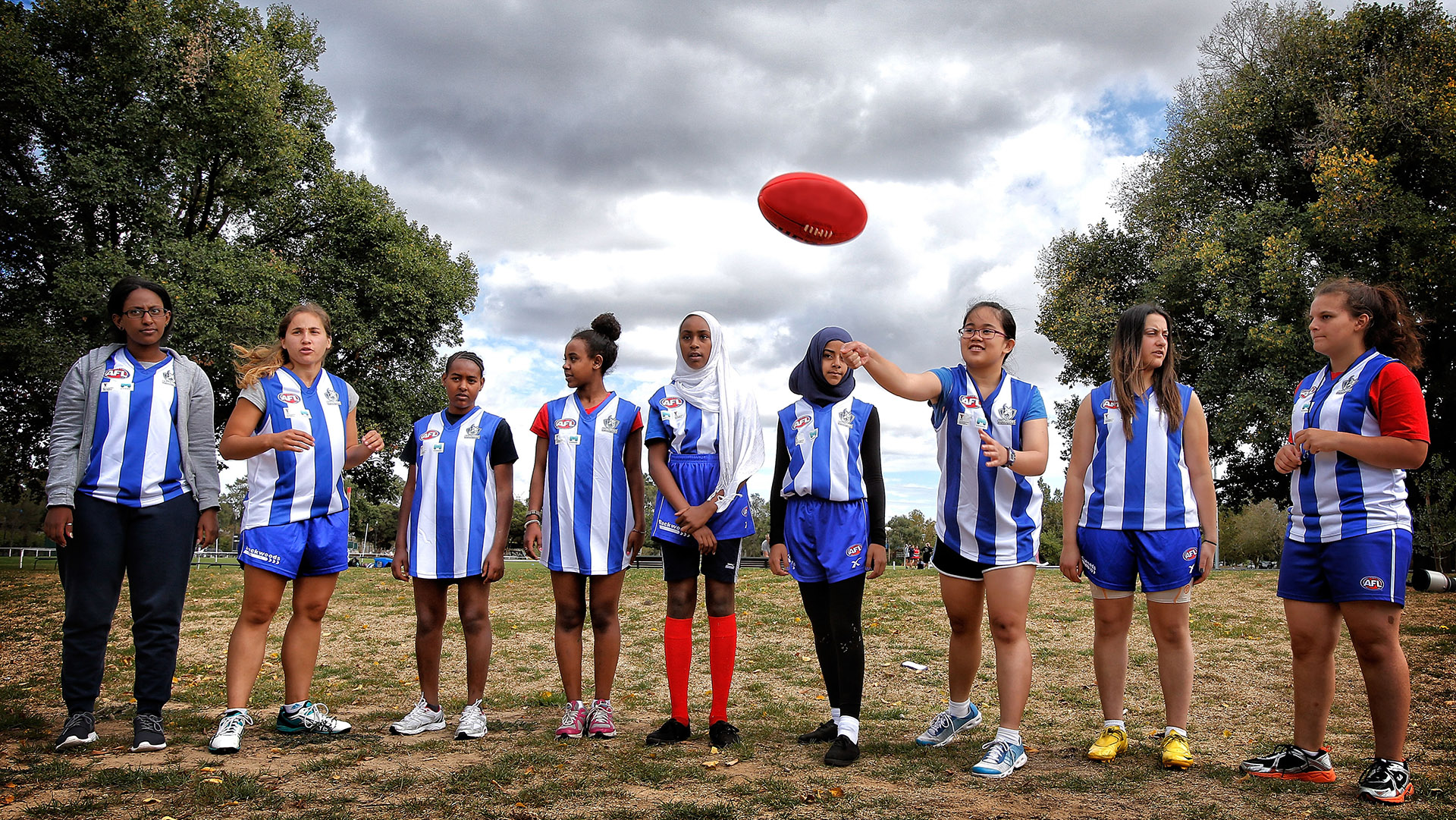 For thousands of young people from low socioeconomic backgrounds across Melbourne, The Huddle provides opportunities to learn new skills, engage in sports, and be a part of a supportive social community.

This project is an initiative of the North Melbourne Football Club, the Scanlon Foundation and the Australian Multicultural Foundation. Through technology, sport, positive education and mentoring, it aims to engage young people and develop them into leaders and active community participants.

A Medibank Community Grant has helped The Huddle further its Hop On program, designed to develop connections between young migrant families and the community through sport.

We asked the good people behind The Huddle to share some background on the wonderful work they’re doing in the community.

How did The Huddle come about?

The Huddle was established in 2010 with the aim to enhance social cohesion by addressing the causes of disengagement among young people.

We understand that many young people face significant barriers to education and employment – things that are fundamental to a person’s capacity to contribute to, and participate in, everyday life. We focus on understanding each participant or group’s unique needs and offer a range of activities to empower young people to make positive and lasting contributions to their community.

Our approach is underpinned by partnerships with philanthropists, corporates and government, and is supported by a dedicated workforce including 200 skilled volunteers, many from local businesses and schools, who contribute almost 4,000 hours a year.

"The Huddle programs have so far engaged more than 40,000 young people from low socioeconomic communities."

Who visits The Huddle?

The Huddle programs have so far engaged more than 40,000 young people from low socioeconomic communities, with a focus on supporting people from newly arrived migrant and refugee backgrounds across the areas of North Melbourne, Flemington, Kensington and West Melbourne.

More recently, The Huddle’s programs have grown to support youth in some of Australia’s fastest growing municipalities, including Wyndham and Hume.

The young people who frequent The Huddle are from as far away as Sudan, Somalia, Eritrea, China, Syria, Ethiopia and Iraq. The Huddle provides a supportive and inclusive environment for everyone, from everywhere.

We build programs on demand and work with young people typically between the ages of 12-25, but also primary aged students, engaging them and their families in sport and education programs too.

What activities and programs are offered?

Everything from career guidance, to leadership, sport to education. We see over 100 people through the doors in any given week. We celebrate diversity and we will try everything – if it doesn’t work, we learn and make it better.

We also provide platforms for young women, empowering them through our ‘Sisters through Sport’ program, which aims to break down barriers to participation. We run bike programs, soccer days, cricket and tennis in summer, and of course AFL throughout the winter months.

How did the Medibank Community Fund help you in reaching your aims?

The Medibank Community Fund grant enabled us to run Hop On, a structured program of sports for primary school aged migrants. Hop On is run in local housing estates by trained staff in partnership with volunteers, state sporting associations, and local organisations such as Victoria Police.

The inner north west of Melbourne is an area of considerable diversity. More than two thirds of residents are either first or second-generation migrants, most from refugee backgrounds, and isolation for newly arrived families is common.

With up to six sports on offer over the year, children have learnt skills and developed a better understanding of teamwork, all while getting fit. We have worked with parents to help them support their children's play as team helpers and volunteers, and as participants too.

By running programs in parks and centres next to local public housing, we encourage ongoing physical activity, beyond program days. And by engaging local organisations, volunteers (including Medibank staff) and state sporting associations, we have developed connections between newly arrived families and the broader community, helping to develop language, local knowledge, friendships and more.

Learn more about The Huddle and other community projects supported by the Medibank Community Fund.

Sun safety: How to protect your eyes